Prominent leaders from nine indigenous peoples of the Amazon say the Acre State branch of Brazil’s powerful Indigenous Missionary Council (CIMI) is intentionally sabotaging a program that has enabled them to save their forests. In an open letter dated July 31, 2017, they called on prominent Catholic organizations to investigate CIMI Acre. Here is the full text of that letter. 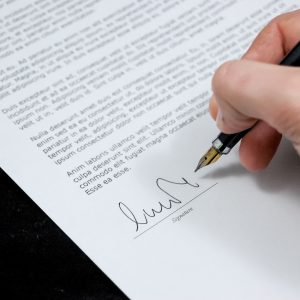 1 Sept 2017 | The Indigenous Missionary Council  – known as “CIMI” (for “Conselho Indigenista Missionário”) – has often sparred with elected indigenous leaders, and it engaged in a high-profile feud with the Amazon Working Group in 2015, after the Working Group – a network of 600 small nonprofits generally known by its Portuguese acronym, “GTA” (for “Grupo de Trabalho Amazonico”) – accused CIMI of fomenting dissent among members of the Paiter Surui indigenous people in an effort to undermine the Surui Forest Carbon Project.

In July, indigenous leaders accuse CIMI Acre of trying to disrupt the state’s System of Incentives for Environmental Services  (Sistema de Incentivos a Serviços Ambientais  / “SISA”), which funnels carbon finance to indigenous people to promote sustainable agriculture. CIMI has long argued that market-based systems are not compatible with indigenous traditions.

Although the letter was sent in July, the English translation just became available today. We are posting this for information purposes, but have not yet been able to reach CIMI or the other organizations addressed. We will follow up and post their responses as soon as possible. Here is the full text of the letter:

We indigenous and agroforestry leaders and agents of the Huni Kui, Jaminawa, Ashaninka, Nukini, Nawa, Yawanawa, Katuquina, Puyanawa, Shanenawa e Shawãdawa peoples, gathered here in Rio Branco, at the Forest Peoples’ Training Center on July 28-31, as part of the General Assembly of the Association of the Movement of Indigenous Agroforestry Agents of Acre (Assembleia Geral da Associação do Movimento dos Agentes Agroflorestais Indígenas do Acre– AMAAIAC), come to inform the public that we will not tolerate the irresponsible actions of a group of people who, opposed to the REDD+ mechanism in Acre, is making declarations using the name of indigenous peoples in order to legitimize their criticisms.

This group holds meetings and other gatherings, and references our peoples without actually saying who the indigenous people who participate in these meetings are. On one occasion, this group presented signatures of various indigenous people, being cowardly enough to deceive those who signed, as the discussion on REDD+ and environmental services is highly complex and took six years to understand, from 2007 to 2012.

It is a fact that this group is in bad faith in it’s discussions about the forest and indigenous peoples,as, for example, what occurred at the COP 20 during the panel of the Governors’ Taskforce on Climate and Forests. Here, they stated that all of us indigenous people who have projects supported by the government of Acre, are treated like illiterates and are being fooled. This was revealed during the plenary session of the same panel, as some of us were present.

We see that the “No REDD Acre” group is not committed to public programs. This group talks, talks and talks but does not put forward solutions to any of the problems that we face, let alone help us achieve sustainability in our indigenous lands.

We are defenders of the forest. We are the ones who protect, preserve, conserve and have our true essence and spirituality in the forest. Our shamans do not need any non-indigenous person to tell us that we want the forest to be alive, green and full of good spirits. We depend on it for our lives and livelihood..

Regarding REDD+ mechanism in Acre, we must say to this group that it is not authorized to speak for indigenous associations included in the REM Global Program (REDD for Early Movers ). We are not stupid, as suggested by documents you publish, and we do not have pacts with any government. We maintain our autonomy and access project resources to which we have a right.

For those of us who project the forest, the REM Program is an incentive for this work. It does not represent payment, sale, or compensation. Moreover, we were included in projects that respect our ways of life, our cultures and languages.

This incentive supported various ceremonial centers and many of our traditional celebrations. And this is what most strengthens our peoples. Therefore, insisting that we are selling our forests, as the “non-REDD group” affirms, leads us to ask what interests motivate them.

They have never spoken with us and never consulted us. How is it that they say we are prevented from living freely on our indigenous lands due to the program’s incentive? It is important for them to get to know the Territorial and Environmental Management Plans and mapping that we carried out on our indigenous lands, which contain our agreements and practices on the use, management and conservation of our natural resources.

It surprises us that the Indigenist Missionary Council of Acre[1] (CIMI Acre) lives to conspire, use bad faith and provoke strife between us indigenous peoples. We make it clear to CIMI Acre that we who sign this letter are aware of what we do and what we want and we know very well where we have to join together, respecting the autonomy of each people.

We are using this as an opportunity to ask if the national coordinator of CIMI knows what CIMI Acre is doing with indigenous peoples in this discussion of the REDD+ mechanism. And the president of the National Council of Brazilian Bishops (CNBB)?  Can it be that he knows that CIMI Acre is behaving irresponsibly, in bad faith and is trying to harm us? Which side is CIMI on?

We make it clear that CIMI and its partners can be against what they wish: REDD, environmental services, etc. But CIMI and its partners have no right to use the names of the indigenous peoples of Acre to oppose the state government. CIMI Acre should settle it’s hatred of  the state government with the government and leave us out of it. We know how to talk, negotiate and fight with any government that disrespects us. We do not need CIMI Acre’s “defense,” which in the case of REDD+ mechanisms, is unreal and inconsistent.

We ask for action from the national CIMI regarding this matter. We invite the national coordinator to come to Acre to get to know us and talk to us. Know who we are.

For the “not REDD Acre group,” we ask that they be responsible and honest and show serious commitments, instead of making statements  without consulting us. We already have more than enough enemies and threats.

We affirm that in Acre, the administration of public policies is the result of struggles that took place over many years. Here, nothing will enter without respecting and guaranteeing our rights.

[1] The Indigenist Missionary Council (CIMI) was founded by the National Council of Brazilian Bishops (CNBB) in 1972 to work on indigenous rights issues, and has regional branches, such as CIMI Acre, across Brazil.