Peruvian cuisine is the ultimate fusion of the indigenous and the exogenous, and it’s sparked a demand for exotic and diverse fruits and vegetables. Here’s how the region of Caserio Pimental – Peru’s pepper district – is meeting part of that demand with agroforestry and sustainable farming. 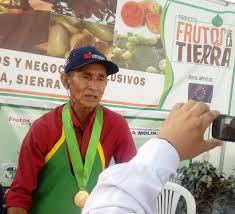 11 July 2017 | Twenty years ago, the thin soil on Isau Sasagawa’s small farm in the dusty region of Caserio Pimental – Peru’s pepper district – was depleted, and he’d run out of money for fertilizer. In desperation, he turned to mulch and manure – becoming in the process an early adopter of organic farming.

His methods were crude and rudimentary, but they got him through the growing season and drew the attention of NGOs and researchers looking to revitalize the region’s dying soils.

In the decades since, Caserio Pimental has evolved from a dreary land of parched farms to a patchwork of dying monoculture farms and thriving plantations that grow dozens of crops each. Its revival has mirrored that of Peruvian cuisine – which is unlike any other, but a bit like all others.

Take Papas a la Huancaina, which translates as “potatoes in spicy cheese sauce”. It bears a slight resemblance to potatoes au gratin, but the thin-sliced tubers in Papas a la Huancaina taste of earth and musk, while the “cheese sauce” is a blend of Spanish-style queso fresco and Incan aji amarillo, which is itself a blend of regional peppers. Then you have garlic, evaporated milk, and lime juice – as well as common saltines and boiled eggs.

Like many modern Peruvian dishes, these harness techniques from Asia, Europe, and Africa to blend ingredients from the Andes, Amazon, and beyond. Many of the core ingredients date back to the ancient Incas, who lived on roots and tubers, grains and peppers, herbs and tender alpaca meat; but the line from then to now is far from straight. Indeed, the Spanish Conquistadors decimated the native population and their traditions, while Spanish rice, wheat, and cattle squeezed native cuisine into the shadows for centuries.

Freed African slaves inhabited those shadows, too, as did immigrants from Germany, Croatia, and other parts of Europe, and then came new waves from Asia – specifically, China and Japan – and these newcomers adapted their culinary arts to the products of the new world.

But it wasn’t until recently that chefs like Gastón Acurio Jaramillo began to blend the new techniques and revive the use of native species – giving birth to modern Peruvian cuisine.

The history Caserio Pimental is also a recent one, and the peppers for which it’s named didn’t even arrive in the country until some time after the 1968 coup, when General Juan Francisco Velasco Alvarado Zegarra deposed President Fernando Belaunde Velasco Alvarado and banished the agribusinesses that controlled most of the country’s farms.

To replace them, Zegarra used the Peruvian Development Bank to lure small farmers like Isau Sasagawa and others of Japanese descent with promises of unsecured loans. Many poured in over the border from Brazil, which also has a large Japanese population, smuggling black pepper not indigenous to Peru.

The growers formed a pepper cooperative – Agricultural Cooperative El Pimental – to manage sales and distribution, while the government continued to fund their purchases of fertilizer to compensate for the notoriously poor soils.

Over the next decade, the pepper market boomed, and the region even took peppers as its name, but by the mid-80s there was an oversupply of pepper – and prices plunged.

“A kilo of beans cost more than a kilo of pepper” says Virgilio Trejo former president of the Cooperative Pimental. “When the business started, the pepper was sold at an average of 15-20 soles per kilo, and it went down to 2.50-3 soles per kilo”.

At that point, the pepper sector was on life support: the only thing that kept most farmers above water were the development bank loans, and these were about to disappear.

In 1990, Alberto Fujimori was elected president and liquidated the Agricultural Bank, leaving pepper farmers with no credit to buy fertilizer, no wages, no apparent options.

At the same time, the Japanese government, worried about declining birth rates, put out a call for ethnic Japanese living abroad to come home. Roughly 90% of the young Japanese-Peruvians moved from Pimental to Japan, and only a few families remained.

The Sasagawas were one of those families, and when the loans disappeared Isau turned to mulch and manure – essentially becoming an organic farmer, but without the certification that would get his products top price.

Fortunately, the Peruvian NGO FUSEVI  had received grants from German NGO Bread for the World and the Peruvian government to support sustainable agriculture. As their staff spread out across Pimental, they realized that Sasagawa was already practicing some of the methods they were preaching and incorporated his experiences into their workshops. They provided training in agroforestry – the practice of strategically planting trees among crops to replenish soil – and taught farmers how to become organically certified.

Soon, a new cooperative emerged: the Pimental Organic Producers (APE Pimental in Spanish), as FUSEVI secured funds from the International Bank Association (IBO) in the Netherlands to be implemented in the area. Unlike earlier loans, these focused on the development of marketing networks rather than fostering dependency. 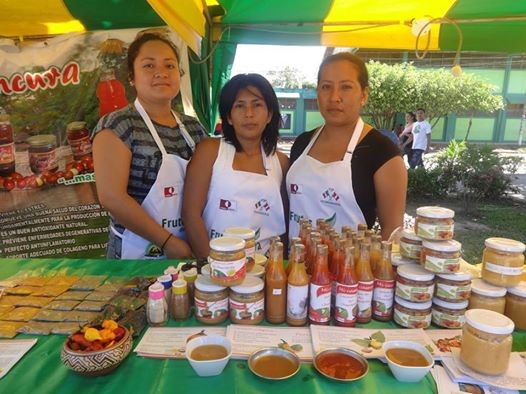 At the same time, the University of Prague began researching the soils of the region and offered more insight into the degree of depletion and how to reverse it. They evaluated Sasagawa’s practices and proposed a more structured approach – with multi-layered plots in which small farmers could operate at different scales, and they encouraged experimentation with a diverse blend of seasonal plants, perennials (fruits), and even timber.

Soon, the region became a patchwork of monoculture farms and diverse agroforestry endeavors teeming with cacao, pepper, coconut, pineapple and other plants.

“Partners have one characteristic in common,” says Trejo. “To be part of the organization, each partner must have 15 to 20 different products, and they need to be working with two approaches: food safety/soil recovery, and markets.”

But marketing dozens of different products is challenging, so farmers are now cooperating further down the value chain by blending peppers into their own salsa brand and offering them pickled or dried. They’re also creating pulps of cupuaçu, strawberry, and guava, and participating in farmers’ markets around the country.

“Now, we want to form a Cooperative that is dedicated exclusively to the commercial part,” says APE Pimental consultant Fanny Cuéllar.

The cooperative placed highly in a recent contest sponsored by environmental NGO Canopy Bridge, but success will ultimately depend on continued demand for Peruvian cuisine – demand that shows no sign of abating.