Four years ago, the Convention on Biological Diversity set 20 goals for itself. Known collectively as the Aichi Targets, they focused more on ways to tweak our economic system to take the pressure off of fragile habitat than on grandiose but groundless numerical achievements. Many of those targets are now closer than they appear. 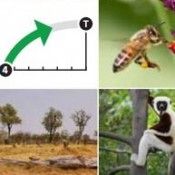 7 October 2014 | PYEONGCHANG | South Korea | When we last spoke to Braulio Ferreira de Souza Dias, the Executive Secretary of the Convention of Biological Diversity (CBD), he identified private-sector engagement as a critical first step to halting habitat loss. That was 2012, and since then, that message has only gotten stronger.

Indeed, as Dias opened the 12th Conference of the Parties (COP 12) to the CBD here in South Korea, he reiterated the importance of engaging the private sector in the opening pages of the 4th Global Biodiversity Outlook, where he pointed out that agriculture accounts for 70% of our habitat destruction.

“Addressing trends in food systems is therefore crucial in determining whether the Strategic Plan for Biodiversity 2011-2020 will succeed, he wrote.

The “Aichi Targets are central to that plan, and they’re designed to attack the drivers of habitat loss in the short term and to reduce habitat loss in the long term. As a result, many of them aren’t so much an end in themselves as a means to an end for they include such boring targets as raising awareness of biodiversity values, integrating those values into development plans, and eliminating perverse incentives to destroy habitat.

The CBD has done a good job of developing the projects it can control such as the “LifeWeb Initiative, which brings a previously unheard-of degree of transparency to conservation finance. But the larger aspirations of greening supply chains require larger forces than the CBD alone can muster.

Fortunately, those forces do exist as we’ve seen over the past year, beginning with the acceleration of efforts to use carbon finance to promote sustainable agriculture and culminating with the New York Declaration to end deforestation by 2013.

Unfortunately, those forces have materialized late in the game, as the World Wildlife Fund (WWF) reminded us last week, when it told us that humans have killed half the planet’s vertebrates in the last 40 years.

The CBD and, for that matter, the United Nations Framework Convention on Climate Change (UNFCCC) are on the right track, but it’s the rest of us who are running the race. Whatever kind of roadmap comes out of South Korea this year, it will be the actions of consumers and corporations around the world that determine its success.