Dozens of climate and conservation initiatives are now working their way through the US court system, and some are destined to land in the Supreme Court. That means Neil Gorsuch, President Trump’s high-court nominee, could play a major role in determining US policy. His environmental record is thin, but he’s expressed a clear distrust of government agencies. 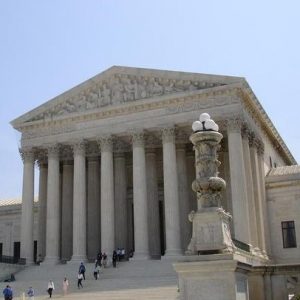 3 January 2017 | On January 31, US President Donald Trump nominated Neil Gorsuch, a Denver-based 10th Circuit Court of Appeals judge cut from the same conservative cloth as the justice he’s meant to replace, Antonin Scalia. His history with environmental cases is sparse, however, leaving the environmental community to wonder which way he’ll lean on critical policy such as the Clean Power Plan and Clean Water Rule that are currently tied up in litigation.

Like Scalia, Gorsuch is known for his writing skills. Unlike Scalia, he’s also known for his non-divisive nature, but Gorsuch is indeed a conservative, though not exclusively. In his 2006 confirmation hearing to be circuit judge of the 10th Court, he said people often surprise you.

“I resist pigeon holes,” he said. “I think those are not terribly helpful, pigeon-holing someone as having this philosophy or that philosophy.”

In terms of environmental issues, there are some telling rulings, says Denise Grab, a Senior Attorney at the Institute for Policy Integrity at New York University School of Law. Perhaps his most well-known statement relates to something called “Chevron deference”, which the court initially ruled on in 1984. Essentially, the decision says that courts should defer to expert agencies’ interpretation of complicated laws on labor or the environment, for instance. Those in favor of the decision argue judges typically don’t have the expertise or time to engage fully on these complex issues, Grab says.

Environmentalists have relied extensively on Chevron deference to support agency action, although deferring to agencies doesn’t necessarily result in more environmental protections, Grab adds. It depends on whether the regulation in question results in more or less stringent requirements.

In a ruling last year, Gorsuch disagreed with the Chevron doctrine.

“…The fact is Chevron and Brand X permit executive bureaucracies to swallow huge amounts of core judicial and legislative power and concentrate federal power in a way that seems more than a little difficult to square with the Constitution of the framers’ design,” Gorsuch wrote.

However, Gorsuch’s perspective on deference to agencies will only become relevant if the court reaches the merits of a case, its substance rather than its technicalities, and Grab says Gorsuch has avoided wading into the merits when deciding on environmental and public land cases. He has thus far relied on procedural grounds, the formal process to enforcing legal rights.

Grab notes a 2015 case where the conservation group Backcountry Hunters and Anglers (BHA) took legal action against the US Forest Service for an order it deemed too lenient. Gorsuch found the group lacked standing arguing if the too lenient law was struck down, then the Forest Service would revert to an even more lenient version, which isn’t at all what BHA wanted.

Grab points out the law leaves room for an alternative solution in what’s called remand without vacatur. Using this remedy, the Forest Service would leave the order in place while it develops a more stringent rule. Gorsuch doesn’t acknowledge this approach, though neither did BHA, Grab says.

In another case, George v. Tidwell, Gorsuch applied a statute of limitation to avoid reaching the merits of a private and public land dispute, Grab says.

How does Gorsuch weigh in on decisions related to the relationship between federal and state law? It’s an important issue for environmental cases particularly when a state government wants to mandate stronger regulations than what the federal government has in place, and Gorsuch’s track record on the relationship is mixed.

Gorsuch did rule on a Colorado case in 2015 where the Energy and Environment Legal Institute sued to challenge a renewable energy standard that required state utilities to generate a certain amount of their electricity from renewables. The institute claimed the standard violated a principle policing state interference with interstate commerce. The principle, called the dormant Commerce Clause, pops up frequently in cases where a state establishes a program with stronger environmental protections than in other states, Grab explains.

In the 2015 case, Gorsuch ruled the clause can’t stop Colorado from establishing its renewable energy mandate. Furthermore, he questioned whether the dormant Commerce Clause should exist at all.

“A number of Gorsuch’s rulings suggest that he may take positions that could be consistent with environmental protections depending on which governmental actors are instituting environmental rules and how they go about doing so,” Garb says.

Conservation advocates shouldn’t be celebrating, however.

“Given his reluctance to engage on the merits in these cases when they can be avoided on procedural grounds, it seems as though he is unlikely to be viewed as a champion of environmental protection by advocacy groups,” she adds.

“Neil Gorsuch is a pitch-perfect President Trump nominee for the Supreme Court – a carbon-copy of Scalia who is both radical and dangerous,” said League of Conservation Voters Senior Vice President of Government Affairs Tiernan Sittenfeld.

Conservationists are also fighting the approval of Scott Pruitt, a climate-science denier with close ties to the fossil fuel industry and a history of sparring with government over environmental regulations, to head the Environmental Protection Agency, which many argue will put critical environmental policy in jeopardy long before it reaches the Supreme Court.

“Scott Pruitt’s public record and actions as Attorney General of Oklahoma show that he has challenged every EPA rule to protect public health,” Gustavo Silva-Chávez, who heads the Forest Trends REDDX program (Forest Trends publishes Ecosystem Marketplace), said in December. “A person whose public career has been spent attacking environmental law is now in charge of the agency enforcing such laws.”