For four tumultuous years, Yvo de Boer was the public face of global climate talks, but since 2010 he’s been working quietly on low-profile projects that he hopes will have a high impact on climate change. Now, as President-elect of the Gold Standard’s Board, he’s helping to beef up the UN’s Sustainable Development Goals. 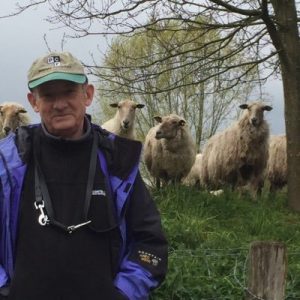 12 February 2018 | Yvo de Boer values his solitude and his garden – both of which he neglected while serving as Executive Secretary of the United Nations Framework Convention on Climate Change (UNFCCC) from mid-2006 to mid-2010.

“My work in the climate change negotiations was about a very complicated political process,” he says. “I still believe that’s important, but I also believe the simple things in life are important, and that examples of success are important, too.”

The quest for examples of success brought him to Climate-KIC, which is an angel investor of sorts that the European Commission created to finance climate-minded start-ups, and to SRI Executive Search, where he helps international aid agencies align their development and climate objectives; but his highest-profile endeavor since leaving the UNFCCC started just a few months back, on the eve of year-end climate talks in Katowice, Poland.

That’s when he became president-elect of board of the Gold Standard – a global partnership of environmental NGOs that sets standards for everything from the way companies measure their greenhouse-gas emissions to the way they support the Sustainable Development Goals (SDGs), which are a set of 17 goals ranging from “gender equality” to “good health and well-being” that were endorsed by every country on the planet in 2015.

The SDGs are woven into the lending guidelines of development banks and pension funds around the world, which means that billions of dollars in finance could flow into countries and companies that get them right – but how do you know that a company is getting “good health and well-being” right?

That, says de Boer, is the kind of question that drew him to the Gold Standard

This story is adapted from Episode 40 of the Bionic Planet podcast, which features an hour-long interview with Yvo de Boer and is available on all major podcatchers, including RadioPublic, iTunes, Stitcher, and on this device here:

From Curiosity to Passion

Born in Vienna to two diplomats, de Boer grew up speaking German and Dutch, and he eventually became fluent in five languages.

“I went to boarding school in England, where my parents made me learn French,” he recalls. “And I went to primary school in Kenya, where I learned Kiswahili.”

After his military service, he studied social work in The Hague and began working with parolees in the Dutch city of Leiden – known to Americans as the town that British pilgrims tried before boarding the Mayflower, but known to the Dutch then as a rough-and-tumble city with high crime and low education.

“My client base was mainly comprised of young delinquents, and 94 percent of those young people were back behind bars within a year,” he says. “I thought, ‘Do I really want to spend 40 years of my life working on something with a 6 percent success rate?’”

Those five languages landed him a job in the International Department of the Housing Ministry, where he worked on affordable housing for over a decade.

“I gained a lot of practical experience there, but after a while I was looking for something completely different,” he says. “Then I saw they were looking for someone to head the climate change Department in the Environment Ministry, and I thought. ‘What can be more different from housing than climate change?’”

He got the job.

De Boer joined the Ministry of Environment in the year 2000, which was eight years after the 1992 Earth Summit had launched the UNFCCC, and five years before the Kyoto Protocol was set to come into effect, puttin a cap on greenhouse-gas emissions from developed countries.

Within a few months, he’d become a “climate junkie.”

“Climate change is an environmental issue, but it’s fundamentally an economic challenge,” he says. “And it reaches into every aspect of our social fabric: energy, transport, agriculture – you name it.”

Within two years, he’d become Deputy Director General of the Dutch Environment Ministry, and in 2006 he was asked to head the UNFCCC.

By then, de Boer had come to see climate change as an existential threat to the world economy and even to civilization itself – but he knew that few outside the community of scientists who’d studied it felt the same way.

“Having worked for an environment ministry myself, I knew that environment was generally the weakest ministry in an administration, with little or no influence,” he recalls. “They lose every single battle to the bigger economic players.”

So one of his first acts was to commission a series of analyses to identify the financial impact of climate change.

“My sense was if I if I don’t manage to get this issue onto the radar screens of heads of state and government and CEOs who can sort of look across issues, then it’s never going to be solved,” he says. “That’s why, in the run-up to the [2009] Copenhagen conference, I focused very much on the media and on getting heads of states and governments involved.”

He turned Copenhagen into “Hopenhagen” – a global event that drew more than 80 heads of state and set the stage for the bottom-up activities that would eventually lead to the creation of the Paris Agreement in 2015.

Into the Private Sector

“I wanted to help private companies understand how they could make sustainability part of the core of their business strategies, and not just something they do for environmental health and safety or for corporate social responsibility,” he says.

In 2015, the United Nations passed the 17 Sustainable Development Goals, which can seem nebulous at first glance, but are broken down into 169 specific targets and more than 300 so-called “indicators of success.”

SDG 3, for example, aims to “ensure healthy lives and promote well-being for people of all ages.”

While that might seem fuzzy, the Goal is further broken down into 13 specific targets, many of which involve specific mortality rates for specific hazards and diseases, like traffic fatalities, heart disease, and malaria.

These targets are then broken down into specific indicators, such as hospitals per village or mortality rates per 1,000 people.

For these to become investor-grade criteria, they need to be measurable and verifiable, and that’s where the Gold Standard comes it.

It was created by WWF and a handful of other NGOs in 2003 to provide a global, science-based way of evaluating the environmental integrity of carbon offsets, and today dominates the sector, along with Verra (formerly the Verified Carbon Standard).

Last year, it launched the Gold Standard for the Global Goals, with the aim of providing standardized ways of evaluating the impact that activities have on specific SDGs. (Verra has launched a similar initiative called SD VISta, and we will be exploring both in more detail down the road.)

The Gold Standard started on familiar territory – evaluating the health impacts of clean-burning cookstoves, which also reduce greenhouse gas emissions. Indeed, stoves are often financed through the sale of carbon offsets, which funnel over $40 million per year into clean cookstoves, according to Ecosystem Marketplace research.

Indoor pollution from coal-, dung- and wood-burning stoves and fire pits kills nearly two million people each year – including half of all children under the age of five who die from pneumonia – and NGOs have already created a metric for measuring their impact on health:  “ADALYs”, or Averted Disability Adjusted Life Years, and Gold Standard published mythologies for quantifying that in 2017.

More recently, it launched SustainCERT, which is a social enterprise that will help companies evaluate their social impacts, and it’s teamed up with EIT and Climate-KIC to publish three sets of guidance that companies can use to measure greenhouse-gas emissions in their supply chains, then to cut those emissions, and finally to help small farmers improve their soil.

He accepted the offer in November, 2018, but still hopes to find time for is garden come springtime.