As the relatively cooperative world order of the past 75 years gives way to fragmentation and disorder, the environmental systems that support our economy and civilization are facing unprecedented challenges. As a result, biodiversity loss ranks right beside climate change and three other environmental risks as being both the most impactful and most likely threats to the global economy. The solution: better cooperation. But is it possible? 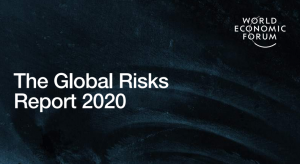 21 January 2019 | “The political landscape is polarized, sea levels are rising and climate fires are burning,” said World Economic Forum President Børge Brende as he unveiled the WEF’s 15th Global Risks Report, which showed that, for the first time ever, the five most likely risks to the global economy are all related to the environment, as are four of the most impactful.

“This is the year when world leaders must work with all sectors of society to repair and reinvigorate our systems of cooperation, not just for short-term benefit but for tackling our deep-rooted risks,” he added.

The report was released last week, but the official meeting runs from today through Friday in Davos. The theme is collective action for risk reduction, and the top five risks in terms of likelihood are:

The top five risks in terms of impact are:

“High-profile events, like recent wildfires in Australia and California, are adding pressure on companies to take action on climate risk at a time when they also face greater geopolitical and cyber risk challenges,” said John Drzik, chairman of Marsh & McLennan Insights. 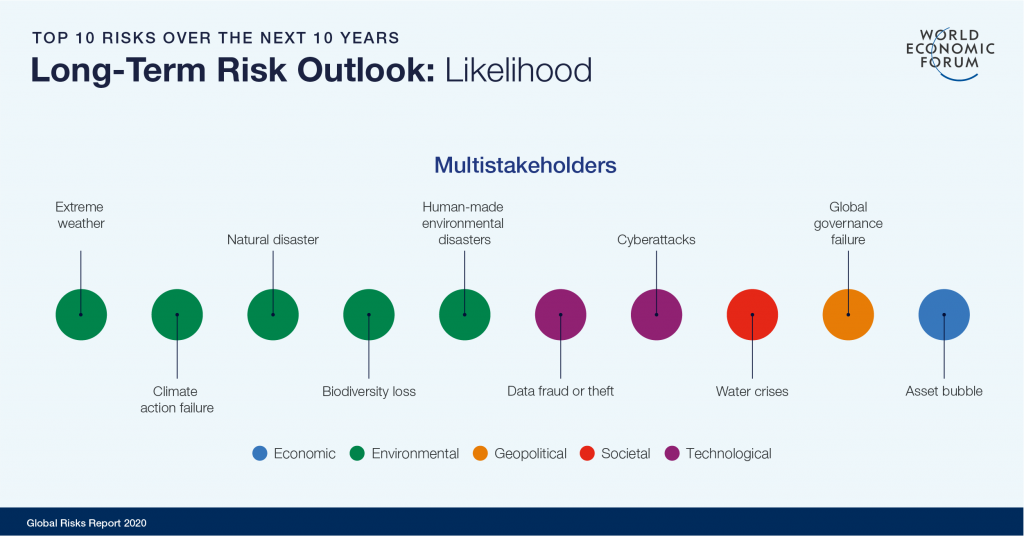