A US federal judge in Florida has ruled in favor of the federal EPA’s plan to impose numeric limits on the amount of phosphorus and nitrogen running into the Everglades.  It’s not only a victory for the Everglades, but could open the door to innovative water-quality trading mechanisms down the road. 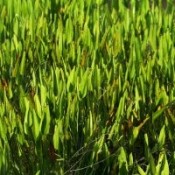 A US federal judge in Florida has ruled in favor of the federal EPA’s plan to impose numeric limits on the amount of phosphorus and nitrogen running into the Everglades.   It’s not only a victory for the Everglades, but could open the door to innovative water-quality trading mechanisms down the road.   UPDATED 28 APRIL 0125 CET

27 April 2011 | In a 76-page ruling issued Tuesday, US District Judge Alan Gold said that Florida state agencies “have not been true stewards of protecting the Everglades in recent years,” and that the federal Environmental Protection Agency (EPA) had the right to impose its 2010 Final Rule, which sets quantitative nutrient limits on the entire state’s lakes, rivers, streams, and springs.   The complete text is available for dowload, right.

Numeric standards could become the basis for developing a water-quality trading system.   Essentially, they can become de facto caps and, therefore, drivers in a market.   Water trading would then provide an efficient and affordable approach for meeting the standards.

Currently, nutrient criteria are simply ‘narrative,’ requiring that “in no case shall nutrient concentrations of a body of water be altered so as to cause an imbalance in natural populations of aquatic flora or fauna.” Numeric limits are only introduced on a site-specific basis.

The new statewide numeric ruling in Florida, which takes effect in 2012, is the product of a consent decree the EPA signed to settle a lawsuit filed by environmental groups in 2008.

This is probably not the end of the discussion over nutrient limits as environmental groups in Wisconsin and Kansas have filed notices of intent to sue the EPA for similar reasons.   And now they have federal precedent on their side.

In addition, the EPA is looking to implement numerical (as opposed to narrative) limits to water standards in all states — though it is still to be seen whether these limits will be regulated at a federal or state level.

Among the parties that sued to block the numeric standards: the State of Florida, the Florida Agricultural Commissioner, the Florida League of Cities, the Florida Stormwater Association, and numerous municipal and county groups, as well as members of the fertilizer and mining industries.

The complaints sharded a similar argument – and one that echoed debates up in the Chesapeake Bay. The Final Rule, they said, was a “federal mandate” and an intrusion into state regulatory affairs, which had received EPA’s approval until the environmental group lawsuit.   Most also questioned the scientific basis of the EPA numbers and argued that implementing numeric nutrient limits for the entire state would inflict high costs on businesses, citizens, and the public sector.

However, the ruling reflected the reasoning behind the EPA’s original intervention—pollution by agriculture and manufacturing was going relatively unchecked.

“It is now, and has been for a while, time to take concrete and substantial progress toward preserving the Everglades before this national treasure is permanently destroyed to the extent of irreparable destruction,” Gold wrote.