Green Bonds, Internal Carbon Prices, and Nervous Investors – these are among five signs the United Nations identifies as proof that the private sector is rapidly adjusting to climate change, but the public sector still needs to step up if meaningful results are to be achieved. 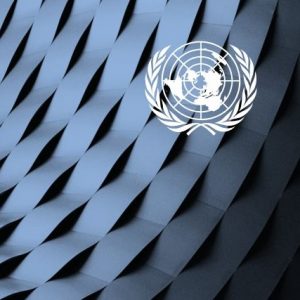 8 October 2015 | One year after the 2014 Climate Summit in New York highlighted pledges from around the world to reduce greenhouse-gas emissions, the private sector is making significant strides toward investing in low carbon and climate resilient development, according to a new report called Trends in Private Sector Climate Finance, released today by the United Nations.

This budding relationship between the financial community and the public sector over climate finance is feeding into the momentum that is building for this year’s COP in Paris, the report says, and contributing to a much different feeling from Copenhagen six years ago.

The financial sector – asset managers, banks, pension funds and insurers – made specific commitments last year, many of which it met or is on its way to being delivered, the report says.

The report comes just weeks after analysis by Ecosystem Marketplace’s Supply Change initiative found that palm-oil companies were taking drastic action to reduce the amount of deforestation they cause.

The UN report, which the Support Team on Climate Change wrote, identifies five “inflection points” that it says reveal a deep shift in the way companies are doing business.

Despite these positive signals, low-carbon investments remain insufficient to keep the world from warming 2°C. Achieving that goal requires more action from both the public and private sectors.

The public sector’s central role, the report says, is drawing out the partnership with businesses, altering policy so it aids and enhances private efforts to invest in climate action and increase the demand for low-carbon development.

The report does not address the ongoing negotiations within the UNFCCC as to what constitutes climate finance or on what should be counted towards the goal of mobilizing $100 billion a year by 2020 to address the needs of developing countries. Rather, it provides details on the progress made on the commitments and targets set by the private sector and the changes in the financial markets that are emerging.