A key UN body has just aggregated all known research on biodiversity loss, including knowledge gleaned from indigenous peoples, and the results are devastating: more than 20 percent of known plant and animal species have disappeared in the last century, while more are disappearing daily. The result is a grave threat to our entire food system. But therein lies our salvation. 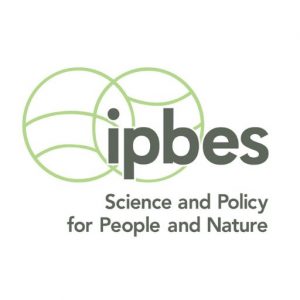 6 May 2019 | The Intergovernmental Science-Policy Platform on Biodiversity and Ecosystem Services (IPBES) today released its long-awaited summary for policymakers – a 1,500-page work aggregating the findings of thousands of scientific studies on biodiversity loss and how to address it.

The full report is due later this year, and the findings are grim. Namely, about 20 percent of all known species have gone extinct in the past century, and the trend is accelerating as the climate changes – putting more pressure on the already-stressed farms, fields, and fisheries that feed the world’s people.

“For a long time, people just thought of biodiversity as saving nature for its own sake,” said IPBES Chair Robert Watson. “But this report makes clear the links between biodiversity and nature and things like food security and clean water in both rich and poor countries.”

Agriculture Under Siege – and to the Rescue

The loss of ecosystem services is already impacting a staggering 23 percent of the world’s farms, and the decline of wild bees and other pollinators is threatening up to $577 billion in annual crop production.

But agriculture isn’t just a victim of climate change; it’s also a contributor, and yet climate-smart agriculture, which incorporates practices such as agroforestry and permaculture, can both reduce the impact of farms and make those farms more resilient to a changing climate.

Global consumption patterns must also change, the authors note, and they called on embedding biodiversity impacts into trade agreements.

You can learn more about the interplay between atriculture and climate change in Episode 39 of the Bionic Planet podcast, which is available on RadioPublic, iTunes, Stitcher, and on this device here:

Can UK Build its Restoration Economy on the Principle of “Net Gain”?

Forests, Farms, and the Global Carbon Sink: The Genesis