The European Space Agency (ESA) has awarded a contract to develop what it says is the most advanced satellite ever deployed for measuring the carbon content of tropical rainforests. Named, appropriately enough, “Biomass”, the satellite will launch in 2021 and is explicitly designed to support REDD+. The ESA says it will provide more accurate measurements of carbon content than even ground-truthing now provides. 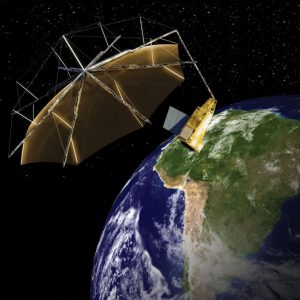 6 May 2016 | The United Nations wants to slow climate change in part by saving forests, but for that effort to work, we need a clear understanding of how much carbon dioxide is flowing into and out of those forests – as well as how those carbon flows change over time. Satellites help in that effort, but the ones in use today still require tedious (and expensive) “ground-truthing”, which involves sending teams of technicians out into remote parts of the forest with tape-measures and clinometers.

That could all change in 2021, when the European Space Agency (ESA) launches its new Biomass satellite, which is being built by Airbus Defense and Space.

“[The] Biomass satellite will provide support to United Nations treaties, notably the Reduction of Emissions due to Deforestation and Forest Degradation,” Airbus said in a press release, directly referencing the REDD+ “package” that was embedded in the Paris Climate Agreement. “Biomass data will support REDD+, a UN climate change initiative aimed at reducing emissions due to deforestation, by systematically monitoring forests in vulnerable areas with no need for ground intervention.”

The mission will last five years, which is long enough to cover eight growing cycles, and uses P-band synthetic aperture radar to penetrate clouds and canopy and deliver both higher-resolution images and accurate measurements of above-ground biomass, which can then be converted to carbon content.

“Biomass will also be able to measure paleo aquifers in desert regions to find new water sources in arid regions as well as contribute to observations of ice sheet dynamics, subsurface geology and forest topography,” Airbus says. “Because Biomass will see through the forest canopy to the ground, it will be able to provide terrain height maps, improving current Digital Elevation Models in densely forested areas.”

The system will provide coverage everywhere except North America, Britain, Greenland and Turkey, because the P-Band uses the same frequencies as US-based missile defense systems active there.