Environmental Credit Corp (ECC) was busy in 2013 developing emissions reduction projects that received a total of more than one million tonnes from California’s regulated carbon market. But Derek Six, ECC’s CEO/CFO, spoke to Gloria Gonzalez about growing interest in a new charismatic project type that could be added to California’s program in the future. 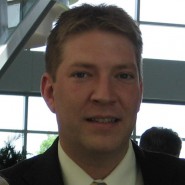 12 June 2014 | – California was the big story in the North American carbon markets in 2013, dominating headlines with the launch of the state’s cap-and-trade program in January, which opened up an ocean of opportunity for project developers to push forward with emissions reduction projects. And Environmental Credit Corp (ECC) was one of the biggest fish swimming in that sea.

In September 2013, State College, Pennsylvania-based ECC became the first project developer to receive carbon offsets issued by the California Air Resources Board (ARB), the state agency charged with overseeing the state’s cap-and-trade program aimed at reducing greenhouse gas emissions. But the developer didn’t shy away from the voluntary market, focusing on a new type of “charismatic” carbon offset project that could eventually make its way into the regulated market in which buyers surrender offsets for compliance.

Ahead of next week’s release of Ecosystem Marketplace’s State of the Voluntary Carbon Markets 2014 report, Derek Six, ECC’s CEO/CFO, recapped activity in the voluntary market and offered the ARB some advice on streamlining its offsets program.

Gloria Gonzalez: What were the key highlights in the voluntary markets in 2013?

Derek Six: One of the key project types we do is organic waste composting. I describe it as a pre-compliance type. I have some hope of the ARB taking a look at that as a future compliance protocol. But for the meantime, it’s a voluntary protocol. That protocol was off to a very slow start. But 2013 was a year where we signed a lot of delivery contracts for organic waste composting projects. We saw the first registrations of organic waste composting projects at the beginning of 2013 and now we’re taking a lot more of those projects through the verification process. There’s some volume in the space now and it’s been really well received. I guess it’s the new type of charismatic project. There are a lot of different co-benefits to the projects.

2012, 2013 and 2014 have been extremely tough times for people with project types that have fallen out of favor such as landfill gas offsets. The market was amply supplied with those, to say the least. If someone wanted a voluntary credit over this whole period, we’ve been seeing them at a dollar or less. Now that we’re bringing in a new charismatic project type, we’re back into the range of higher prices where you can actually do the projects and move things forward.

GG: Aside from organic waste on the voluntary side, are you seeing any other interest in strictly voluntary-type projects?

DS: I wouldn’t say that the voluntary demand is so robust that they’re out trying to pool new project types and protocols in this space. It’s almost like we’re custom-building our projects. In organic waste composting, when we get a buyer we move forward. It’s probably a delicate balance right now with supply and demand.

GG: What do you see on the compliance side?(Editor’s note: To date, ECC has been issued a total of more than one million offsets by the ARB under the ozone-depleting substances (ODS) and livestock project types allowed into the California cap-and-trade program, with nearly half of those offsets coming from early action projects that were originally developed under voluntary protocols and transitioned for use in the compliance program.)

DS: We’re still working very hard to get early action projects converted. It’s really tough. Faster motion through (the ARB’s) process would probably provide a lot of market participants a lot more confidence. When they take this long, for whatever reason, you have the buyer of the credit who is probably waiting to use it. It’s hard for project developers to redirect capital into new projects. It’s really choking things. But it’s also a problem that resolves itself within a definite time period. Next year, there won’t be any more new early action projects.

GG: Is there anything we should be watching for in 2014, either on the voluntary or the compliance side?

DS: On the compliance side, you should be watching to see whether ARB makes any changes to the invalidation provisions, which I believe it should. (Editor’s note: The ARB retains the right to invalidate offsets found to be faulty or fraudulent, but entities can reduce the period that their projects are at risk of being invalidated from eight years to three years by undergoing a second verification by a different verification body.)

But if they don’t, you should be watching to see how long this second verification process takes and how many projects start to move through that, what the costs are and if anyone is ever not successful with the process. Will buyers start to decide whether three years is that much better than eight years? Because there’s still a period of time and it’s not really certain what might cause someone to look at the project.

I’ll be interested to see what happens with the coal mine methane protocol (adopted in April 2014). I think it will take a long time for those credits as compliance offsets to hit the marketplace because you have to make that investment and you have to get the permitting done and the design done and then you have to run the project for a whole year. Then you have to verify it. I’m guessing the first coal mine methane offsets from a compliance protocol from a new project – not from a Climate Action Reserve-converted project – won’t appear until 2016, 2017.”

DS: I’m agnostic on that protocol. I don’t think it will result in a whole lot of volume. But if it helps people to change their practices, that’s great.

GG: Anything else the ARB can do to improve the offsets program?

DS: I’m going to continue to press for projects to be batch verified or sample verified for smaller projects such as agriculture methane. I know it’s challenging, but we need some way for 10 or 20 or 50 small ag methane projects to all be bundled together into a verification. These small farms can’t pay the program participation costs. It’s nice that we’re creating incentives for large farms to implement capture systems, but I think the penetration rate will probably reach only the largest four to four-and-a-half percent of dairy farms.