The voluntary carbon market arguably delivers benefits to larger society, but only a narrow slice of us are buying. Sheldon Zakreski of The Climate Trust says it’s time for the US federal government to step in with more loan guarantees and outright purchases that would give the market support until private-sector buying materializes. 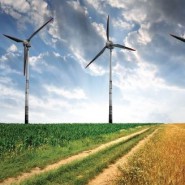 The voluntary carbon market arguably delivers benefits to larger society, but only a narrow slice of us are buying. Sheldon Zakreski of The Climate Trust says it’s time for the US federal government to step in with more loan guarantees and outright purchases that would give the market support until private-sector buying materializes.

1 May 2015 | Depending who you talk to, the offset market is either alive and well, or dormant.

Consider two recent Ecosystem Marketplace reports. The Taking Stock of the role of Offsets in Corporate Carbon Strategies report notes that in 2013, 14% of companies that disclose their carbon emissions purchased a volume of offsets equivalent to avoiding the emissions associated with using 117 million barrels of oil. Meanwhile, the State of the Voluntary Carbon Markets 2014 report described a stagnant market in 2013 where three of every four offsets were sold to pre-existing clients.

These two truths underscore a huge opportunity, as well as presenting some peril for the future of the voluntary offset market. Although there is clearly a strong foundation of corporate voluntary buyers, the lack of diverse offset supply is a huge impediment to attracting new buyers to the market. Worse yet, if left unchecked, it will likely result in notable departures from the market as companies look for innovative ways to address greenhouse gas emissions.

The use of offsets as part of a company’s corporate social responsibility (CSR) strategy gained traction as a widespread practice in the early to mid-2000s. Despite the economic recession that began in late 2008, and the failure of federal cap and trade legislation, many companies that began buying offsets in the mid-2000s are still committed to offsets.

Additionally, although federal carbon legislation has failed to re-emerge, corporations are continuing to lead the way towards putting a price on carbon. The CDP (formerly the Carbon Disclosure Project) compiled a database last year that showed 150 companies globally, 29 of which are U.S.-based, use an internal carbon price ranging from $6 to $60 per metric ton of carbon dioxide equivalent emissions.

This near ten year track record of unwavering commitments to addressing corporate carbon footprints, points to the fact that concern and action on greenhouse gas emissions is here to stay; the issue transcends political cycles. It’s been 9 years since An Inconvenient Truth was released, and seven since Congress defeated federal cap and trade legislation.

Even more promising is the cutting-edge corporate trend towards greening their supply chains. Although this is part of a larger initiative, a role for offsets exists here, as last year’s State of the Voluntary Carbon Market research found that 2% of 2013 corporate offset purchases were practice change/supply chain motivated.

The offset market is stagnant. Don’t get me wrong. There are notable initiatives from active voluntary buyers such as Microsoft, Interface, Chevy, Coke, Seattle City Light, and Google. These are companies that are truly to be commended for their ongoing commitments, but when was the last time a new entrant has embarked on a significant offset purchase commitment? Meaningful expansion of notable commitments are few and far between.

It could be that most companies are still focusing largely on direct reduction activities. Many offset leaders are well aware that in order to walk the talk, it is wise to strive for substantial internal progress prior to making a noteworthy commitment to offsets. If this is the case, and a rise in offset purchases is inevitable, what kinds of projects and supply will these new entrants find if they decide to buy? Unfortunately this is where the ugly comes into play.

If a company that is interested in entering the market were to assess current supply options, it would find a market long on dated vintages from established sectors such as landfill gas, and a dearth of new project types. For comparison sake, imagine a mobile device market where your choices are various several year old Blackberries, and iPhones or Galaxies are largely a pipe dream. That is basically the state voluntary buyers are encountering in today’s offset market. The result is that there is pent up demand that goes unfilled due to a lack of choice.

Like every other nascent sector, diversity is key for the offset market to grow and stabilize. The promising news is that a lot of groundwork has been done to introduce those iPhone and Galaxy type offsets into the marketplace, especially in the agriculture sector. The challenge lies in what can be done to advance those sectors and provide safeguards that will foment the generation of meaningful volumes of supply.

The Showdown—What Needs to be Done?

There are three key areas that could kick-start the implementation of projects and the generation of new sources of supply.

Voluntary market certification standards such as the American Carbon Registry, Climate Action Reserve and Verified Carbon Standard are doing their part to diversify supply by launching new project standards, also known as protocols. In the last few years alone, several new protocols have been introduced in the agriculture sector that offer a pathway for generating offsets through grasslands conservation, rice cultivation and nutrient management practices on farms and in fields.

Such efforts are necessary to diversify supply, but simply releasing a new protocol doesn’t mean that the market will rush to adopt it.

While protocols help in providing a useful guide, they do not eliminate the risks of actually monitoring, verifying and issuing new offsets. This is important because third-party verification is essential for generating real and credible offsets that can be traded. Verification is also generally the largest cost offset suppliers will face. Additionally, there have been several instances were verified volume for new offset project types are generated at a fraction of the anticipated rate.

The implication here is that there is a huge “first mover disadvantage” and worse yet, some promising offset sectors could de dead on arrival following the first verification of the first project.

Mitigating verification risk by subsidizing the initial verification is one way to overcome this uncertainty. This is something standards setting organizations could consider. Otherwise, they face the risk of investing substantial time and effort developing and releasing protocols that are not adopted by offset project developers.

Given this chicken-egg scenario where buyers are staying out of the market due to lack of supply and suppliers aren’t diversifying the market due to uncertain demand, if ever there was a need for a large new buyer to enter the market, now is the time. Such a buyer exists in the federal government—where a recent executive order increased their prior reduction commitment (28% below 2008 levels by 2020) for federal agencies to 40% below 2008 levels by 2025. The Council on Environmental Quality estimated that the original executive order would result in 101 million mtCO2e reductions by 2020. If federal agencies were allowed to use greenhouse gas offsets as 8% of the reductions they must achieve under the executive order, The Climate Trust estimates they could demand up to 1.35 million offsets per year, creating 15% growth in the voluntary carbon market.

Currently, federal agencies are allowed to purchase renewable energy certificates to meet this target, while offset purchases are prohibited. Removing this constraint could add millions of tons of demand to the market, while saving taxpayer dollars to the extent offsets cost less than other emission reduction options available to federal agencies.

Federal government support of offsets in general—and agriculture specifically—could have the exponential effect of drawing corporate buyers, especially food and beverage companies that are motivated by greening their supply chain.

The third impactful area that could expand supply offerings are financial models that mitigate price risk. Here exists a significant role for impact investors, program related investments from foundations, and government agencies that could invest in, and provide guarantees for nascent agriculture offset projects. Upfront funding is crucial to bridge the many months (sometimes years) it takes to develop a project, as well as launch and verify offsets. However, securing such funding on viable terms has proven elusive; perhaps a barrier that could be bridged is if a guarantee is provided that the funding will be repaid. One way to do this is to apply federal loan guarantee programs to certain offset project types. Full disclosure, The Trust occupies the role of providing early stage capital to carbon reduction projects.

The voluntary carbon offset market has shown resiliency, but it is still a young market that requires nurturing in order for it to grow and flourish. This market will never compare in size and scope to regulated markets, but further investment in building the capacity in the voluntary market is needed. An investment will not only diffuse further knowledge on how to design, implement and operate successful offset projects and deepen the engagement level of corporations, it will also provide a useful roadmap as the policy debate on subnational, national and global emission reduction initiatives proceeds.

Sheldon Zakreski is the Director of Risk Management at the Climate Trust. He can be reached at [email protected]