EcoPlanet Bamboo yesterday announced that its Nicaragua bamboo projects successfully verified their first carbon offsets. These projects are expected to reduce 1.5 million tonnes of carbon dioxide (CO2e) over their 20-year lifetime. This milestone came after a patient process of navigating the voluntary carbon markets and – as Troy Wiseman explains in the interview below – is part of the company’s truly long-term vision for triple bottom line profitability. 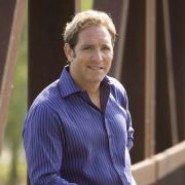 EcoPlanet Bamboo yesterday announced that its Nicaragua bamboo projects successfully verified their first carbon offsets. These projects are expected to reduce 1.5 million tonnes of carbon dioxide (CO2e) over their 20-year lifetime. This milestone came after a patient process of navigating the voluntary carbon markets and – as Troy Wiseman explains in the interview below – is part of the company’s truly long-term vision for triple bottom line profitability.

28 May 2014 | Troy Wiseman, CEO and Co-Founder of EcoPlanet Bamboo, never understood the idea of a zero-sum game when it came to corporate responsibility and profits. To him, achieving both simultaneously is all about the execution – and having the patience to do things right the first time around.

That patience paid off last week when EcoPlanet Bamboo, a company that aims to “make bamboo the timber of the 21st century” completed verification of its 2014 vintage offsets under the Verified Carbon Standard (VCS) and Climate, Community and Biodiversity (CCB) Alliance Standard. The verification marks the debut of carbon offsets from bamboo plantations. In 2012, EcoPlanet Bamboo also became the first carbon offset project to receive political risk insurance (to the tune of $27 million) from the World Bank Group’s Multilateral Investment Guarantee Agency.

When he founded EcoPlanet Bamboo, Wiseman recognized that the only way to ‘move the needle’ on deforestation is to find alternatives to wood fiber. The company is working with major corporations that source paper, activated carbon (used to trap mercury emissions from coal-fired power plants and mines) and other wood products from boreal and other endangered forests to see if they can fill those same product needs with bamboo, at the same price point.

Based in Barrington, Illinois, the company owns seven bamboo plantations covering more than 8,000 acres in Nicaragua and 1,200 acres in South Africa. EcoPlanet Bamboo does extensive research and development on dozens of the more than 1400 types of bamboo, so they know which varieties fit which business need – from biofuels to pulp to furniture.

Wiseman, a lifelong entrepreneur, spoke with Allie Goldstein about the company’s long-term business vision, and how carbon offset sales fit in.

Allie Goldstein: Many of your bamboo plantations are validated as VCS, CCB and Forest Stewardships Council (FSC). Why did you make this effort to validate against multiple standards?

Troy Wiseman: The reason we went thought this intense triple certification process and spent the money to do this right, all the way from the community level to the top of our organization, was to set the benchmark for how bamboo should be industrialized. That is as a sustainable alternative fiber with high potential for reforestation, rather than as a species that otherwise has the potential to become another problem crop.

In addition to the carbon finance, the multiple certifications allowed that to be validated externally. EcoPlanet Bamboo only plants on degraded land that was deforested more than 10 years ago, in line with the VCS requirements, and we don’t compete with food security. If you’re using land like ours that doesn’t have good soils – either acidic, clay or very compacted – it’s going to cost an additional hundreds of thousands of dollars each year per plantation, because it’s going to take one or two years longer for that bamboo to mature. That’s real money. But we know that that’s the right way to do it, and because we’re building a company for 100 years – the long term – we’re trying to be a responsible market leader and set the benchmark.