Critics like to portray environmental regulation as a job killer, but the restoration economy now provides more jobs than mining, logging, or steel production – all while actually fixing the environment instead of destroying it – according to a new study. 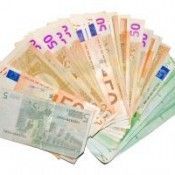 8 July 2015 | Powerhouse industries like agriculture and energy along with their supporters in the US legislature lined up to contest the recently-finalized Clean Water Rule. As usual, their argument is economic: expanding the Clean Water Act’s jurisdiction, they argue, kills jobs. The counter-argument is also economic: regulation may kill some jobs, but it creates others – and, in the long term, it provides the clean air, clean water, and stable climate needed to support a healthy economy.

Now there are numbers to bolster that argument: according to a new study entitled “Estimating the Size and Impact of the Ecological Restoration Economy”, environmental regulation is driving a $25-billion-per year “restoration industry” that directly employs more people than coal mining, logging or steel production – but fewer than oil and gas or auto manufacturing.

“People want to know big picture numbers on industries,” said report author, Todd BenDor, an Associate Professor of City and Regional Planning with an environmental specialty at the University of North Carolina at Chapel Hill. “We basically find ecological restoration is a $9.5 billion industry employing about 126,000 people directly.” On top of that, he found, the restoration economy indirectly generates $15 billion and 95,000 jobs, bringing restoration’s total economic output value to nearly $25 billion.

“There are downsides to environmental regulations but there may be upsides as well. And one of the upsides may be a larger and stronger ecological restoration industry which has a major economic spillover effect,” said BenDor.

Quality of Life and Job Security

“This study diffuses the jobs versus the environment debate we’ve had for years,” said George Kelly, Chief Markets Officer at Resource Environmental Solutions, a large company that mitigates for ecological impacts.

He also noted that these jobs can’t be shipped abroad. “They have to be delivered here on the ground, domestically and locally,” he said.

“Restoration of natural infrastructure is the win-win solution, creating jobs and long term benefits even after the job is done,” said Amanda Wrona, the Knowldedge and Learning Lead at The Nature Conservancy.

But perhaps one of the most noteworthy finds didn’t have to do with the figures directly. BenDor noticed significant momentum in certain places for ecological restoration.

“There’s a lot of development in places such as Oregon, North Carolina and Louisiana where governments are really treating restoration as an industry that should grow and prosper,” he said. North Carolina, for instance, is using tax incentives to encourage watershed restoration

What is the Restoration Economy?

Report authors defined ecological restoration as any activity intended for ecological uplift resulting in a functioning ecosystem that delivers a suite of ecosystem services. They defined the restoration economy as economic activities that contribute to these efforts thus including the industries that carry out the work.

The range of industries is wide and includes project planning, engineering, consulting, legal services, forestry, landscape and earthmoving. Below is a list of the top 15.

Top 15 industries within the restoration economy by estimated sales, 2014.

These industries worked mostly on water-related activities. Wetland, aquatic and riparian and marine and estuarine restoration and management comprised the top spots for restoration type, according to the study’s figures.

The study isn’t meant to be an all-encompassing analysis on the restoration industry. Rather, its intent is to start a trend of more in-depth research that leads to a fuller understanding of the restoration economy, BenDor said.

“We want to forge a path forward and establish a methodology for doing this,” he said. He mentioned partnerships with such organizations as the National Mitigation Banking Association or the Society of Ecological Restoration that have vested interests in this industry, as something he’s looking to pursue.

Greater information on this industry will also lead to more well-rounded policy debates on the economic impact of environmental regulations like the Clean Water Rule, BenDor said.

“I think this kind of information will support a cost-benefit analyses that could lead to policy promoting restoration,” said Kelly.

He also noted the report will help investors in understanding the range of opportunities within the restoration industry.

Measuring this obscure part of the US economy was no easy task, BenDor said, in part because it’s never been done before on a national scale. Locally, there is data. Oregon, for instance, does extensive work in this area. “There’s a Silicon Valley-type thought about restoration in Oregon,” BenDor said.

Also, restoration isn’t the only type of activity these firms carry out, BenDor explained. For example, CH2M Hill is a massive global engineering firm that implements various forms of restoration. However, the company also performs a bunch of other services that have nothing to do with restoration.

The entire business can’t be categorized as a restoration firm. To solve this problem, report authors conducted a national web-based survey collecting data on the percentage of a firm’s employment and sales that is based on restoration activities.

Kelly noted difficulties in the past in terms of moving initiatives forward because of a lack of data. When the NMBA advocated for a capital gains treatment for credits, it had to prove to the Office of Management and Budget how many jobs these environmental markets generated. At the time though, we didn’t have the information, Kelly said.

“It involved a lot of assumptions, but we basically just said there’s a set of firms or a set of activities that we’re going to define as the ecological restoration economy. These are the people involved,” BenDor said.

He emphasized that this study is not a cost-benefit analysis. Nor is it even a comprehensive benefit analysis because the authors’ sole focus is jobs and output-its economic impact. The study doesn’t quantify the environmental benefits like clean water and air that restoration projects generate.

But even just in terms of impact, BenDor believes the study’s estimates are conservative. It’s likely we missed elements in the supply chain and restoration’s impact is actually larger, he said.

One thought on “Ecological Restoration Is A $25 Billion Industry That Generates 220,000 Jobs”