The European Council has failed to put a date on its carbon neutrality pledge after four countries – the Czech Republic, Estonia, Hungary and Poland – pushed back against the rest of the block. Poland says it will only sign on if it can clearly be compensated for economic losses. 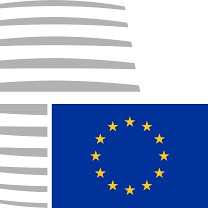 21 June 2019 | BONN | Germany| While climate negotiators are gathered here in the former German capital of Bonn to work out sticky issues relating to international carbon trading, the European Council was  meeting in Brussels to debate a pledge that would set a target of net zero greenhouse gas emissions for the 28 countries of the European Union by 2050.

Twenty four countries favored the target, which was seen as key to accelerating action before year-end talks in Argentina, but four Eastern European countries – namely, the Czech Republic, Estonia, Hungary and Poland – refused to endorse the date unless wealthier countries would foot the bill.

“Poland is one of those countries that must first have a very detailed compensation package,” said Polish prime minister Mateusz Morawiecki. “We must know how much we can get for modernization.”

Draft negotiating texts explicitly mentioned the 2050 date, but the final text merely says the EU will “ensure a transition to a climate neutral EU ‘in line with the Paris Agreement.’”

“While a large majority of European countries were pushing hard for this ambitious call, a few countries held the entire bloc back,” said Helen Mountford, Vice President of Climate and Economics, World Resources Institute. “The summit’s conclusion offers a basis on which to transition to a zero-carbon economy, but it does not reflect the urgency of addressing the climate emergency at our doorsteps.”

Under the Paris Agreement, the EU-28 are committed to reducing emissions 40 percent by 2030, but achieving zero net emissions by 2050 would require reductions of between 55 and 65 percent by 2030, according to the European Climate Foundation (ECF). The Council, however, also failed to commit to steeper cuts in the decade ahead.

“The road to a climate-neutral world requires strong, consistent action in the decade right ahead of us,” says Mountford. “This means committing to strengthen the EU’s 2030 target under the Paris Agreement and putting in place more stringent policies that can ramp up innovation and drive investments in zero-carbon solutions.”