On Monday, the U.S. government announced the finalized version of its Clean Power Plan, which will regulate carbon emissions from power plants in an effort to fight climate change. It’s a flexible plan allowing a variety of strategies power plants can use to lower emissions – and experts agree that emissions trading is one option. 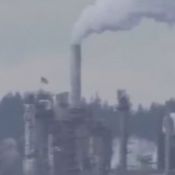 4 August 2015 | For the first time ever, the U.S. Environmental Protection Agency (EPA) will regulate the amount of carbon pollution power plants funnel into the atmosphere in an effort to curb the global warming gas that plays a part in rising sea levels, super storms, longer wildfire seasons, and other climate catastrophes. It’s a massive milestone that has already led to contentious political debates since the EPA released its Clean Power Plan proposal last year.

“We’re the first generation to feel the impact of climate change and the last generation that can do something about it,” said President Barack Obama during a speech announcing the plan. “This is the single most important step America has ever taken in the fight against climate change.”

The final rule is more ambitious than the proposal, with a goal to reduce power plant emissions 32% under 2005 levels by 2030 – up from 23% in the initial proposal. The plan follows the approach of the Clean Air Act, which links the EPA together with states to determine how to obtain and maintain clean air. The agency then established statewide electric power plant emission reduction goals in three forms:

The EPA assessed states individually giving a different rate-based and mass-based goal to each state. It falls to states then to develop and implement plans that will lower emissions from power plants within their state sufficiently based on either the rate-based or mass-based objective. The compliance system officially begins in 2022 and wraps up in 2029. The first deadline for states to submit their plans is September 2016, though there is the possibility of extension.

The EPA says the framework is flexible, allowing for states to implement tailor-made reduction strategies, which will enable them to meet the greater expectations.

Just how states will choose to lower their emissions levels remains an open question, although climate analysts say the plan does leave ample room for market-based approaches.

In fact, it specifically mentions streamlined opportunities for states to use proven strategies such as emissions trading. States are able to develop “trading ready” programs, allowing them to opt in to an existing emissions trading market with other states that are using similar approaches – the Regional Greenhouse Gas Initiative in the Northeast (RGGI), for instance.

This plan eliminates the need for a memorandum of understanding or some sort of interstate agreement, explained Kate Zyla, Deputy Director of the Georgetown Climate Center, a research organization focused on climate and energy policy. It allows states to use out-of-state instruments for compliance without the complex administrative structure typically required.

“The Clean Power Plan is very supportive of the market-based approach should states choose to take it,” said Zyla.

Also, the EPA’s proposed Clean Energy Incentive Program rewards those power plants that cut emissions before the regulation kicks in through energy improvements and renewables with emission reduction credits (ERCs). They can then use these credits to meet reduction targets or trade with other emitters, which will facilitate and encourage interstate trading, says Michael Tubman, the Director of Outreach at the Center for Climate and Energy Solutions (C2ES).

“The final rule embraced carbon trading much more than the proposed plan did,” said Tom Lawler, the Washington D.C. representative for the International Emissions Trading Association (IETA). “It means a lot for trading.”

The aforementioned “trading ready” component is also new to the final rule.

Tubman also noted that the EPA is proposing a federal plan that will be implemented in any state that does not submit a state-based plan by the initial September 2016 deadline. States could use the plan as a model to create their own emissions trading programs.

The EPA’s proposed plan also includes model rules for state trading programs. Both the plan and rule will be finalized next summer.

However, the finalized Clean Power Plan follows the proposal in that it excludes the possibility of using carbon offsets as a compliance mechanism. This plan is strictly for reductions in the power industry, unlike past multi-sector cap-and-trade programs, Zyla said. Because of this, all emissions reductions must come from with the power sector – disallowing offsets from uncapped sectors.

Zyla also noted that the EPA is supporting a lot of approaches for emissions reductions – including investments in low carbon energies such as natural gas and renewables and also demand-side energy efficiency and carbon capture and storage technology –so states may not choose market-based instruments. And it will take time for them to weigh (and price out) their options.

“The states have a lot of options, which is great because they’re going to ask for that kind of flexibility,” she said. “But everybody wants to know what they’re going to do now, and we may not know for a while what they end up choosing.”