Building on the New York Declaration on Forests, more than a dozen developing countries have thrown down the gauntlet for developed countries to support their efforts to increase the ambitions of their climate plans, paying particular attention to financing and scaling up efforts to reduce deforestation. Several developed countries say they stand ready to meet the challenge. 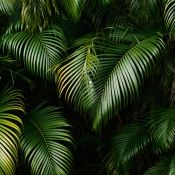 9 December 2014 | Lima | Peru | The New York Declaration on Forests was announced to much fanfare during the United Nations Climate Summit in New York City in September. Developing countries want to make sure the momentum created by the announcement is not lost.

Governments, multinational corporations, civil society and indigenous peoples issued the declaration a joint commitment to cut forest loss in half by 2020 and completely end it by 2030. The pledge, if successfully implemented, would reduce global emissions by anywhere from 4.5 to 8.8 billion tons of carbon dioxide each year. The declaration also calls for restoring more than 350 million hectares of forests and croplands an area greater than the size of India.

Now it’s time to deliver on the declaration, with more than a dozen developing country governments in Africa, Asia and South America signing the Lima Challenge. Developing countries pledged to increase the ambition of their climate plans ahead of the signing of a new climate agreement in Paris in 2015, if developed countries match this ambition with support and incentives and by pledging to help reduce emissions in developing countries via specific mitigation partnerships on REDD+, land restoration and landscape-scale mitigation.

“The problem of deforestation is an institutional one and an ecological one, said Gustavo Suarez de Freitas, Executive Coordinator, National Forest Program, Peru. “This is a very big problem … the problem has to be solved and we have to do it together.

The Lima Challenge also calls on countries that have not yet joined the New York Declaration to do so. Brazil was noticeably absent from the declaration.

The Philippines supports and endorses the Lima Challenge because the country has a lot to gain in reducing deforestation as it is increasingly vulnerable to worsening climate impacts, said Mary Ann Lucille Sering, commissioner of the Philippines Climate Change Commission. Typhoon Hagupit a Filipino word that means violent lashing is currently wreaking havoc in the Philippines, she observed. At least 21 people died due in floodwaters and about one million were evacuated from their homes.

“Our forests play a vital role, both as a mitigation strategy and an adaptation strategy against climate change, she said. “We have seen how our mangrove forests have actually saved a community. We also know the economic benefits of protecting our forests and looking at it more as a friend rather than something we just exploit.

The country implemented a national program to restore forest cover of 1.5 million hectares and stop logging in its remaining national forests, Sering said.

“The Philippines is coming forward with ambitious domestic climate goals that support our sustainable development goals and we are encouraging other countries to do their fair share as well by supporting the Lima Challenge, she said.

The Lima challenge countries must still do the homework of quantifying the mitigation components of their plans, but their joint announcement drew high praise from potential partners.

“I think this is really the first time we see a group of countries from the developing world come together and make such a challenging and ambitious commitment, said Paul Polman, CEO of Unilever. “To have type of initiative come from this part of the world, reaching out to all the others, sets a new stage for the new climate change agreement we’re so desperately trying to get here.

While it is very important that all governments come forward early next year with “ambitious, unconditional policies in their Intended Nationally Determined Contributions (INDCs), Sir David King, Special Representative to the Foreign Secretary in the United Kingdom on climate change, was particularly buoyed by the pledge of the forest nations to indicate how they could go further in reducing deforestation with international support.

“We welcome the idea that through international partnerships working together, we can deliver in Paris more than the sum of our collective INDCs the national climate plans that will form the basis for a Paris climate agreement.

Germany, Norway and the United Kingdom have contributed over $3 billion to REDD+ to more than 50 countries since 2008, King noted.

“Our three countries have long supported REDD+ through the international negotiations, but also through our climate finance, he said. “We are also instigators and firm supporters of the New York Declaration on Forests.

In September, the three countries issued a joint statement in which they pledged to strengthen existing and create new partnerships with forest countries designing green growth strategies, with leading private sector companies taking deforestation out of their supply chains, and with the financial sector, civil society and other donor governments to scale up results-based finance for large-scale REDD+ projects. The statement also recognized the role of indigenous peoples in protecting forests and pledged to support their and local communities participation and engagement in REDD+.

“We also stand ready to fund up to 20 new programs by 2016 if countries put forward robust proposals, he said.