It’s been almost a decade since global companies pledged to slow climate change by purging deforestation from their supply chains, and those pledges have led to unprecedented transparency and accountability in the way companies produce, procure, and process key commodities. Leaders meeting at the World Economic Forum’s Annual Meeting have a unique opportunity to kick the process into overdrive. Will they? 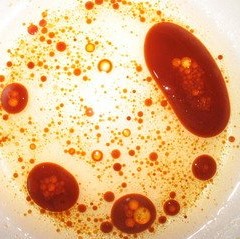 19 January 2019 | In his 1974 book Zen in the Art of Motorcycle Maintenance, the late American philosopher Robert Persig described periods of experimentation and exploration that he called “lateral drift”, where progress seems to freeze, but which in reality set the stage for periods of fervent activity.

Something similar has been happening in the global effort to reverse climate change by ending deforestation, which generates about 20 percent of all greenhouse gasses. Ending deforestation would flip the world’s forests from being net carbon emitters to being massive carbon sinks, but the “Zero-Deforestation Supply Chain Movement,” which I’ll explain in a moment, has been in a state of lateral drift for nearly a decade.

Next week’s Annual Meeting of the World Economic Forum (WEF) could help propel the movement into a new period of fervent activity that not only helps to reverse climate change, but improves the lievelihoods of hundreds of millions of farmers around the world.

To understand why, you need some background.

The Zero-Deforestation Supply Chain Movement emerged almost ten years ago, when hundreds of leading companies pledged to reduce their impact on forests by changing the way they produce, procure, and process commodities. Since then, scores of companies have dramatically reduced their individual impact on forests, but overall rates of deforestation are continuing to rise as bad actors step into forests that more sustainably-minded organizations have spared.

Although it hasn’t slowed deforestation nearly as much as proponents hoped it would, the supply chain movement has completely restructured the global supply chains that bring us cattle, soy,  palm oil and pulp & paper – the “big four” commodities responsible for most of the world’s deforestation.

As a result, it’s easier than ever to differentiate between leaders and laggards, and to reward the leaders while either purging or improving the laggards.

We have, in other words, all the tools we need to end deforestation and reverse climate change, while the WEF’s most recent Global Risks Report shows that Business leaders recognize climate change as the single greatest threat to prosperity and world peace.

They also have the clout to address it.

We will be covering supply chain issues from Davos and beyond on the Bionic Planet podcast, which you find on RadioPublic, iTunes, TuneIn, or on this device here.

The supply chain movement began germinating after the 1992 Earth Summit in Rio de Janeiro, where it became clear that deforestation was generating a massive amount of the world’s greenhouse gasses. In 1993, the Forest Stewardship Council (FSC) emerged to promote sustainable pulp & paper harvesting, but deforestation continued to surge as forests were cleared to meet our ravenous appetites for other commodities.

Responses varied from commodity-to-commodity and region-to-region. Palm oil, for example, was the main driver in Malaysia and Indonesia, where a consortium of NGOs and industry groups formed the Roundtable on Sustainable Palm Oil (RSPO) in 2004 to promote sustainable palm oil. Cattle and soy were the drivers in the Amazon region, where NGOs took a more aggressive approach. In 2006, NGOs pressured consumer-facing companies in the United States and Europe, as well as exporters in Brazil, to sign a Soy Moratorium that ended purchases of soy from farmers who’d recently chopped forest to expand production. In 2009, Greenpeace began outing consumer-facing companies that purchased deforestation-related cattle products from the Amazon region.

The first large-scale deforestation commitment came in 2010, when the 400 companies comprising the Consumer Goods Forum (CGF) passed a resolution to achieve zero net deforestation within their supply chains by 2020. The companies quickly realized they couldn’t achieve the goals without broader support from governments and NGOs, so CGF and the US government launched the Tropical Forest Alliance in 2012 to include these sectors, and eventually christened it “TFA2020” to emphasize the target year.

In 2014, UN General Secretary Ban Ki Moon launched the New York Declaration on Forests, which is a cluster of ten pledges to cut the global rate of deforestation in half by 2020, and to end it by 2030 while restoring hundreds of millions of acres of degraded land.

Last year, TFA2020 hired environmental consultancy Climate Focus to evaluate the impact that these myriad supply chain efforts had on deforestation, and Climate Focus in turn contracted Ecosystem Marketplace publisher Forest Trends to support that effort. We interviewed scores of people active in commodity supply chains – from smallholder farmers to chief executives to environmental NGOs – and published the findings in a report called “Impacts of Supply Chain Commitments on the Forest Frontier.”

In a nutshell, we found scores of companies have, in fact, invested in reforms that have purged deforestation from their supply chains, but the market has not rewarded them with higher premiums. As a result, companies that do the right thing are being undercut by companies that don’t. To end deforestation, most interviewees said, governments must engage more broadly as well.

Not surprisingly, companies that have already invested in greening their supply chains have also begun to lobby for higher government standards.

Consumer-facing companies like Mars and Marks & Spencer rarely grow their own cacao or raise their own cattle. Instead, they buy from hundreds of millions of ranchers, farmers, and fishermen scattered around the world.

When they sign onto something like the NYDF, the good ones will then look for ways to meet their commitments – sometimes by purchasing only commodities certified under something like the RSPO, but other times by mapping their entire supply chains to see which traders they can trust. At that point, they usually examine three strategies: move forward by avoiding purchases from high-deforestation areas, help suppliers improve their practices, and/or look for alternate materials.

The supply chain movement is largely driven by consumer demand, and environmental NGOs have spent decades educating consumers in North America, Europe, and Australia, on the need for sustainable practices and outing bad actors. As a result, almost 90 percent of the companies with deforestation commitments are based in these three regions.

Unfortunately, these three regions aren’t where the demand is. China is the world’s largest importer of both soy and pulp & paper products, while India is the world’s largest importer of palm oil, and much of Brazil’s beef is consumed domestically. This is why global supply chains have separated, like vinegar and oil, with some segments becoming transparent and sustainable, and others operating in the shadows. It’s no coincidence, for example, that RSPO certification applies to 19 percent of the world’s palm oil, roughly the amount that is exported to Europe and the United States.

This clear bifurcation is, obviously, an oversimplification, as many companies are somewhere in the middle – especially since RSPO certifies plantations rather than entire operations. This enables companies to join the organization without putting their whole network under a microscope, but that still brings them into the lab, so to speak, which invites more scrutiny.

While consumer demand is great, most executives will concede that, ultimately, governments must step up with minimum standards that are high enough to save forests, and a majority of delegates to last year’s annual TFA2020 meeting in Accra, Ghana, called for just that.

Business leaders have clearly identified climate change as the greatest threat of our day, and the theme of next week’s meeting is “Globalization 4.0,” which WEF founder Klaus Schwab describes as an effort to build a new “shared future” akin to that forged in the wake of World War II.

We’ve heard these pronouncements before, and it’s easy to dismiss Davos as a chatty club that yields nothing but lateral drift, yet no one can deny the changes that have taken place on the ground. Now is the time to leverage them.