Will the human tragedy of COVID-19 jolt mankind into a more sustainable relationship with the planet on which we depend? Visionary environmental economist Pavan Sukhdev certainly thinks it might. 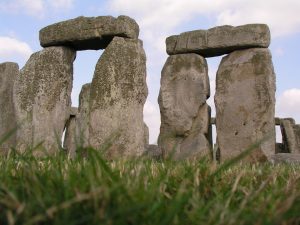 3 April 2020 | Today, the world reels from tragic death tolls and deep disruptions caused by the coronavirus. Country after another struggles to contain and delay the onset of COVID-19 and deliver respite to its beleaguered citizens. This pandemic has stressed the world’s largest health services to breaking point; led to curfews and shutdowns in megacities; brought entire economic sectors (airlines, hospitality, retail etc) to a standstill; and crashed all major stock markets.

However, not all news from this devastating pandemic is bad. For example, it was estimated that lower air pollution in China (from shut factories and less traffic, leading to much lower PM 2.5, the main cause of death from air pollution) could conservatively have saved China 53,000 to 77,000 lives, i.e. more than lost worldwide to the Coronavirus. Positive effects on the natural environment are pervasive: clearer air, cleaner waterways, lower GHG emissions. China’s closures reduced their GHG emissions an estimated 25% compared to the same period last year. But perhaps the most positive effects are still in the making: deep changes in human psyche and culture, in our values and behaviours.

Our new mantra of ‘social distancing’ has accelerated the ‘virtualization’ of our lifestyles. University lectures by stay-at-home professors are being broadcast on Zoom to stay-at-home students. Concerts are being synthesized live from musicians’ parallel video feeds. Socially-distanced family and friends have begun to plan ahead and order similar meals, sometimes from the same take-aways, eating as they web-chat at virtual dinner tables. It is reassuring to see how human ingenuity and technology have found ways to create ‘social proximity’ despite the lockdowns and physical separation. Some of these new patterns might outlive COVID-19.

Our new stay-at-home existence is also bringing back values and behaviours that had been gradually disappearing from our lives. People are reading books, families are eating together, parents are teaching children. There is the apocryphal story of the investment banker who, after six hours of trying to take his children through their lessons, finally understood the invisible value of primary school teachers, and declared that they must all be awarded million-dollar bonuses!

At a fundamental level, we may even rediscover wonder, fear and humility, and accept that the human species is part of a much larger system, the Earth’s biosphere. We may begin to understand that the biosphere of the Holocene (the official name of the geological epoch we’re living in) is actually a finely balanced health system for both human health and planetary health, and that they are connected.

The Holocene epoch spans the last 11,700 years of the Earth’s history. It began with the end of the last major glaciation, or Ice Age. Nature in the Holocene is a highly complex system in equilibrium. It is characterized by its remarkable stability – the predictability of its seasons, temperature and rainfall patterns – which has made agriculture and human settlement possible and given birth to all known human civilizations. It is also characterized by its resilience: its ability to spring back into shape after a period of serious disturbance… witness the suddenly cleaner air in your city.

For the last century or so, human economic growth has been buffeting this system. We have caused serious disturbances: large-scale deforestation, pollution, climate breakdown. Might it be a mistake to assume that a seriously complex adaptive system, such as the Earth’s biosphere in the Holocene, has no negative feedback-loops, no defensive or adaptive mechanisms, in fact, no means of ensuring that it returns to equilibrium? An unsettling thought arises: might not SARS-CoV-2 be one such mechanism to help the Holocene biosphere neutralize the effects of our disturbances? Or before that, the Spanish Flu of 1918? It is, after all a world of system dynamics, self-balancing mechanisms and feedback loops…

Deep lessons will no doubt be learnt, but for them to lead to a better world, we need to act on them. Bill Gates, in a TED Talk in 2015 in which he spoke about the next global crisis being a virus-caused pandemic rather than a nuclear war, pointed out that the WHO is funded only to monitor epidemics, but not to take actions that prevent or contain their spread. Today, that responsibility still rests with governments and, yes, with citizens: with us.

What Can We Do?

Quite a lot, actually. We can accept scientific advice and collaborate with official instructions (social distancing, washing hands etc). Thinking one step beyond that, we can also learn to avoid the habits that have worsened health outcomes. For example, the main co-morbidities of Coronavirus (i.e. the health conditions that dramatically worsen its effects) are heart disease, lung disease, diabetes and compromised immune systems. And the chief cause of lung disease and heart disease today is tobacco. So, will we now learn not to vape or smoke tobacco? And will banks amd investors finally stop financing tobacco companies?

And perhaps, if we think deeply enough, our most important lessons – and actions – will be about our dominant economic model. This model glorifies markets, and as markets only trade private claims, it devalues public and community goods and services, such as robust national health services. It places private goods on a pedestal above community and public goods which do not have market prices, indeed do not trade in markets. In other words, it gives man-made capital (financial and manufactured capital) pride of place above all other capitals – natural, human or social capital. These other capitals are excluded from accounting frameworks, both at the national level and at the company level. The time has come to correct these design defects in our economic and corporate models.

We need a new economic model: a green and equitable economy of permanence, a ‘circular economy’. Read my blog to know more.

We should recognize and value non-market goods and services such as nature’s free services (natural capital is the ecological bedrock of our society and economy); relationships and trust (social capital provides the social foundation of commerce and profitability); unpaid labour of home-makers (human capital which makes family life possible). We need to go beyond GDP to measure national economic performance, and the United Nations’ Inclusive Wealth Report does exactly that. In the same way, we need to measure corporate performance beyond profits by calculating Integrated Profit & Loss, covering all four capitals, see www.gistimpact.com.

Scientists have argued that it is time to recognize the advent of a new age, the so-called ‘Anthropocene’: an epoch during which human activity has become the dominant influence on climate and the environment. It is no longer natural phenomena, such as cycles of oscillations of the Earth’s orbit around the sun but rather our economy’s GHG emissions that determine Earth’s climate. The science behind this proposed new epoch is persuasive. However, this phase-change and name-change for the earth system is not a done deal.

At the time of writing, neither the International Commission on Stratigraphy (ICS) nor its parent body the International Union of Geological Sciences (IUGS), the purveyors of naming geological periods and epochs, has officially approved the term ‘Anthropocene’ as a recognised subdivision of geologic time. Officially, therefore, we are still living in the Holocene.

The term ‘Holocene’ is derived from two Greek words meaning ‘entirely recent’, indicating that this crucible period of the human species’ stellar success is no more than the blink of an eye in the life of planet Earth and its biosphere. So perhaps the new term ‘Anthropocene’ itself smacks of our misplaced hubris? And perhaps it is better that we reflect on the lesson we have just learnt about the resilience of the Holocene, and leave it be?

Our time might be better spent in adapting our values and behaviours to one-planet living, rather than rediscovering what happens when the Holocene strikes back.

Pavan Sukhdev is a scientist by education, an international banker by training, and an environmental economist by passion. Years of work in sustainability and the invisible economics of nature led to his appointment to head the United Nations’ “Green Economy Initiative” and to lead the G8+5 study TEEB (The Economics of Ecosystems and Biodiversity).

He currently serves as President and Board Chair of WWF International and Chief Executive Officer at GIST Advisory Switzerland S.A.

Photo by nocco from FreeImages