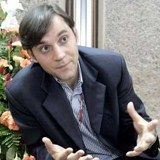 8 December 2009 | Climate change negotiations in Copenhagen were throttled with thousands of UN observers stuck in long, cold dark lines only to be turned away, when the facilities could not accommodate the registered delegates.

COP15 is the most important environmental moment in a generation, with more than 100 heads of state planning to attend. Heightening the drama, the Rainforest Coalition‘s Kevin Conrad called for consideration of a never-before exercised option within the UN process to by-pass the consensus and adopt a system where only 75% of nations at the talks would need to agree. This would fundamentally change the climate change negotiations on many far-reaching levels.

The so-called REDD proposal, for reducing emissions from deforestation and forest degradation in developing countries, is the most advanced topic at the meetings. There have been dozens of supportive UN decisions for the concept of new incentives to stop deforestation, many official UN technical reports on the subject and widespread recognition REDD is the biggest opportunity for developing countries to reduce emissions from an entire sector at the national level.

Making the situation even more dynamic is that President’ Obama, as then-candidate Obama, has expressed strong support for REDD. One of the four key pillars to Candidate Obama’s promise to re-engage the international community on climate change was his support of preventing deforestation. The US delegation has been largely supportive of REDD even though it has drawn fire from many countries opposed to a move away from the Kyoto Protocol’s strict timetables and targets for developed countries.

“By offering incentives to maintain forests and manage them sustainably, the
United States can play a leadership role in dealing with climate change.”
Candidate Obama’s 2008 Campaign Pledge

After two days of talks, negotiations continue in Copenhagen with little certainty a deal can be struck, either on climate change at large or on the far-advanced topic of REDD.

When President Obama visits talks next week, his delegation will have to decide, especially if Papua New Guinea continues its quest to forgo consensus rule, whether it is prepared to be a leader in dealing with climate change and tropical deforestation.