Climate negotiators spent the last two weeks in Bonn sketching out the roadmap for achieving the ambitions laid out in Paris. It’s the kind of tedious work that doesn’t generate headlines, but it’s what can be the difference from reaching your destination and ending up in a ditch. 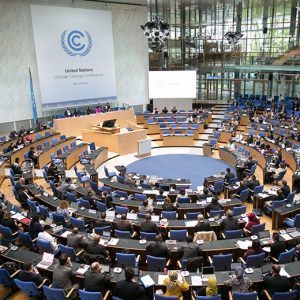 20 November 2017 | The Americas aren’t named for Christopher Columbus, but for his map-maker, Amerigo Vespucci, who first figured out that Brazil is a pretty big part of the New World – something to keep in mind as climate negotiators sketch out the map for implementing the Paris Agreement.

This year’s talks were all about map-making and rules for score-keeping, although in UN-speak they began the “facilitative dialogue” that sets up the “global stocktaking” that underpins the ratcheting process that’s supposed to turbocharge the Paris Agreement, as countries learn from each other to slash emissions faster and faster.

Negotiations around carbon markets only inched forward a bit in Bonn, mostly because agreement is further advanced than in other negotiating tracks, so the financing and adaptation track slowed the markets track – which is a tragedy, because clarity on markets means clarity on finance and adaptation. It was disappointing to see no formal negotiating text emerge, but one is due by March. If you read a piece we posted in January, called “Building On Paris, Countries Assemble The Carbon Markets Of Tomorrow”, you’ll still have a pretty clear idea of where we stand now.

The Paris agreement doesn’t explicitly mention carbon markets at all, but instead assumes that countries will develop them domestically. The Agreement’s contribution is to recognize this and to say that countries can trade “Internationally Transferred Mitigation Outcomes” (ITMOs) among themselves to deepen the targets they’ve set in their Nationally-Determined Contributions (NDCs).

Article 6 of the Paris Agreement lays out two paths that countries can use to trade their emission-reductions internationally, and the two paths are not mutually exclusive. The first is the “cooperative” approach, which lets countries coordinate trading among themselves, provided they follow accounting principles that pass muster with the UNFCCC.

The second path, championed by Brazil, will be forged within the UNFCCC itself and offer a centralized mechanism for transferring emissions reductions. In Bonn, the Coalition for Rainforest Nations proposed the creation of a second platform, dubbed the “Gateway Mechanism“,  but that has not become an official agenda item.

Here is the full text of Article 6, with brief summaries of each paragraph in simple English.

Countries can cooperate with each other to ramp up their climate change strategies (“allow for higher ambition in their mitigation and adaptation actions”) and promote sustainable development.

Countries can meet their emissions reductions targets (“nationally determined contributions”) by trading emissions reductions (“internationally transferred mitigation outcomes”) among each other, and they can create their own governance structures to manage the process, but they must make sure the trading promotes sustainable development, and they must follow accounting principles approved by the UNFCCC.

The Paris Accord allows the transfer of emissions reductions between countries, but the national climate strategies are not as uniform as the caps were under the Kyoto Protocol.Interestingly, the Paris Accord does say that trading must promote sustainable development, which seems like a remnant from the days of differentiation.

No countries are obligated to participate in the carbon markets.

The UNFCCC will also create a centralized trading platform that countries can use to trade emissions reductions. Some are calling this the “Sustainable Development Mechanism”.

If one country transfers an emissions reduction to another country, then it can no longer deduct those emissions from its own carbon inventory. In other words: no double-counting.

Some of the money raised from the central platform will go to maintaining the mechanism, and some will go to least-developed countries.

High-level negotiators will provide more details on the Sustainable Development Mechanism at the end of this year in Marrakesh.

Countries can also cooperate without using markets, and non-market approaches can be integrated with market-based approaches. Non-market approaches have been promoted by countries such as Bolivia and Venezuela and might include policies to promote renewable energy, as an example.