NOTE: This story first appeared on the Forest Trends Blog. You can view the original here. 8 December 2015 | It shouldn’t be surprising that an issue that’s been at the forefront of international climate policy discussions for the past decade is turning out to be a key one in Paris. As with most components […] 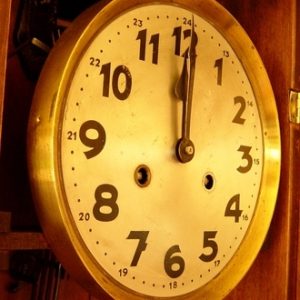 NOTE: This story first appeared on the Forest Trends Blog. You can view the original here.

8 December 2015 | It shouldn’t be surprising that an issue that’s been at the forefront of international climate policy discussions for the past decade is turning out to be a key one in Paris.

As with most components of the negotiating text, the big issues around forests have already been resolved, and now the questions center on politics over seemingly subtle semantics. Negotiators are trying to operationalize – or flip the “on” switch – on finance for forest protection, a tool known as REDD+ (Reducing Emissions from Deforestation and forest Degradation).

What’s in a Name?

Although there’s widespread agreement that REDD+ needs to be part of the Paris agreement (60 heads of state mentioned forests last Monday in their opening speeches), negotiators are fighting over whether it should take the form of a “mechanism,” a “framework,” or something else that achieves the same goal.

At COP 13 in Bali, the big REDD+ fight was over a semicolon, and now it’s essentially over how to say REDD+ without mentioning “mechanism” or “framework” – each a dirty word to different camps.

While it might seem like a trivial distinction, negotiators are struggling with enshrining concepts into the Paris agreement that will live on for decades. Just as the concept of “differentiation” – the notion that some countries should contribute more money and climate action than others – was enshrined in the UN Framework Convention on Climate Change (UNFCCC) over 20 years ago and still haunts some countries today, there’s an anxiety now that codifying REDD+ in a similar manner will lead to similar implications far down the road.

On the other hand, given the length of the text and the immense magnitude of the issues left for ministers to resolve, countries need to think about the big picture and stop fighting over one word. Breaking Even in Paris

Although forests weren’t expected to be a big part of the Paris discussion (mostly because all the technical and scientific discussions have been agreed to at Bonn in June 2015 and in the Warsaw REDD+ Framework), REDD+ still needs a political signal to “turn it on ” and operationalize it.

We feel confident that REDD+ will ultimately be part of the Paris agreement. But the longer this goes on, the higher the risk that we fail to reach consensus before Ministers get impatient and take more prominent mentions of REDD+ off the table. They won’t kill REDD+, but they’ll go back to square one: using code words like “sinks and sources” and “net emissions” rather than explicitly referencing forests — with or without the REDD+ acronym. This would be a missed opportunity to send a strong political signal that REDD+ can be used as a mitigation mechanism within countries’ national commitments to reduce their emissions.

Another issue is the fact that most of these negotiators have been debating REDD+ for over a decade. While they’ve made a lot of progress, they’ve accumulated a lot of personal baggage over that time frame. A fair amount of what’s happening now boils down to bad blood between negotiators. It’s human nature.

The fear is that if you create a mechanism like the CDM, it’ll have an executive board, which has proven slow and highly bureaucratic. While that’s a legitimate fear, there is no language in the current proposal that would create a board or any other governing body. And if any such language were proposed, it’s a safe bet that civil society and most countries will say, “Nope.” It doesn’t need one, and the Paris Agreement doesn’t call for one.