The Royal Bank of Sweden today announced it was awarding the Nobel Prize for Economics to two American economists: Paul Romer, who made us think about the economics of education and sustainable development, and William Nordhaus, who pioneered the use of economic modeling to quantify the economic impact of climate change. The announcement comes just […] 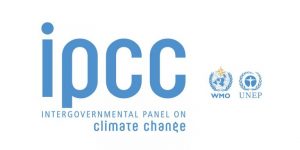 The Royal Bank of Sweden today announced it was awarding the Nobel Prize for Economics to two American economists: Paul Romer, who made us think about the economics of education and sustainable development, and William Nordhaus, who pioneered the use of economic modeling to quantify the economic impact of climate change.

The announcement comes just as the Intergovernmental Panel on Climate Change (IPCC) issued a detailed analysis of the changes needed to prevent global temperatures from rising more than 1.5ºC (2.7ºF) above pre-industrial levels, which is the aspirational target identified by the Paris Climate Agreement.

The gist is that, yes, we can get there by slashing industrial emissions and restoring the living ecosystems that support our civilization, and doing so would even create a more sustainable and equitable society, but it will also face stiff opposition from entrenched interests.

One way to get there, they said, is to make companies pay a high price for the greenhouse gasses they emit – or, as we say colloquially, “put a price on carbon”.

It’s a finding that, perhaps not coincidentally, draws on the work of both Romer and Nordhaus.

For more on the economics of carbon pricing, check out episode 34 of the Bionic Planet podcast, where we revisit our 2016 interview with environmental economist Gernot Wagner. Bionic Planet is available on iTunes, TuneIn, Stitcher, and pretty much anywhere you access podcasts, as well as directly on this device via the link below:

The IPCC’s Special Report on Global Warming has been in the works since the Paris Agreement was ratified in 2016, and its findings are designed to inform year-end climate talks, which take place in Katowice, Poland, in December.

The report draws on more than 6,000 scientific papers and looks at different scenarios – from those that focus primarily on reducing energy demand to those that focus primarily on expanding carbon sinks, including forests and soils (referred to as “AFOLU” in IPCC lingo, for “Agriculture, Forestry, and Other Land Uses”), but also new carbon and capture technology (referred to as “BECCS” for “Bioenergy with Carbon Capture and Storage).

Prior to the release, several organizations criticized drafts then in circulation for giving short shrift to natural climate solutions, in the form of LULUCF, and placing too much emphasis on untested technologies in the form of BECCS.

The The full report can be daunting, but the Frequently Asked Questions are designed for a mainstream audience, and The Summary For Policy Makers provides a thorough summary of the findings.

For a deeper dive into the ways that Romer’s ideas on sustainable development fit in with Nordhaus’s ideas on carbon pricing, as well as how both fit into the IPCC report, check out this string on Gernot Wagner’s twitter feed:

Perfect timing to have Bill Nordhaus win the @NobelPrize the day the 1.5°C @IPCC_CH report comes out. But the same goes for @PaulMRomer winning with Bill. Lemme explain… https://t.co/mtt5AEmxga