If total greenhouse gas emissions in new or updated country plans offer a mere 0.5% reduction, greater ambition is needed from governments to fill this gap. Can a robust voluntary carbon market play an important role in this context? 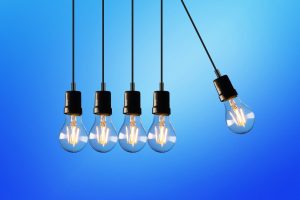 26 April 2021 | The next decade matters hugely in our collective battle to cut greenhouse gas emissions. Existing nationally determined contributions (NDCs) by governments are collectively far from the level of abatement needed to avert dangerous warming. A 1.5C-consistent pathway requires a 45% cut in global emissions by 2030 from 2010 levels; a 2C pathway requires a 25% cut. However, total greenhouse gas emissions in new or updated NDCs published last year offered a mere 0.5% reduction.

Greater ambition is needed from governments to fill this gap, coupled with clear plans to implement NDCs. Last week’s announcements of the NDC of the US and other countries marks a big step in the right direction. As a next step, announcements need to be translated into action. A robust voluntary carbon market plays an important role in this context: It can mobilize significant amounts of finance, harness private capacity, and empower communities to benefit from mitigation actions.

Considering the important role that the voluntary carbon market can play in support of the Paris climate goals, it is in nobody’s interest for the market to be held back by disagreement over core questions, in particular related to the nature and use of offsets and the role of corresponding adjustments.

We, the authors, have been on different sides of this debate. This is not because we disagree on the value or need for a credible and transparent voluntary market. It is instead, largely, a different view on the best way forward for the voluntary carbon market in light of two objectives: First, to ensure the credibility of claims made by buyers. When a company claims to have ‘offset’ its emissions, that statement should be grounded in truth. Second, to use the voluntary carbon market to maximize investment in mitigation action. In this way, it can be an important tool to make good on the commitment to support developing countries’ climate action.

Both objectives are clearly valid. In the light of insufficient levels of public climate finance, carbon markets are essential tools to drive emission reductions and other environmental and social development benefits, in particular in developing countries. Carbon finance can also play an important role in harnessing private-sector ingenuity and implementation power to devise climate solutions on the ground. At the same time, the use of carbon credits needs to be transparent and corporate claims made against these credits must be true.

On this issue, as with others, companies rightly want clear guidance to inform their investments and consequent claims. They also want confidence that these won’t expose them to criticism or become effectively stranded further down the line. In the interest of providing this clarity, we have identified three important principles on which we agree:

First, avoiding all forms of double counting is critical to the integrity of carbon markets. This has always been the case and is indeed enshrined in the Paris Agreement. The logic of the Paris Agreement, i.e., building trust through transparency and encouraging a ratcheting up of ambition and action, depends on robust accounting for emission reductions and removals. Double counting risks compromising the environmental integrity of the climate regime by distorting actual greenhouse emissions achieved by countries. If left unchecked, double counting of emissions reductions may stifle efforts among countries to cooperate in the implementation of the Paris Agreement.

Second, companies can credibly use voluntary carbon markets within the context of ambitious climate plans without claiming to offset their emissions. The predominant narrative to date has focused on how the two objectives of credible claims and maximized mitigation investment should be reflected in a future approach to ‘offsetting’. What has too often been overlooked is the fact that both can be met without compromise through a different approach to the market: one that emphasizes the financing of climate action rather than the offsetting of emissions.

This is an approach that is garnering increasing interest, most recently through a study by New Zealand-based Motu Research. Companies could still use existing market infrastructure and take credit for supporting emission reductions beyond their own operations and supply chains. But rather than offsetting company emissions, their transactions would contribute to host country NDCs, and indeed sustainable development goals, for which they could make a “finance” or “mitigation” claim. The integrity of the unit would still be assured through standard requirements; but with no offset claim, a corresponding adjustment would not be required.

By taking up such finance- or mitigation-based claims, the voluntary market could access more mitigation opportunities than if restricted to offsetting. It could actively contribute to the Paris Agreement’s goals by supporting the achievement of NDCs, helping to raise their ambition, as well as acting beyond them.

This approach could also enable investment in activities that are not suited to offsetting claims, and explore new approaches to attributes such as permanence, where the complexity of current approaches is primarily in place to protect the offset claim. This shift could also open up new modes of voluntary corporate action such as those described in WWF’s Blueprint for Corporate Action on Climate and Nature.

In other words, finance-based claims could create a pioneering new route for private actors to make a transformative and high-impact contribution to the Paris goals while making claims that can be trusted.

Third, offset claims should be robust, and companies should avoid ‘double claiming’, i.e., more than one entity using an emission reduction or removal towards a target. For example, if a government is accounting for emissions reductions under its NDC, a company should not use the same emission reductions certified, e.g., under the Gold Standard, as an offset. While such double claiming would not affect greenhouse gas accounting under the Paris Agreement, when both a government and a company take credit for the same emission reduction, doubt is cast on any compensation -or offset- claim by the company. Corresponding adjustments give companies the assurance that there is no competing claim hanging over the emission reduction it has enabled or purchased.

The potential for perverse impacts through double claiming may be higher in some country contexts than others. NDCs under the Paris Agreement are not uniform: some are economy-wide, some sector-specific; some are conditional, some unconditional; and some are enshrined in law while others may be largely aspirational. Very few countries have the technical capacities yet to put in place the required accounting systems for corresponding adjustments, and those countries that need carbon investments most may have the least capacity.

This points to a need for pragmatism in how new rules are introduced. But it does not change the fact that if an emission reduction is double claimed, its credibility as an offset is in question. Companies that are serious about their pledges should care about this: they’re making a promise to their investors and customers when they claim to have offset their emissions and should want this promise to be kept.

In sum, we need solutions that can enable the voluntary market to continue to deliver impact on the ground over the next decade and beyond, moving beyond the Kyoto era and supporting the Paris goals. Offsetting has taken the market a long way and will continue to play an important role. If market actors are willing to embrace new claims – those that emphasize the financing of an emission reduction for climate mitigation – we could go a lot further and, in so doing, put the corresponding adjustment debate behind us.

Photo by Rodolfo Clix from Pexels

As Head of Environmental Markets at Gold Standard, Hugh Salway oversees Gold Standard’s market-related strategy and policy work. Hugh worked for nearly a decade on climate policy at the UK government, including leading its work on international carbon markets.

Charlotte Streck is the co-founder and director of Climate Focus. She is an internationally renowned expert on climate policy with a focus on forests, agriculture, and climate finance mechanism. She is a Professor at the University of Potsdam and a prolific writer and publisher.