Mayors from cities across the United States are exploring nature-based infrastructure – such as mangroves for coastal protection and wetlands for flood management – as protection from rising sea levels. Funding for green city projects, however, remains elusive even as more than $25 billion flows into such projects worldwide. 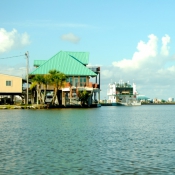 15 December 2016 | The city of Chicago is planting millions of trees and “greening” its alleys to mop up stormwater and reduce the urban “heat island” effect, while the City of Hoboken, New Jersey – which took the brunt of Hurricane Sandy’s impact in 2012 – is restoring marshes and turning vacant land into a “resiliency park” that will mop up at least one million gallons of floodwater.

Both cities are featured in a working paper called Roadmap to Support Local Climate Resilience, which grew out of October’s Rising Tides Summit in New Hampshire, where 36 mayors from cities in 18 of the 23 coastal US states gathered with federal disaster relief officials to chart a course towards resilience in the age of climate change.

The mayors came from across the political spectrum – nearly half, 17, were Republicans, while 16 were Democrats, and three were Independents – but all agreed that sea levels were rising because of man-made climate change, and that nature-based “green” infrastructure is part of the solution.

Unfortunately, they also identified a massive funding gap, and this was before the election of Donald Trump as President opened a perceived leadership gap as well.

“We need either the state – which doesn’t want to get involved because the governor doesn’t believe in sea-level rise – or the federal government to come up with funds,” said James C. Cason (R), Mayor of Coral Gables, Florida, during a media call arranged by the World Resources Institute (WRI), publisher of the Roadmap paper.

“As people come through our redevelopment process, we require them to consider green infrastructure,” said Dawn Zimmer (D), Mayor of Hoboken, New Jersey, who tapped the federal Environmental Protection Agency to fund its resiliency park. “We’re encouraging it as people go through our planning boards and our zoning boards, but we’re also looking at ways that we can incentivize it and make it happen across the board.”

“Several cities are embedding nature-based solutions into their resiliency planning,” said C. Forbes Tompkins, who compiled the report for the World Resource Institute. “But they don’t know where the funding is going to come from.”

New research shows a growing willingness on the part of cities and even the private sector to invest in such initiatives worldwide, and may offer insight into challenges faced by coastal cities.

In a separate report called Alliances for Green Infrastructure: State of Watershed Investment 2016, also released today, Forest Trends’ Ecosystem Marketplace looks strictly at investments in watershed protection or enhancement which involve a clear transaction of payments in exchange for ecological services. Such programs appear to work best when a clear environmental benefit can be translated into a clear economic benefit.

The “buyers” and “sellers” vary from place to place, and can involve a government paying landholders a direct subsidy to reward good land stewardship practices, or it could be a beverage company paying local farmers near its water source to reduce their pesticide use, alleviating the need for costly on-site water treatment. Or it might look like multiple water users – for instance, a city government, the local water utility, and companies – paying into a “water fund” for greater impact. 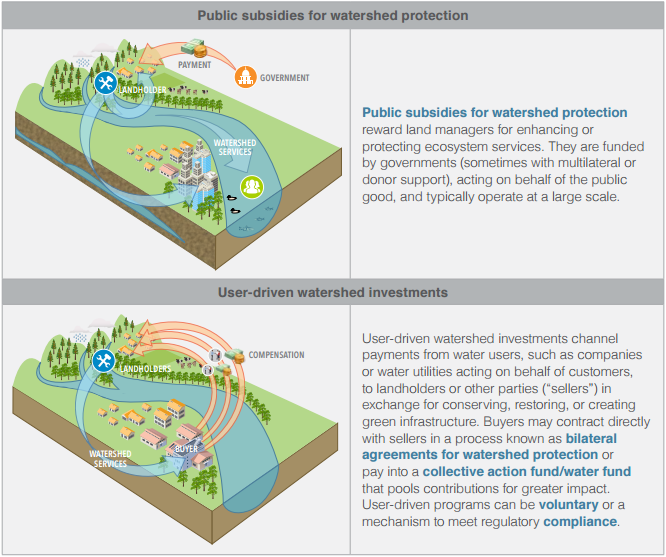 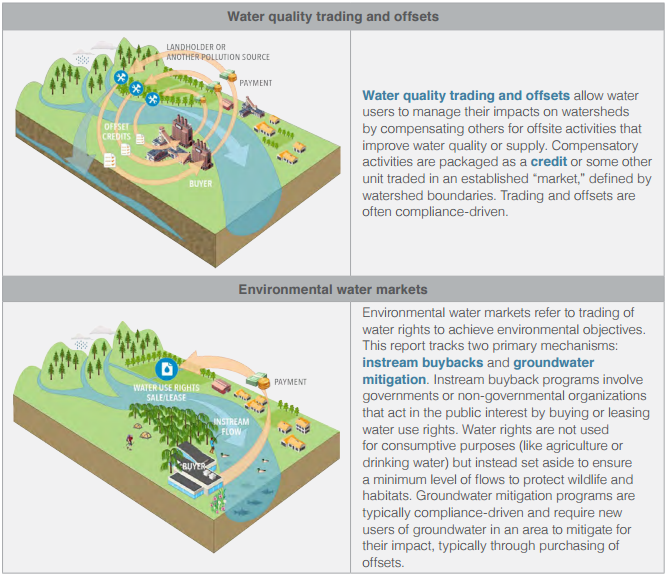 Once considered obscure, such programs have now matured to the point that, when asked to identify the biggest barriers to “scaling up” watershed investments, only 11% of program administrators reported having a difficult time securing demand (e.g., finding willing “buyers”).

“A lot of programs are telling us that capacity is an issue: things like managing funds and identifying project sites, demonstrating benefits to stakeholders and potential buyers,” said Genevieve Bennett, lead author of the Ecosystem Marketplace report, during a launch webinar this week.

“In this space there’s a common wisdom that the constraint is money – that people aren’t willing to pay for green infrastructure,” Bennett explained. “But one of the things we saw this year…is that there actually is quite a lot of finance waiting in the wings for green infrastructure. At minimum, it’s hundreds of millions of dollars, and it might be much higher.”

Bennett said there’s a clear need for more “shovel-ready projects” that are prepared to accept that funding.

Speaking at the same event, Daniel Shemie, Director of Strategy for Water Funds within The Nature Conservancy’s Global Water team, agreed that while it’s tempting to diagnose a lack of finance as the biggest constraint for programs, the real bottleneck is capacity.

“It’s a little counterintuitive,” he said. “You would think that at the very top of operating programs you’d say ‘money, money, money.’ But once you’re in a program, your challenge is much more around implementation. It’s always a temptation to think that, ‘well, if we only had money,’ but there are major challenges in implementing large, landscape-scale investment.”