Mexico aims to slash its greenhouse gas emissions in part by improving the health of its forests, farms, and fields. The Scolel’te project has been doing that for decades, and provides a template for national strategies. 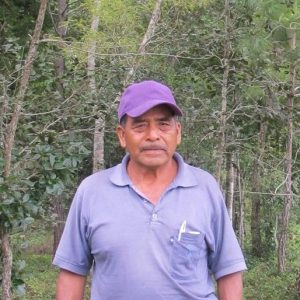 29 March 2018 | CHIAPAS | Mexico | In early September of last year, an 8.0 magnitude earthquake killed 98 people in the rural region of Chiapas. Then, two weeks later,  another powerful quake killed 370 people in and around Mexico City – 32 years to the day after the deadly 1985 earthquake that killed over 10,000 people in the same region.

As tragic as these two quakes were, their combined death toll was a staggering 95 percent lower than that of the single 1985 disaster – a testament to the strides the country has made in improving not only its buildings, but the resilience of its rural landscapes and the quality of its peoples’ lives.

That resilience is also baked into the country’s climate action plan – technically called a Nationally-Determined Contribution (NDC) – that it submitted under the Paris Climate Agreement. The plan involves the use of carbon finance to restore forests and help farmers manage their land in ways that will stand up to floods and earthquakes.

In Chiapas, for example, a small forest carbon offset project called Scolel’te has helped thousands of farmers their land management, and the Mexican government is looking for ways to scale up efforts like this in the future.

Chiapas is home to thick forests and clean waters that provide habitat for thousands of rare and endangered species. But the state is also one of Mexico’s most impoverished, and unsustainable agriculture is destroying natural habitat at alarming rates. The Scolel’te project aims to change that by helping farmers integrate forestry into their agricultural practices.

In the short term, farmers would receive payments from carbon offset sales to encourage and reward tree-planting; in the long term, farmers could enjoy higher yields because of nitrogen and carbon that trees “fixed” into the soil, not to mention fruits and other non-timber products harvested from trees.  The Scolel’te project championed a new, radical idea: that farmers in the poorest province in Mexico should receive payments for storing carbon in their trees.

Don Fernando López was one of the first farmers to participate after the project officially launched in the late 1990s, and he has been involved with the project for the last twenty years. López set aside almost seven hectares – or about one-third of his land – to plant trees instead of corn as one of the early participants in the project.

But many of his neighbors were suspicious of the idea. Some believed that selling their carbon would result in selling their land or trees to the buyer, and they also saw the difficulties that early movers like Lopez faced.

At first, says Lopez, he tried planting cedar and other tropical trees, but Yaluma rests in a drier, more temperate climate than other parts of Chiapas, and the saplings died. He then turned towards planting native pine and cypress trees, which we are now walking through.

It’s not only trees that grow here. Plants also grow around or on the trees, which his wife Doña María Luz mixes to make herbal medicine and teas. She especially likes also collect linden blossoms, which makes an aromatic tea and has also been used as an herbal remedy for insomnia, coughs and other ailments. Both activities help López earn additional income outside of that generated from the nearly 2,000 metric tons of carbon dioxide sequestered through their tree planting activities.

Lopez’s growing knowledge about which trees grow best in Yaluma has made him a local expert, and today he makes his living as a regional technician. With this position, he has encouraged the growth of agroforestry among more than 100 community members in Yaluma.

The Scolel’te program has now grown beyond Yaluma to nearly 9,000 hectares (issuing over 500,000 metric tons of emission-reductions). Still, this is tiny in comparison with other forest carbon projects in the world.

Projects like Scolel’te could prove instrumental to helping Mexico reach both its Sustainable Development Goals and its Paris Agreement pledges – if these activities can get to scale.

Mexico has pledged to reduce its greenhouse gas emissions by 22% below business-as-usual in 2030 – and will consider reducing emissions by 40% with help from the international community.

Reducing emissions from forestry could play a big role in this commitment. According to the Nature4Climate tracker, Mexico needs to reduce emissions by an average of 214 million metric tons of carbon dioxide equivalent each year, and forestry and land-use activity could reduce emissions by 588 million tons each year.

That’s a lot of emissions that need to be reduced. A key challenge for Mexico – and many other countries – will be figuring out who to measure and enact changes on the ground, while also supporting emissions reductions at a scale needed to reach their goals.

Birth of an Idea

The Scolel’te project coordinators know first-hand about the difficulties of measuring and scaling their afforestation project.

For the project to work, Scolel’te first had to measure the amount of carbon and nitrogen flowing into and out of the trees it was planting, and it had to figure out a way to do so across scores of remote villages.

In 2016, the standard certified 2% of the market volume, according to Ecosystem Marketplace’s most recent State of Voluntary Carbon Markets Report.

Within the Scolel’te project, most Chiapas farmers only own small parcels of land. These farmers must each make their own commitment to plant trees and not harvest them for at least 25 years; and each of these plots must be visited by regional Scolel’te technicians at least once a year. Don Fernando’s plot is a two-hour drive from San Cristobal but is one of the closest projects; project technicians must travel much further and on smaller roads to visit other plots.

All of these activities drive up the cost of the project: and afforestation projects are some of the costliest carbon offset projects out there.

Even though Plan Vivo projects typically attract the highest average prices at $8 per metric ton of emission reduction, that price is still well below the cost it will take to reduce carbon dioxide or similar greenhouse gases in the future. Tree-planting projects have the added benefit of providing many co-benefits as well.

In recent years, climate-savvy buyers have shown growing interest in supporting projects with “co-benefits”; that is, benefits beyond carbon impact. In Ecosystem Marketplace’s 2017 State of Forest Carbon Finance report, global offset suppliers reported that co-benefits had “some” or “major” influence over their decision to purchase 92% of offsets sold in 2016. Despite valuing co-benefits, not all buyers pay more for offsets with co-benefits.

Prices for carbon offsets could potentially rise a number of ways: projects could start quantifying and selling co-benefits separately from carbon. For example, another carbon offset standard called the Gold Standard has produced several methodologies that allow projects to quantify and sell project benefits around reducing black carbon or increasing gender inclusiveness.

But the biggest boon for projects will come from increased demand. In Mexico, this would mean inclusion in the country’s upcoming cap-and-trade program, which is currently set to launch in the fall of 2018. So far, the Mexican government has not announced which kinds of offsets could sell into this market.

Another, bigger market that might allow afforestation projects is the upcoming Carbon Offsetting and Reduction Scheme for International Aviation (CORSIA) organized by the International Civil Aviation Organization. This is a market that will launch in 2020 to allow airlines to offset their emissions – however, the eligibility of many offset types remains unclear. (Keep an eye out for our upcoming infographic that explains CORSIA in more detail.)

One thing is clear – climate change and sustainable development challenges aren’t going anywhere. While countries like Mexico have made commitments to address these issues, they need to figure out how to produce impacts on the ground – especially in their poorest, most impoverished regions.

Carbon markets and carbon offsets are one tool in the toolbox for accomplishing this, but questions about how to implement change and bring it to scale remain. Projects like Scolel’te have been working on these issues for decades but also haven’t found the magic bullet.