Although New Zealand’s Emissions Trading Scheme was the first in the world to accept forestry offsets, many local forestry projects are ineligible for the program, forcing them to turn to the voluntary carbon markets where demand for offsets is limited. Consultancy Carbon Partnership explains the challenges facing Kiwi forest carbon projects within the context of its Rarakau project. 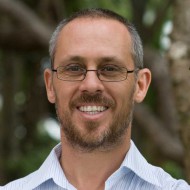 June 9  2014 | Consultancy Carbon Partnership has finished designing and developing a new methodology for New Zealand forests – specifically, for its Rarakau project. While this first project covers only 1,000 hectares, it is part of a larger program that applies to indigenous forests nationally. Since these forests existed before 1990, they didn’t qualify for New Zealand’s compliance markets. Instead, Director Sean Weaver created his own methodology for the voluntary carbon markets.

However, the voluntary market presents its own challenges: buyers usually prefer the Verified Carbon Standard (VCS) for forestry projects. While elements of the methodology were created with VCS, the overall project has been verified under the lesser-known ISO14064-2 carbon standard – principally because Carbon Partnership and its funders could not afford the transaction costs of the VCS path. But both standards present complications and New Zealand project developers face other larger risks in developing current projects, Weaver explained.

Despite these hurdles, he hopes that the project’s strong biodiversity and conservation co-benefits will interest buyers – and he’s not afraid to look outside of the voluntary carbon markets to find them. Ecosystem Marketplace’s just released State of the Voluntary Carbon Markets 2014 executive summary highlights the growing trend (in New Zealand and elsewhere) of companies preferring and paying above-average prices for projects with strong co-benefits.

Kelley Hamrick: What stage are you at right now?

We’re just at the stage of commercializing the project. That’s also including a plan to try and find buyers who aren’t interested in carbon but are more interested in saving rainforests; for which, the bigger story is: what kind of forests are you protecting? Because, of course, there are buyers, even in the voluntary carbon market, who are more interested in a corporate social responsibility (CSR) claim than they are in offsetting carbon. It’s those kinds of people we need to try and connect with, for this particular project and program in New Zealand.

To read the rest of this Q&A, please visit the  Forest Carbon Portal  for free.