Earlier this week, the US Executive Office issued final guidance instructing all federal agencies to fully consider global warming and its impacts when making decisions and implementing activities. The guidance’s clear mention of land-based mitigation measures leads some practitioners to see market opportunity. 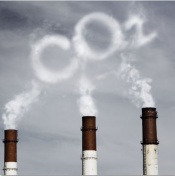 5 August 2016 | Every federal agency of the US government must soon begin quantifying the impact of its activities – both direct and indirect – on the climate under new guidance that the administration of President Barack Obama finalized this week after six years of consultations.  That means agencies that build roads must account not only for the emissions generated during construction, but for the emissions generated by cars and trucks that use it later. At the same time, agencies that work in land use must account not only for emissions generated, but for emissions reduced or sequestered – by, say, planting trees.

The guidance had been widely anticipated and could bring much-needed transparency to federal impact on the land-use sector, which in the US has been a net carbon sink but faces an uncertain future, according to a recent report Building Carbon in America’s Farms, Forests, and Grasslands: Foundations for a Policy Roadmap” by Ecosystem Marketplace’s publisher Forest Trends. The guidance is not, however, expected to have an immediate impact on carbon markets, because federal agencies are not yet permitted to reduce their emissions through carbon offsets.

What is the Guidance?

The Council on Environmental Quality (CEQ) formally released the guidance on August 2, calling it another big step in its climate change efforts. The CEQ published the final guidance in the Federal Resister on August 5.

“Information is the foundation of good management. The government should always be asking questions about the implications of carbon emissions and climate change,” says Lynn Scarlett, the Global Managing Director of Public Policy at The Nature Conservancy.

This guidance works in coordination with the National Environmental Policy Act (NEPA), a law established in 1970 that requires federal departments assess the potential impacts their activities, such as constructing a highway or managing public forestland, may have on the environment. Many of these actions can produce substantial greenhouse gas emissions, contributing to climate change. Or, alternatively, byproducts of a changing climate such as wildfires, rising seas and superstorms can affect federal initiatives. NEPA regulations often call for environmental review of projects and environmental impact statements for large projects that will have significant impact on nature.

With the new guidance, climate change will become part of NEPA’s environmental review in a more profound way. Debbie Reed, the Executive Director of the Coalition on Agricultural Greenhouse Gases says this is a positive change. Prior to this guidance, she says there weren’t any federal orders instructing agencies to account for their climate impacts that related to NEPA. The new guidance will not only direct all government agencies to consider climate change but quantify the impacts of their actions.

“Now federal agencies must fully and properly analyze the climate impacts of their proposed actions before deciding on how to proceed. They shouldn’t approve mines that will destroy the climate, or bridges that will get washed away,” Rhea Suh, President of the Natural Resources Defense Council said in a statement.

Scarlett sees a big opportunity in the guidance’s inclusion of bio-sequestration, the natural systems that store carbon. As the government is a major steward of land in the US, it has an opportunity to utilize the grasslands, forests and wetlands under its management to store carbon and build resiliency, she says. A NEPA review, for instance, that takes carbon storage into consideration might lead to developers relocating and redesigning a project in order to not disturb the carbon stocks.

“This guidance can affect the value of land that stores carbon,” Scarlett explains.

A revision to a 2009 Executive Order mandated federal agencies could offset energy and greenhouse gas emissions using renewable energy certificates (RECs) but it didn’t permit them to purchase carbon offsets. In 2015, the Obama administration issued another Executive Order that instructs the government to reduce emissions throughout its departments and supply chain. This new order essentially supersedes the 2009 order and its revisions. The 2015 guidance still allows for agencies to purchase RECs and, interestingly, it makes no mention of carbon offsets.

So the new policy does not specifically allow for carbon offsets to be utilized, it also does not exclude their use, Reed explains.

She believes the government’s stance on carbon offsets is likely to change and points to the accounting systems outlined in the new NEPA guidance combined with instructions to quantify greenhouse gas emissions as evidence.

“I think this new guidance is paving the way for federal agencies to be able to buy offsets as an opportunity to mitigate NEPA action,” she says.

Sheldon Zakreski, the Director of Carbon Compliance at The Climate Trust, doesn’t see the guidance as any kind of a huge game-changer for carbon markets. It’s more of a positive signal. Zakreski is pleased that the guidance recommends agencies consider climate mitigation measures when assessing projects. The inclusion of sustainable land management practices, forests, agricultural soils and greenhouse gas capture as carbon sequestration measures is particularly noteworthy to The Climate Trust. It relates directly to The Trust’s work designing and develops carbon offset projects in the forestry, biogas and grasslands spaces.

“We see this language as a positive signal toward forestry and agriculture offsets,” he says.

Scarlett agrees saying there isn’t a direct nexus between the guidance and market activity. That being said, the guidance’s consideration of nature based solutions to sequester carbon hints that carbon projects may play a part down the road, she says.

It’s also possible that the consideration of emissions could add another component to offset systems such as those compensating for biodiversity and wetland loss, Scarlett says. The carbon sequestration powers of habitat could factor in when offset developers are designating parcels to conserve.

The guidance document recommends that agencies quantify a proposed project’s direct and indirect emissions, which are the emissions that come as a direct result from the project and those the project spurs.

When government agencies aren’t able to quantify climate impacts because of data constraints or the necessary tools aren’t available, the Obama administration expects them to perform a qualitative assessment. And agencies are expected to determine the carbon sequestration capabilities of a project, when applicable.

This guidance provides federal agencies a common approach for assessing their proposed actions, while recognizing each agency’s unique circumstances and authorities, the guidance reads.

Scarlett agrees adding that agencies have been striving to incorporate climate analysis on both the emissions and impact side but their efforts have been inconsistent and uncoordinated. She says the guidance strikes the right balance between delivering precision and certainty while still giving agencies the necessary wiggle room.

In a statement, the White House said the guidance will deliver a new level of detail and transparency, which will allow decision makers and the public to more fully understand the impacts of federal actions on the climate.

A better understanding, the administration says, will help all parties explore alternative methods that could help the US either adapt to climate change and build resiliency or mitigate global warming. It will also help implement proper mitigation measures that truly compensate for federal emission-producing endeavors.

“Climate change is the central environmental challenge of our time,” Suh said in an earlier statement. “These guidelines can pave the way for smart policies that better protect our children, our health and our communities from dangerous carbon pollution and climate catastrophe.”

The road to this guidance began in 2010. In that year, the Obama administration initiated efforts to modernize federal agency implementation of NEPA, involve the public and improve transparency and the efficiency of environmental reviews. These efforts resulted in draft guidance the same year and then again in 2014. A task force comprised of state, local and tribal leaders pushed for the finalization of the 2014 revised draft guidance to ensure that government projects keep emissions and climate in mind.

31 thoughts on “Carbon Markets See Positive Signal In New US Climate Guidance, But No Game Change”