Climate negotiators have signed off on an incomplete rulebook for implementing the Paris Climate Agreement, with guidance for Article 6 pushed off until next year in Chile. That won’t prevent states from developing markets among themselves, but does leave a proposed centralized market operating under the United Nations Framework Convention on Climate Change in limbo. 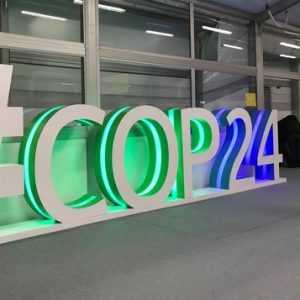 Technically, the lack of guidance will not halt the creation of international markets that countries are developing among themselves, and several participants said that so-called “carbon clubs“, which are clusters of countries developing regional platforms, will step up with guidance of their own, as is permitted under the Paris Agreement. Privately, however, market participants acknowledged that the lack of clear global guidance introduces an element of risk that could slow these regional efforts.

“The risk is high for us in moving forward without a rule book for the Paris Agreement,” said one source. “We’re building something that is unprecedented, and it’s hard to reach consensus among countries without a global reference.”

While the carbon clubs will move uncertainly forward without the rule book, the same cannot be said for the effort to build a single, global market operating under the United Nations Framework Convention on Climate Change (UNFCCC). That project, championed by Brazil, is essentially on ice until next year’s talks in Chile.

Although it doesn’t use the word “markets”, Article 6 of the Paris Agreement says countries can use internationally-transferred carbon offsets to promote activities that cut emissions deeper than they pledged in their climate action plans (NDCs, for “nationally-determined contributions”), and it lays out two paths for creating these offsets, or “ITMOs” (Internationally-Transferred Mitigation Outcomes).

The first path, articulated in Article 6.2, lets lets countries generate ITMOs and link markets internationally, using UN-sanctioned rules of carbon accounting. It has already led to a proliferation of cross-border carbon-trading initiatives around the world, and these will continue even without inclusion in the rule book, with countries free to develop their own guidance on issues that the rulebook doesn’t address.

The second path, explained in Article 6.4 and championed by Brazil, creates a centralized mechanism within the UNFCCC called the Sustainable Development Mechanism (SDM). This is the part that’s in limbo, and it’s there because Brazil also wanted to exempt developing countries from existing rules that prevent double-counting by requiring countries that sell offsets to then deduce the emission-reductions from their own carbon inventories.

Guidance for both paragraphs faced challenges during the Katowice talks.

On the eve of the talks, several current and former negotiators – most prominent among them being the respected former US negotiator Sue Biniaz – warned that some countries were violating the spirit of the Paris Agreement by loading the rule book for implementing it with overly prescriptive proposals favored by a handful of countries.

“Article 6.2 is deliberately worded to recognize that countries may use transferred mitigation outcomes toward NDCs — whether or not the CMA (Conference of Parties to the Paris Agreement) provides guidance,” says Nathaniel Keohane, the Vice President in charge of Global Climate for the Environmental Defense Fund (EDF). “That’s the crucial meaning of the phrase ‘consistent with guidance,’ which is widely understood to mean that if guidance exists it must be followed — but action does not depend on guidance.”

In the months leading up to Katowice, however, negotiators from several countries layered in proposals that critics said exceeded the existing guidelines. Biniaz went so far as to characterize the rule book as a rewrite of the Agreement itself — an assessment that seemed to resonate with observers here.

“The draft text that negotiators came to Katowice with included roughly 700 options, representing multiple examples of overreach, included by multiple countries,” said one observer, speaking on condition of anonymity. “They should not have been there in the first place, and resolving took valuable time from priority topics, which cannot be understated.”

Guidance for Article 6.4, meanwhile, faced a different challenge, as Brazil pushed for language that would allow developing countries to count their emission reductions twice in the early years, provided they promise to make it up later.

In the end, the task of developing guidance for Article 6 was relegated to a subsidiary body charged with resolving scientific and technical challenges, meaning no official guidance will emerge until next year’s talks in Chile.

“We should not let this slow us down — we don’t have time to waste,” said Dirk Forrister, President and CEO of the International Emissions Trading Association (IETA). “While we wait for the rules to firm up, committed countries and businesses should team up to start building cooperative markets — and the rule writers can catch up later.”

Here is the full text of Article 6, with brief summaries of each paragraph in simple English.

Countries can cooperate with each other to ramp up their climate change strategies (“allow for higher ambition in their mitigation and adaptation actions”) and promote sustainable development.

Countries can meet their emissions reductions targets (“nationally determined contributions”) by trading emissions reductions (“internationally transferred mitigation outcomes”) among each other, and they can create their own governance structures to manage the process, but they must make sure the trading promotes sustainable development, and they must follow accounting principles approved by the UNFCCC.

No countries are obligated to participate in the carbon markets.

The UNFCCC will also create a centralized trading platform that countries can use to trade emissions reductions. Some are calling this the “Sustainable Development Mechanism”.

If one country transfers an emissions reduction to another country, then it can no longer deduct those emissions from its own carbon inventory. In other words: no double-counting.

Some of the money raised from the central platform will go to maintaining the mechanism, and some will go to least-developed countries.

Countries can also cooperate without using markets, and non-market approaches can be integrated with market-based approaches. Non-market approaches have been promoted by countries such as Bolivia and Venezuela and might include policies to promote renewable energy, as an example.