Research shows we can get 37 percent of the way to meeting the Paris Climate Agreement’s 2-degree target by improving the way we manage forests, farms, and fields, and carbon markets offer a way of funneling money into these activities. Here’s where markets stand now, and how we move them forward quickly. 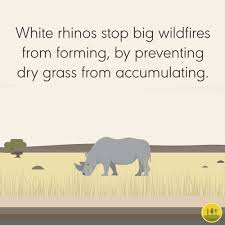 9 May 2019 | The Paris Climate Agreement came into effect in 2016, but 2020 is the year that countries are supposed to start ramping up their ambitions with newer, deeper targets. To do that, they need a clear and concise “Paris Rulebook” that lays out all of the terms and regulations for turning pledges into actions.

Published in December of last year and three years in the making, the highly anticipated rulebook is an addendum to the Paris Agreement, providing crucial instructions for implementation of national pledges. But negotiators at the United Nations were unable to agree on the specifics of ‘Article 6’ – the very section devoted, ironically, to the international cooperation between countries on carbon markets.

Worldwide, governments, businesses, and other observers have been actively preparing policies and investments to curb climate change – many of which rely on this Article 6 guidance, now delayed by at least a year. These policies and investments will reduce emissions from energy, transportation, and other key sectors of the economy. But they also consider ‘natural climate solutions’ (NCS), a series of ecosystem management approaches that move forests, wetlands, grasslands, and agricultural lands from being contributors to climate change to avoiding and even absorbing carbon emissions.

Science tells us that we must take advantage of natural climate solutions if we are to avoid the worst effects of climate change. Yet setbacks – such as an incomplete Paris Rulebook – have reasonably raised concerns amongst stakeholders, worried that without UN guidance on carbon markets, they cannot confidently scale up the policies and programs that support NCS.

Earlier this month, The Nature Conservancy released a new Business Guide that highlights why many are already taking bold action to make use of carbon markets in funding natural climate solutions, and how businesses can thoughtfully take similar steps today amidst a developing regulatory landscape.

Why Are Natural Climate Solutions So Important?

Climate change is perhaps the largest threat to the lands and waters on which all life depends. But these landscapes also have outsized potential to help curb climate change – as much as 37 percent of the emission reductions needed up to 2030. The 2018 IPCC Special Report on 1.5 Degrees put this in no uncertain terms: temperature increases have already significantly altered terrestrial ecosystems around the world. Transforming these ecosystems from a net source of emissions into a net sink of emissions will be required if we are to keep global temperatures from rising beyond 1.5°C.

In order for this shift to take place, both new regulations and incentive-based programs must gain traction. But where financial constraints hinder the efforts of local communities and landowners, carbon markets can create new possibilities for sustainable development. These platforms provide capital for decarbonization by linking those who can mobilize such projects with funders who seek near-term opportunities to reduce their carbon footprint. If taken to scale in the right way, such markets can help the world curb deforestation, promote sustainable development, and reach net-zero carbon emission targets faster.

Delayed UN Guidance is Slowing Action – Not Stopping It

While negotiators did not reach agreement on Article 6 by the end of the most recent climate talks in Poland, there was significant progress made on a number of technical issues. And as countries continue to sort out such differences in the negotiations room, we see an encouraging byproduct of these talks: negotiators increasingly have a better understanding of how carbon markets can help support their own country’s climate targets and how they can help other countries do the same.

Building on the pre-Paris successes of jurisdictions like the U.S. state of California and New Zealand in integrating domestic NCS credits into their carbon markets, countries ranging from Colombia to Chile to South Africa are bringing NCS into the mainstream of domestic carbon market design. As such domestic programs continue to gain traction, California is now looking beyond domestic sources by considering a proposed standard which would introduce international credits from tropical forest countries into their statewide cap-and-trade program.

At the same time, many stakeholders have moved forward together to lay the foundation for international cooperation. A group of 21 countries—including the United States, Germany and other large economies—agreed to collaborate for “the environmental integrity of market mechanisms,” and the European Commission has facilitated an ongoing dialogue among carbon market experts to promote best practices.

And it’s not just talk: the World Bank’s Forest Carbon Partnership Facility, for example, recently inked landmark forest carbon deals with the Governments of Democratic Republic of Congo and Mozambique, investing capital provided by the FCPF’ financial contributors. These agreements will reward community efforts to reduce deforestation and forest degradation in exchange for international carbon credits.

Still, there is no guarantee that Article 6 negotiations will be resolved at this year’s climate talks in Santiago, Chile, and such delay hurts the world’s ability to move quickly to utilize carbon markets to deploy finance. Until agreed, governments will have less certainty about how their traded carbon credits will be accounted for in the larger ‘Global Stocktake’ that reviews progress against country commitments under the Paris Agreement. They will in turn be slower to enact relevant policies to initiate cooperation and create the necessary domestic processes and guidance that economic actors need to take climate action.

In practice, the Paris Agreement’s “bottom-up” approach to tackling climate change will by nature mean that both public and private sectors will have to identify opportunities and responsibilities for climate action themselves. And this lack of clarity has been compounded by the lack of Article 6 guidance from government negotiators.

But even as UN negotiations hit a temporary impasse on carbon markets, TNC’s on-the-ground NCS work, and the work of governments, companies, and communities looking to avert dangerous climate change with such tools, will continue unabated.

Zubair Zakir runs Anthropocene.io, an independent climate change advisory and solutions development company. As a nominated member of the ICAO Global-Market-Based-Measures-Task Force (GMTF), he has contributed to the design of the global offsetting mechanism for international aviation (CORSIA). Prior to which, he ran the global sourcing team at Natural Capital Partners, where he made investments in natural climate solutions on behalf of some of the world’s largest voluntary corporate offset buyers.

Dylan Murray is a Policy Advisor to The Nature Conservancy, where he focuses on land use, climate, and finance. He can be reached at [email protected]