Environmental degradation poses a massive threat to our civilization, and conservation finance must go mainstream if it’s to mobilize the kinds of funds needed to address it. Credit Suisse and the McKinsey Center for Business and Environment say this mainstreaming can be achieved, and here’s how. 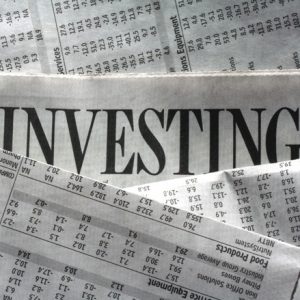 This story is cross-posted on the Conservation Finance Network. Click here to view the original.

22 February 2016 | On January 20, the day before Credit Suisse’s 2016 Conservation Finance Conference, Credit Suisse and McKinsey Center for Business and Environment published a new report aiming to catalyze the expansion of conservation finance. The field has grown substantially in the past two years, according to reports from Credit Suisse.

“From Niche to Mainstream: The Building of an Institutional Asset Class” offers an investor’s perspective on the state of conservation finance.  The report identifies concrete ideas with the potential to move conservation into the mainstream investment market in the near term.

Emergence as a Private-Sector Leader

Although Credit Suisse only recently emerged as a leader in conservation investing, it has an established track record of success in social-impact investing. A founding partner of responsAbility Investments AG, one of the world’s largest social-investment firms with $3 billion of assets under management, the bank has invested significant resources in social investments for many years.

According to Fabian Huwyler, VP of sustainability affairs at Credit Suisse and the lead author of the new report, the bank’s clients began looking for new impact-investing products as the social-investing market reached maturity. In 2012, the bank became interested in the potential of the private sector for conservation finance.

In January 2014, together with World Wildlife Fund and McKinsey & Company, Credit Suisse published its first conservation finance report. The publication, “Moving beyond Donor Funding toward an Investor-Driven Approach,” focused on quantifying and assessing the conservation finance field from an investor’s perspective.

This first report highlighted the potential of conservation finance, largely from for-profit investors, to address the enormous gap in funding for conservation around the world. It also pointed out challenges facing the field and provided some general ideas to bring it to scale.

Following this report, in December 2014, Credit Suisse released the Nature Conservation Notes, which provide a conservation investment opportunity in the Althelia Climate Fund. Huwyler said that to his knowledge, the notes are “the first conservation product issued by a big bank that offers a market-rate return.”

The 2016 report builds on the first by further developing many of these ideas. Its objective is “to identify financial product structures that have the potential to establish conservation finance in mainstream investment markets.” To this end, the authors analyzed the issues facing both sides of conservation finance: investors on one hand and project developers on the other.

Huwyler sees Credit Suisse as being “kind of in the middle between those two communities. We need to bridge the interests of both sides through the issuance of investment products that provide the funding to the project developers but also then provide the financial, social and environmental returns to the investors.”

The report goes on to describe new opportunities the field is facing. These include the current low-interest environment; growth of the global impact-investing market; and new collaborations allowing for the blending for private, public and philanthropic capital.

After describing the challenges facing conservation finance, the report describes “three paradigm shifts” that will allow for faster market expansion.

The first shift involves an incubation model relying on a business curation approach to rapidly test and develop promising ideas that have the potential to be scaled up.

The second shift is a standardized method to scale and replicate projects while mitigating risks. The report suggests that this can take the form of two approaches: replicating a successful homogenous project type or bundling multiple heterogeneous projects into a single product.

The third shift is the successful development of a mainstream conservation finance product. The report identifies two concrete ideas for such a product with near-term potential for implementation.

The first idea is a Mature Conservation Markets Fund. The new report said this would be a “closed-end $200 million USD fund with a maturity of 10 to 15 years and a return target of 10 to 15 percent that would invest in 10 to 20 projects in the most mature conservation markets such as sustainable forestry, sustainable agriculture, and ecotourism.”

The second idea is an Ecosystem Green Bond.  The new report said this would be “a sovereign-issues bond covering an ecosystem at a larger scale, deemed worthy of protection, and using the proceeds to finance any conservation-related activities in this ecosystem.”

Of these paradigm shifts, Credit Suisse places the greatest importance on the development of a mainstream product. According to Huwyler, for conservation finance to enter the mainstream market, “you need mainstream products – products that are on the front page of the Wall Street Journal because they are big enough… the billion-dollar transactions.”

Huwyler said he hopes that Credit Suisse will be able to use the report “to take away some of the fear that may be out there, explain where the market is, and also to explain that there are a number of risk-mitigation strategies that can massively reduce the risk that still some of the projects have.”

Credit Suisse also hopes to put what it has learned from the report into practice. It has been looking very closely at the two mainstream product ideas identified in the report.

A comparison of the 2014 and 2016 reports shows how far the field of conservation finance has come in the past two years.  It is clear that the field has grown significantly in both breadth and depth during this time.

Whereas the 2014 report made more general suggestions for moving the field forward, the 2016 report provides concrete ideas with the potential to move conservation into the mainstream investment market in the near term. These ideas have the potential to allow conservationists to access an entirely new scale of financing for projects. Only time will tell if they will be implemented successfully.

Chris Martin is a first year Master of Environmental Management candidate at the Yale School of Forestry and Environmental Studies.