A California appeals court has dissipated a cloud of uncertainty that has been hanging over the state’s cap-and-trade program, which has funneled millions of dollars from greenhouse-gas emitters to forests, farmers, and indigenous groups across the state and around the country. 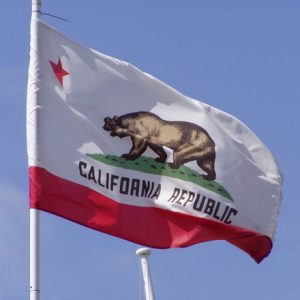 7 April 2017 | Carbon markets received a boost on Thursday as a California Court of Appeals upheld by a vote of 2-1 a lower court ruling that the sale of allowances for California’s cap-and-trade system at auction do not constitute a tax, as the California Chamber of Commerce had charged.

“The purchase of allowances is a voluntary decision driven by business judgements as to whether it is more beneficial to the company to make the purchase than to reduce emissions,” the court wrote in its opinion. The Chamber had earlier said it would appeal an adverse decision, but was unavailable for comment today.

The program puts a cap on greenhouse-gas emissions from large power providers and industrial facilities, as well as distributors of fuels for transportation. Companies that cannot meet their targets have the option of purchasing either allowances issued by the state or offsets generated by projects that reduce emissions elsewhere, often by planting trees or saving endangered forests.

Forest carbon offset sales in North America totaled $74.5 million in 2015, according to Ecosystem Marketplace’s most recent State of Forest Carbon Finance report, with $11.3 million of those sales through voluntary markets and $63.2 million through compliance markets, mostly driven by California’s cap and trade program.

California’s program launched in 2012, with the cap on large power and industrial facilities, and expanded to cover fuels in 2015. Today, it covers 85% of the state’s total emissions.In 2014, it linked with the Canadian province of Québec, and it’s expected to link to Ontario’s new cap-and-trade program in 2018. The program is seen as a counterweight to the Trump administration’s rollback of climate-change regulations, and the ruling increases the likelihood that it will be extended through 2030, as Governor Jerry Brown (D) has proposed.

“The court’s decision affirms the basic purpose and structure of the program—to deliver carbon reductions in a cost-effective and flexible manner,” said Mary D. Nichols, Chair of the California Air Resources Board (CARB), in a statement.

“The decision provides additional certainty for California to continue with this keystone program that puts a price on carbon and supports all other approaches California has underway to fight climate change,” she added.

“The court’s ruling will go a long to increase confidence in the market,” said Dirk Forrister, President and CEO of the International Emissions Trading Association (IETA). “This allows it to continue as it has been, without the specter of a rollback of auctions hanging over the program.”

The California Chamber of Commerce filed a lawsuit in 2014, claiming the cap-and-trade program represented an illegal tax. The court, however, disagreed.

“The hallmarks of a tax are: 1) that it is compulsory; and 2) that the payor…receives nothing of specific value for the tax itself,” the court explained. “Contrary to plaintiffs’ view, the purchase of allowances is a voluntary decision driven by business judgments as to whether it is more beneficial to the company to make the purchase than to reduce emissions. Reducing emissions reduces air pollution, and no entity has a vested right to pollute. Further, once purchased, either from the Board or the secondary market, the allowances are valuable, tradable commodities, conferring on the holder the privilege to pollute. Indeed, speculators have bought allowances seeking to profit from their sale, and as one party puts it, taxes do not attract volunteers.

The Chamber of Commerce was unavailable for comment, but the Pacific Legal Foundation, a co-plaintiff, criticized the ruling in a statement.

“Under the majority’s reasoning, California’s gasoline taxes are not really taxes, because the state does not compel you to buy gasoline and you get something of value for it paying the tax: a gallon of gas,” it said, while environmental groups were universally supportive of the ruling.

“The world is looking to California to lead on climate,” said Alex Jackson, legal director of the Natural Resources Defense Council’s (NRDC) California Climate Project. “Making polluters pay for their harmful emissions and investing the proceeds in clean energy is critical to winning that fight and protecting the most vulnerable Californians.”

CORRECTION: This story has been edited to clarify the differences between allowances and offsets.