New York Climate Week wraps up on Sunday, and we’ve been covering it mostly from afar this year. Here’s a quick look at some of the most promising land-use stories we’ve seen to-date. It’s by no means a complete list, so feel free to let us know if we’ve missed anything. 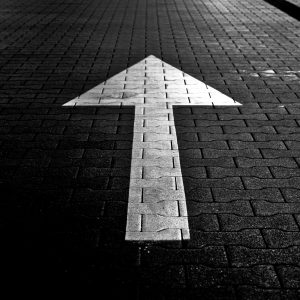 23 September 2017 | The energy sector generates about 70 percent of all man-caused greenhouse-gas emissions, but the other 30 percent – and maybe much, much more – comes from the way we manage our forests, farms, and fields. For that reason, we’ve been keeping an eye out for good news on the land front either coming out of or tangentially related to New York Climate Week this year, and here are a few stories that caught our eye.

Just before Climate Week launched on Monday, officials from the European Union, China and Canada met in Montreal to make sure they’re all on the same page when year-end climate talks begin in November. All three have taken promising steps towards either slowing deforestation at home or restoring degraded forests – although China has taken heat for “importing deforestation” by importing timber from high-deforestation areas.

Of the three, Europe continues to be the most proactive: Last week, the European Parliament voted to add forest sinks to the European Union’s 2030 carbon budget; then, on the first day of Climate Week, Christiana Figueres, the former head of the United Nations Framework Convention on Climate Change (UNFCCC), called on the European Union to develop an action plan on imported deforestation – a welcome development, because research by Ecosystem Marketplace publisher Forest Trends shows that Europe’s imports of food and timber drive deforestation cross the developing world.

Figueres held up multilateral organizations like The Consumer Goods Forum as a template for countries to follow – a suggestion also borne out by research. Specifically, the Forest Trends Supply-Change initiative looked at 35 multilateral efforts and found that most of the companies participating in such groups not only pledged to reduce their impact on forests, but were generally good about reporting results.

A Ten-Point Plan For Ending Deforestation

One potentially massive development is the Tropical Forest Alliance 2020’s identification of ten key activities they say can eliminate deforestation from supply chains related to cattle, soy, oil palm, and pulp & paper by 2020.

These are the big four commodities responsible for most of the world’s deforestation, and TFA 2020 is an incredibly diverse network of environmental NGOs, governments, and businesses devoted to ending that. They’ve spent the better part of a year speaking to more than 250 experts to create the “Commodities and Forests Agenda 2020”.

None of the activities are new or radical, and all are already working to one extent or another, but they’ve never been laid out together like this, and the consensus around them has never been so strong. We’ll be revisiting this subject in the weeks and months ahead, but here is the complete list:

Like the TFA initiative, an initiative called “Climate Optimism” also aims to galvanize existing efforts rather than offer something new and bold.

It’s a more mainstream-oriented and optimistic version of Bill McKibben’s 350.org, and may be the kind of thing that can bring the whole climate soultions thing beyond the echo chamber.