No country has reduced greenhouse-gas emissions more than Brazil has, and the country this week promised to reduce even further – by preventing a backslide in deforestation rates and by accelerating the use of renewable energy and green agriculture. Still unclear, however, is the role that market mechanisms will play in moving the process forward. 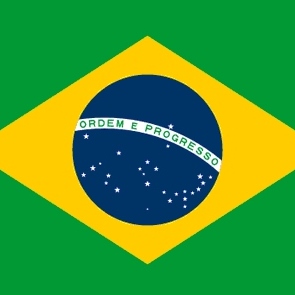 29 September 2015 | Brazil has already slashed its greenhouse-gas emissions more than the entire European Union has, mostly by clamping down on deforestation. This week, it unveiled its new climate plan, which promises the country’s emissions will be 37 percent lower in 2025 than they were in 2005, with a further decrease of 6 percent by 2030. To achieve that, it aims to preserve the progress it’s made on deforestation while ramping up its use of renewable energy and expanding its sustainable agriculture programs.

The role for market mechanisms, however, is unclear. Wording in the document leaves room for international emission-reduction “units”, but it explicitly prevents other countries from using those units to offset their own emissions. Adriano Santhiago de Oliveira, Director of the Environment Ministry’s Department of Climate Change, told Ecosystem Marketplace that’s because the ministry sees market mechanisms as a tool for Brazilian emitters to use domestically.

“The US state of California and the Brazilian state of Acre can do what they want, but we will not recognize the use of these units in the federal carbon accounting of other Parties to the UNFCCC,” he said. “That means if the US federal government wants to count results coming from these kinds of projects, we are not going to recognize this.”

Under the United Nations Framework Convention on Climate Change (UNFCCC), however, results generated by individual states within a federal system will be folded into one national carbon account under the federal government. If the federal government doesn’t recognize the emission-reductions, then the state’s recognition is irrelevant.

Most sources agree that the measures should not impact voluntary carbon markets, provided there is a way to prevent double-counting.

“It does not affect the voluntary markets,” said Pedro Gandolfo Soares, coordinator of the Carbon Neutral Program for the Brazilian NGO Idesam. “But Brazil´s Federal Government will not consider – as they have never considered – the credits generated under the voluntary markets for the UNFCCC processes or negotiations.”

Project developers, however, say that what’s technically feasible isn’t always marketable, and that the mixed messaging could give international investors pause, even in the voluntary sphere.

“On one hand  it is a bad signal for voluntary projects,” said one, speaking on condition of anonymity. “I would doubt that a private, serious investor would invest into a REDD+ project knowing that the government doesn’t approve the transfer of units.”

On the land-use front, Brazil reiterated its promise to end illegal deforestation and restore 12 million hectares of forest by 2030 – mostly by continuing to implement its Forest Code, which was overhauled two years ago  and amended last year to create incentives for the country’s six million private landowners to join the Rural Environmental Registry System (Cadastro Ambiental Rural / “CAR”), which is linked to a satellite monitoring system that tracks land use.

“Brazil’s climate plan marks the first time a major developing country has committed to an absolute reduction of emissions,” said Rachel Biderman, director of the World Resources Institute’s Brazil office. “This is an important shift because it offers greater certainty that emissions can be cut even as Brazil’s economy expands.”

Paulo Moutinho, a senior climate researcher at the Amazon Environmental Research Institute (IPAM), also praised the government’s willingness to establish an absolute target, as opposed to a reduction against a hypothetical future, as other developing countries have done, but said he was disappointed in the forestry component.

“Taking 2012’s emissions as a reference, the reduction target for 2025 is around zero percent,” he said.

Market Mechanisms and Forests: The Nitty-Gritty

The document contained just three paragraphs on the use of markets, and they clearly leave the door open to international offsets – but just a crack:

Brazil reserves its position in relation to the possible use of any market mechanisms that may be established under the Paris agreement.

Brazil emphasizes that any transfer of units resulting from mitigation outcomes achieved in the Brazilian territory will be subject to prior and formal consent by the Federal Government.

Brazil will not recognize the use by other Parties of any units resulting from mitigation outcomes achieved in the Brazilian territory that have been acquired through any mechanism, instrument or arrangement established outside the Convention, its Kyoto Protocol or its Paris agreement.

“Basically, we want to recognize units coming from mechanisms agreed under the UNFCCC and the Kyoto Protocol, as well as whatever comes from the Paris agreements,” he said. “In the second sentence, we are trying to reserve some position regarding units coming from sub-national or other mechanisms, but only with prior informed consent by the federal government.”

The third paragraph, however, is the one that says other countries can’t use offsets to reduce their national carbon footprints under the UNFCCC. Sources in the governments of both California and Acre said they believed there was still room to generate offsets that bring more private-sector finance to the forests of Brazil through California’s compliance regime, and that the wording does not impact the viability of voluntary markets. None, however, had yet reviewed the INDC in full, and declined to speak on the record.