For practitioners working in the biodiversity conservation space, the global biodiversity talks getting underway in Mexico will be one of implementation and for figuring out the tools and methods to save the world’s flora and fauna rather than for eye-catching political decisions and commitments. Participants agree that one method to save biodiversity, mainstreaming conservation, will dominate the talks. 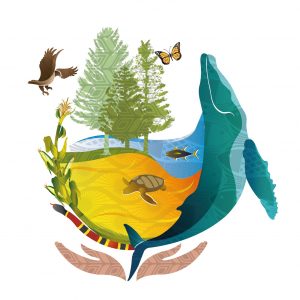 5 December 2016 | The United Nations Biodiversity Conference, which is taking place this week and next in 80 degree weather in Cancún, Mexico, may lack the thrill and drama of prior meetings that made high-level policy decisions. However, participants say it’s critical to ensuring that the objectives laid out in those exciting decisions are actually funded and implemented, and that’s what they’re setting out to do in Cancún. The 13th Conference of the Parties (COP13) to the UN Convention on Biological Diversity (CBD) runs from December 2 until the 17th.

“COP13 is a what actions do we need to take, how do we get things done and how do we get people motivated type of COP,” says Rowan Braybrook, the Senior Manager for Sustainable Development Policy at Conservation International.

Indeed, determining how countries are going to achieve targets outlined under the Strategic Plan for Biodiversity, which includes the Aichi Biodiversity Targets, is growing more urgent as new research reveals troubling trends for global biodiversity. According to WWF’s Living Planet report, global populations of fish, birds, mammals, amphibians and reptiles declined by 58% between 1970 and 2012. This year’s World Economic Forum’s Global Risks report ranked biodiversity loss and ecosystem collapse among the top 10 risks to potentially impact business. And the CBD’s most recent Global Biodiversity Outlook study says countries won’t meet the 20 Aichi Targets by 2020, the established deadline, without a significant scale-up of resources and effort.

“Governments have made ambitious commitments to achieve the Aichi Biodiversity Targets, but these declarations need to be matched with actions at the national level,” Chief of UN Environment Erik Solheim said in a statement. “If countries do not ensure that national targets are set and achieved, their ambition will only remain on paper.”

National and global efforts to move ambition off of paper and into action essentially revolve around one word: mainstreaming.

Biodiversity mainstreaming, the process the CBD defines as integrating conservation and the sustainable use of biodiversity into sectors and cross-sectoral plans, programs and policies, is not a concept unique to COP13. The biodiversity realm pushed hard for mainstreaming in 2014 at COP12 in the Republic of Korea and then for inclusion in both the Sustainable Development Goals and the Paris Climate Agreement in 2015. On December 3, before this year’s talks were officially underway and during the High-Level Segment, delegates adopted the Cancún Declaration on Mainstreaming the Conservation and Sustainable Use of Biodiversity for Well-Being.

“Last year, we saw the adoption of both the SDGs and the Paris Agreement, which is great because it indicates political momentum and political will to do more in the environmental policy arena. But it also makes it necessary to ensure that biodiversity concerns and ecosystem concerns are integrated into those agendas,” Braybrook says.

It’s a thought echoed by other NGOs as WWF lists integrating biodiversity conservation “into all sectors and ministerial portfolios in a meaningful way,” as one of five recommendations to parties at COP13. Number two centers on better linkages among international efforts on biodiversity, climate change and sustainable development.

“The continued loss of biodiversity and degradation of ecosystem services will undermine our ability to achieve many of the SDGs, in particular those on poverty alleviation, human health as well as food and water security,” Sir Robert Watson, Chair of the Intergovernmental Science-Policy Platform on Biodiversity and Ecosystem Services, said in a statement.

The Business of Biodiversity

The Mexican government, as hosts of this year’s conference, is shining a spotlight on the agriculture, forestry, fisheries and tourism sectors to determine how mainstreaming biodiversity would work.

“If we are going to save biodiversity, we need to work with these sectors that depend on biodiversity and whose activities have a considerable impact on the variety of life on our planet. Agriculture, forestry, fisheries and tourism are important sectors whose activities need to take biodiversity conservation and sustainable use into account in a coherent manner,” said Dr. Braulio Ferreira de Souza Dias, CBD Executive Secretary.

Mexico reached out to companies seeking their involvement in the conference and input in developing proper frameworks for integrating biodiversity into business planning.

“Now, more than ever, conservation of nature is a core business imperative. Customers expect it, investors encourage it, employees benefit from it, and business supply-chains depend on it. Sustainability of business operations is no longer simply a matter for an organization’s corporate social responsibility team – it is central to business success,” Conservation International’s CEO Peter Seligmann said, speaking at the Business and Biodiversity Forum, which ran during the conference’s early sessions before its official start on Sunday.

As the private sector’s engagement in biodiversity conservation connects to mainstreaming, Braybrook expects the conversation on finance to link to it as well. “Making sure funding for biodiversity exists and making sure it’s integrated across multiple sectors is very important,” she says.

Conference participants are anticipating a new report on resource mobilization which will identify funding gaps. The CBD estimates the funding gap for biodiversity conservation varies between USD 150 billion to $440 billion per year. And at least one side event will be exploring utilizing innovative financial mechanisms such as payments for ecosystem services and environmental trust funds to bridge this gap. Hosted by GIZ, the International Union for Conservation of Nature and Institute for Sustainable Development and International Relations, the event will showcase these mechanisms in action and share lessons learned, and also focus on how such instruments can complement both public and private investment in biodiversity.

Countries are making some progress on global targets as the CBD reports the number of areas designated as protected is increasing. However, nations are struggling to align their national targets with the more ambitious global goals, and Braybrook says maintaining political will and momentum for this will be a major challenge.

“Maintaining that momentum that we’ve seen over the past year is key,” Braybrook says. Ultimately, sustaining that energy comes back to the topline message of mainstreaming.