The United States and China made headlines last week when they said they’d limit their greenhouse gas emissions and strengthen cooperation on issues related to climate change and clean energy. Included in the deal is an agreement to use carbon-capture technology to push greenhouse gasses into the ground while generating clean water. 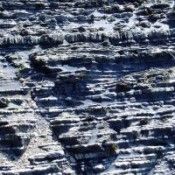 This post first appeared on The AnthropoZine. You can view the original here.

17 November 2014 | Last week, the United States and China, the world’s leading polluters, announced plans to limit their greenhouse gas emissions and strengthen cooperation on issues related to climate change and clean energy. While the announcement centered on the nations pledges on carbon dioxide (CO2) emissions targets (a reduction of 26-28% of 2005 levels by 2025 for the United States, and a goal for China’s emissions to reverse their upward course by 2030), a White House fact sheet offered a more detailed glimpse at additional actions.

The document announces a renewed commitment to the U.S.-China Clean Energy Research Center, established by a 2009 agreement between President Obama and China’s then-president Hu Jintao. It also includes a cooperative effort to phase out hydrofluorocarbons, a “Climate-Smart/Low-Carbon city-planning initiative, and an effort to encourage trade in “green goods.

Perhaps most interesting, deep in the fact sheet’s second page, is the document’s description of “a major carbon capture and storage project in China that supports a long term, detailed assessment of full-scale sequestration in a suitable, secure underground geologic reservoir. As it goes on, the plan announces a “new frontier in CO2 management, with “a carbon capture, use, and sequestration (CCUS) project that will capture and store CO2 while producing fresh water, thus demonstrating power generation as a net producer of water instead of a water consumer. According to the fact sheet: “This CCUS project with Enhanced Water Recovery will eventually inject about 1 million tons of CO2 and create approximately 1.4 million cubic meters of freshwater per year.

The description is loaded with promise yet bogged down with technical language. So how will it all work?

Carbon capture and storage projects aim to collect CO2 from industrial emissions and store it someplace generally underground or underwater where it won’t be released into the atmosphere. Some such projects aim not only to keep CO2 from entering the atmosphere, but also to produce something useful or marketable in the process. In the example discussed here last month, a Canadian energy company designed a facility to collect unwanted CO2, which was then sold to be injected beneath an oil field to free up oil that had been stuck in rock formations. The U.S.-China plan suggests a similar approach, but with the byproduct of extra oil swapped out in favor of fresh water something China badly needs.

Those seeking a comprehensive explanation of the process should seek out scientific writings, but here we can provide some basics. Once CO2 is captured from emissions, it can be compressed and transported to a geologic formation where it will be securely, and permanently, stored. Depending on conditions at the storage site, the injection of CO2 into these spaces can effectively push water from the ground, allowing it to be collected for industrial use or distribution to areas in need. In some cases, water extracted in the process can be clean enough to drink.

The project certainly has its share of unanswered questions, technical challenges, and areas for concern. And there is also the question of whether this non-binding agreement will receive continued long-term commitment from each country. But with proper safeguards and execution, the carbon-capture water project could represent a novel approach to an urgent problem, and potentially a meaningful blueprint for cooperative climate actions to come.

Mike Noren is a Chicago-based writer and editor with more than 15 years of experience across a wide variety of educational and reference publications. He can be reached at [email protected]