Farmers have always been leery of climate commitments, in part because they feared they’d end up subjected to unrealistic burdens. Under the Paris Agreement, however, a consensus on climate-safe agriculture emerged, setting off a cycle of talks that resulted in negotiators agreeing to a more streamlined process moving forward – one that could unleash billions of dollars going forward. 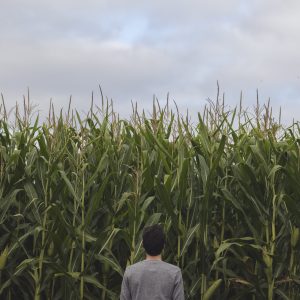 This story first appeared on the EDF blog. For a deeper history of the agriculture stream in UN climate talks, check out episode 26 of the Bionic Planet podcast, where Tonya Rawe CARE International traces the progress of talks from 2011 to the present. Bionic Planet co-produced by Ecosystem Marketplace publisher Forest Trends and can be accessed on iTunes, TuneIn, Stitcher, or directly on this device here:

16 November 2017 | In what could be the iconic decision of COP 23, negotiators in Bonn agreed to new future negotiation processes to “jointly address” a number of new agriculture topics, overcoming longstanding hurdles that had blocked progress on the topic in recent years.

Why is This Important?

Emissions from agriculture are expected to continue growing as the world’s population continues to expand and consume more meat.

However, a recent journal article by Griscom et al. published in the Proceedings of the National Academy of Science found activities under the agriculture and grasslands rubric, such as management of fertilizer use, could achieve roughly 6% of needed emission reductions to stay below a 2 degree temperature change. To realize that potential though, farmers need new tools and incentives.

Additionally, farmers are expecting to find their jobs of growing our food harder as climate change makes weather patterns more unpredictable, and makes climatic events such as droughts and flooding more frequent and intense. Farmers will also need new methods and technologies to make their farms more resilient and adapt to the new conditions.

Agriculture has been discussed for years, but progress had been stymied by disagreement related to potential trade implications on key commodity exports, whether to prioritize adaptation or mitigation in the agenda, and UNFCCC process-oriented concerns on what could and couldn’t be negotiated based on the last agriculture decision.

What’s in the Decision?

Using both the SBI and SBSTA to review a topic “jointly” is not a frequent negotiation strategy pursued by negotiators. That’s because the complexity of the negotiation rises exponentially when a topic is jointly negotiated rather than negotiated in a single process. But this process was used for the set of policy approaches for Reducing Emissions from Deforestation and Degradation (REDD+), which ended up being the only sector with its own article in the Paris Agreement.

Regarding topics in agriculture that the processes might first consider, they include:

Importantly, the negotiators also left other agenda items to be added as needed, which let countries see flexibility in the future to add a topic of more relevance to them.

What is the Timeline for the Process?

The decision asks for reports back in three years at COP 26 in 2020. If the process is successful, countries should then have more knowledge and methodologies at their disposal to take action in their respective agriculture sectors in the post-2020 climate regime. At the moment, there is no clear guidance for them on how they might take such action, nor are there incentives for them to do so.

With this momentous decision on agriculture at COP 23, we now have a great opportunity for making our food supply and farmers’ livelihoods more resilient while also contributing to mitigating climate change.