Many climate impacts are felt through water which is why several thought leaders from the water space gathered on Wednesday at the ongoing UN climate talks in Paris to discuss just where water fits into a global climate agreement. 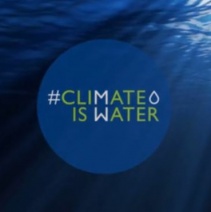 3 December 2015 | PARIS | As California and Sao Paulo wrestle with drought conditions, parts of India are inundated by rain. In North Carolina, flooding wreaked havoc on the state’s infrastructure just a few short months ago. Meanwhile, the Middle East is in a perpetual state of water scarcity and low-lying lands like Bangladesh live in constant concern of rising seas.

According to the French Water Partnership (FWP), an association of water stakeholders focused on international water management, roughly 90% of weather disasters are related to water. And climate change will only make it worse.

This makes water relevant to the UN climate change talks running here in Paris through December 11. The conference, officially called the 21st Conference of the Parties (COP 21) to the United Nations Framework Convention on Climate Change (UNFCCC), seeks to secure a global and legally binding agreement to reduce greenhouse gas emissions in order to keep temperatures from rising more than 2 degrees Celsius. The water sector directly contributes just 2-5% of global carbon emissions, according to the International Water Association (IWA), but it also supports agriculture and energy, which generate massive amounts of emissions, while also supporting forests, which sequester carbon. And, as mentioned, water is the climate change impact that hits most people the hardest.

So water is important and a major factor when deciphering an international agreement that lays the groundwork for mitigating and adapting to a changing climate. But despite its significance, water is largely excluded from the agreement text that country negotiators are hammering out in these two weeks.

Ger Bergkamp of IWA says that ignoring water is a mistake of historic proportions, a lost opportunity for effective mitigation and adaptation that will haunt us for decades.

“When we think about the fact that the world’s population is projected to be above 8 billion by 2030, the economic pressures on water resources are multiplied by the many people looking to increase their livelihood, grow their food and live in a more water secure world,” she said during a COP 21 side event hosted by the Alliance for Global Water Adaptation (AGWA), a consortium of development banks, governments and NGOs. The event showcased the significance of water as part of any climate agenda, and was used to promote a new initiative called Climate is Water.

As the text isn’t finalized, several attendees endorsed efforts to insert explicit language concerning water into the negotiating text that will be finalized at the end of next week.

Heads of states and negotiators aren’t completely ignoring water – at least on the adaptation front. On December 2, a wide-ranging coalition of NGOs, governments, businesses and basin-level organizations launched the Paris Pact on Water and Climate Change Adaptation. The pact holds potential to send $1 billion flowing to water adaptation projects in North Africa and the Middle East, Central America, India and China. Its focus is to make water more resilient to climate change impacts.

Indeed, water-related climate resiliency is a key concern, particularly for developing countries most vulnerable to natural hazards. Many of these countries have included the need in their national climate action plan. Heloise Chicou, the Deputy Director and Climate Program Manager at FWP noted a FWP survey found that of the nearly 160 contributions submitted, 80% focus on adaptation. Of those, 90% take water into account, many of which are from developing places.

“There is a lot of support for water within the national action plans,” Chicou said.  However, she stressed in order for these countries to implement their resiliency-building plans, more cooperation between the water community and national governments is needed.

Chicou also noted that without proper finance, water adaptation ceases to exist in any meaningful form. The current estimate for water infrastructure is $10 trillion over the next 20 years. Participants agreed water should be included within the central climate financing mechanism, the Green Climate Fund (GCF).

But while countries have pledged millions toward the $USD 100 billion a year objective, it is still somewhat unclear just how the instrument will raise money, and Torgny Holmgren of the Stockholm International Water Institute highlighted potential alternative sources to raising money. Sustainable investing is on the rise and tapping into private finance through the climate and green bond market, which recently exploded in 2014, is one such source, Holmgren said. There’s even talk of a green bond standard which maps the different sustainable water projects that qualify in the green bond market.

“We have to look at the climate risk and vulnerability outside project boundaries,” she said. This means not only crossing sectors but engaging with local stakeholders to truly develop effective water management. This year, the bank linked their climate-related portfolios, forming its climate strategy, of which water is a key part, Saich said. EIB’s target for climate action is 25% of total lending or $20 billion per year, roughly.

While mobilizing political will and finding financial solutions are two significant aspects of water adaptation, determining the best approaches and techniques that will result in sustainably managed water systems is, perhaps, the most important element of water adaptation implementation.

Corrine Trommsdorr, a Program Manager at IWA, used Rotterdam, a city in the Netherlands as an example of a greener approach to manage water resources. A densely populated harbor city in a low-lying country, Rotterdam is building resilience using techniques like underground rainwater storage to adapt to more intense rain, Trommsdoor explained. This approach pulls double duty delivering mitigation and adaptation benefits. The stored water is re-used and it prevents stormwater overflows, thus reducing energy emissions.

Many water professionals agree that the best way forward is with green and nature-based solutions. James Dalton, the Coordinator of Global Initiatives in IUCN’s Global Water Programme is focused on these types of solutions.

“Ecosystems themselves, through nature-based solutions, have many of the answers we need as we continue to add further stress on our ecosystems and climate has an increasing impact,” he said.

Recent evidence shows an increasingly receptive world to holistic nature-based solutions that recognize nature as parts of water infrastructure. Wetlands absorb pollutants preventing them from entering waterways, for example, and mangrove trees and coral reefs act as storm barriers against ferocious weather. According to research from 2014, companies and governments invested $12.3 billion into these natural solutions.

And these solutions aren’t new.”Nature-based solutions are already in play,” Dalton explained. The focus has since transitioned to issues like scale and investments.

Participants agreed that seeking answers to questions such as these, which can ultimately lead to a future of sustainable water management, are not only for the water sector to determine, but one that is important to the climate talks as well.

One thought on “Climate-Change Means Floods, Droughts, And Downpours. Should Water Be More Prominent In Climate Accord?”