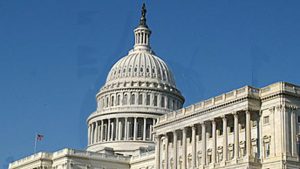 This story originally appeared on the Energy & Environmental Law Blog

In issuing the memorandum, BLM cited to 2017 Executive and Secretary Orders regarding energy independence that rescinded a Presidential Order and guidance issued in 2016. In addition, the memorandum points to a 1995 joint BLM/State of Wyoming policy memo raising concerns that requiring compensatory mitigation could amount to an unauthorized tax or an equally unauthorized attempt to augment BLM’s exiting appropriations.

Note that this memorandum addresses only BLM procedures, although it is certainly possible that the Department of Agriculture could impose similar strictures on compensatory mitigation for projects on Forest Service lands.

The memorandum itself states simply that it “may” result in some decreased costs to oil and gas and geothermal lessees. And that it is “unlikely” to have any material adverse impact on energy supply, distribution or use. Both statements seem accurate.

The appropriate amount and nature of mitigation is not a bright line question, and hurdles can often be overcome through changes in terminology, or tweaks in design. The project proponent wants its project to go forward, and will take whatever steps it deems appropriate to obtain the permit. Neither it, nor BLM, is likely to allow ideological purity to prevent development of the resources. Both are likely to realize that in many situations, providing compensatory mitigation may be less expensive and time-consuming than developing additional mitigation on-site to address some impacts, or battling a challenge to the permit in court over whether those impacts represent unnecessary or undue degradation.

The point about ideological purity is not made lightly. Although the memorandum includes multiple reporting and approval requirements that would appear intended to assure the casual reader that the intent of the memorandum will not be evaded, the memorandum also provides a roadmap for proponents who want to wade through that thicket. Notably:

If a proponent determines that it has to sweeten a project in order to move it through the regulatory process, it should be able to accomplish that handily with the assistance of competent counsel by following the paths laid out in the memo itself.

Which leads one to ask what was the purpose of this memorandum? It won’t streamline the process, and is unlikely to even cure the disease it seems to want to attack. Was it just to check another box on the administration’s regulatory reform schedule?

Gerald George is an environmental attorney and litigator with Davis Wright Tremaine LLP. He can be reached at [email protected].