ACR prohibits the tokenization of its carbon offset credits unless explicitly authorized, as a first step in the development of a set of guardrails to protect market integrity in the face of unregulated cryptocurrencies. 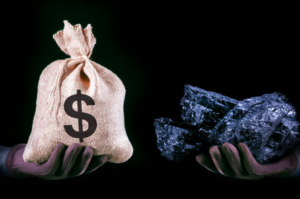 August 11, 2022.   This  article was originally published on americancarbonregistry.org

LITTLE ROCK, Ark., May 30, 2022 – The American Carbon Registry (ACR), a nonprofit enterprise of Winrock International, has announced updated program rules, effective immediately, that prohibit the tokenization of ACR carbon offset credits unless explicitly authorized by ACR. The updated rules, detailed in the legal Terms of Use agreement with ACR account holders, are designed to protect carbon asset integrity, including by ensuring that ACR-issued credits are not double sold or used by more than one entity to make environmental claims.

Concerns about blockchain’s role in the carbon markets has been amplified in the recent months amid the swift emergence of a crypto carbon market, in which millions of carbon credits have been retired, tokenized and converted to cryptocurrencies.

“Over the course of the last year, we have been in discussions with a number of companies interested in utilizing a range of technologies to streamline the credit creation process as well as to create digital carbon assets such as tokens and carbon-backed cryptocurrencies. While interested in the opportunities that these and other digital technologies offer to create efficiencies in carbon measurement, monitoring, reporting and verification, and to democratize access to markets, we are committed to a rigorous assessment process to ensure that they don’t undermine the foundations of carbon market integrity,” said Mary Grady, the Executive Director of ACR.

“As things stand at the moment, we believe the new link between carbon markets and unregulated cryptocurrencies presents a reputational vulnerability that could jeopardize confidence in carbon markets at precisely the time we need scale and transparency for markets to help achieve Paris Agreement climate targets,” Grady added.

ACR’s newly announced rules are the first step in the development of a set of program guardrails to protect market integrity. Alongside its own efforts to understand the risks and opportunities, as well as what rules would need to be in place for the creation of digital carbon assets, ACR has participated in the International Emissions Trading Association (IETA) Council Task Group on Integrity in Digital Climate Markets, launched earlier this year, which seeks to ensure sound foundations for the integration of carbon markets with digital technologies. The task group has already issued a set of principles to ensure integrity in digital carbon market offerings.

Over the coming months, ACR will build on the IETA principles and collaborate with carbon market participants with the aim of establishing a common implementation roadmap to safeguard the structural, legal and environmental underpinnings of carbon markets, while optimizing climate impact and access to finance. This will include program rules to authorize the tokenization of credits; developing the required registry infrastructure to ensure transparency and avoid double selling and double claims; and the implementation of appropriate legal and regulatory considerations along the carbon value chain.