WRI’s new report found that countries are making incremental progress on strengthening their Nationally Determined Contributions, however, urgent transformational change is still needed to achieve the goals of the Paris Agreement. 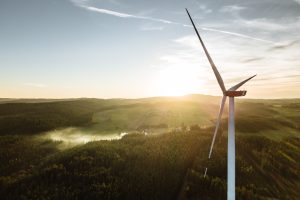 Please note this article was originally published by the World Resources Institute: https://www.wri.org/insights/assessing-progress-ndcs

As countries prepare to gather at COP27 in Sharm el-Sheik, Egypt to advance the Paris Agreement on climate change, attention turns once again to its building blocks: countries’ 2030 climate commitments, known as nationally determined contributions (NDCs).

While the Paris Agreement established three global goals — limit global temperature rise to well below 2 degrees C (3.6 degrees F) and ideally 1.5 degrees C (2.7 degrees F), promote adaptation and resilience, and align financial flows with low-emissions, climate-resilient development — NDCs are the foundation. In its NDC, each of the Paris Agreement’s 194 Parties must lay out its aims to reduce emissions. Many also include plans for adapting to climate impacts and the financial requirements needed for implementation.

Countries must strengthen their NDCs on a regular, five-year cycle. Most submitted their initial commitments in 2015 and updated them by 2021. A new, stronger round of NDCs is due in 2025.

WRI’s Climate Watch platform tracks more than 200 indicators on all NDCs. The new State of NDCs report analyzed this data to draw out key trends and evaluate where the NDCs now stand. The key takeaway? Countries are making incremental progress on strengthening their NDCs, but what we really need to achieve the goals of the Paris Agreement is urgent transformational change.

Here’s what we know and what countries should keep in mind as they formulate new NDCs by 2025:

1) Despite some progress, countries must reduce emissions at least 6 times as much as current pledges.

The Intergovernmental Panel on Climate Change (IPCC) finds that global emissions must fall by at least 43% from 2019 levels by 2030 to align with the 1.5-degree C goal. By contrast, the current NDCs will only reduce global emissions by about 7% from 2019 levels. While this represents a 5.5 GtCO2e reduction compared to the initial NDCs — nearly equivalent to eliminating the annual emissions of the United States—countries will need to reduce emissions by 6 times as much to align with 1.5-degree C pathways.

While more countries have now set GHG reduction targets than in the initial NDCs and countries have expanded their targets to cover more sectors and types of greenhouse gases, the emissions impact of these improvements has been modest.  More than 85% of the improvement has come from large countries ratcheting up the stringency of their targets as opposed to adding new targets or expanding targets to cover new sectors and gases. Finding ways to accelerate ambition is paramount to the success of the Paris Agreement.

2) Countries are strengthening adaptation plans, but progress must speed up and expand.

In the current round of NDCs, countries nearly doubled the number of priority adaptation actions compared to their initial NDCs. These actions show improved coverage of sectors and systems for adaptation, with a strong focus on food and nutrition security, water and nature-based solutions. Current adaptation plans also include a stronger emphasis on equity than previous NDCs, with greater consideration of gender concerns and inclusion of Indigenous Peoples.

Yet more work needs to be done to implement adaptation at the speed and scale the climate crisis demands. Few countries’ NDCs include timeframes or indicators for implementation of adaptation plans, and less than half of current NDCs include adaptation monitoring, evaluation and learning, elements critical for ensuring that planned interventions translate into on-the-ground action.

3) Current levels of climate finance are insufficient for implementing even a subset of NDCs.

While countries are not required to report their climate finance requirements in NDCs, 53% (89 countries representing 50% of the global population), all of which are developing countries, included an estimate for how much money they’ll need to implement their plans. These countries say they’ll need $4.3 trillion: $ 2.7 trillion for mitigation; $1.1 trillion for adaptation; and $475 billion unspecified.

Importantly, 51 countries’ stated needs amount to a total of $1.5 trillion to achieve their “conditional” NDC pledges, those contingent on receiving international finance to implement mitigation and adaptation plans. This figure dwarfs the promise by developed countries to provide $100 billion annually to developing countries by 2020 to support their climate actions — a target they’ve yet to meet. A new collective finance goal to go into effect after 2025 is currently under negotiation. Finance estimates from the 89 countries providing them underscore the need to mobilize significantly greater resources to implement NDCs.

4) Around 50% of developing countries include loss and damage in their NDCs.

Additionally, Small Island Developing States (SIDS) are increasingly including loss and damage costs and related topics in their NDCs, suggesting that the most climate-vulnerable countries are prioritizing this information. Additional support for countries to analyze trends in loss and damage — including use of climate scenarios — and approaches for addressing it such as comprehensive risk management could improve this information in future rounds of NDCs.

6) Most NDCs include measures addressing forests and land use, but quality varies.

The quality of these measures, however, varies widely. Only just over half of NDCs have quantifiable targets related to land use and forestry, and very few incorporate critical measures such as financial needs and the rights of Indigenous Peoples and local communities.

A holistic approach to reducing emissions from transport includes avoiding unnecessary vehicle travel, shifting to efficient travel modes, and improving vehicle and fuel efficiency. The current NDCs have embraced vehicle improvements by promoting electric transport. Such measures more than doubled from the initial to the current NDCs.

The enthusiasm for electric mobility, however, was not matched by growth in other critical transport-related measures. Less than half of NDCs contain public transport measures. And active transport and low-carbon freight, shipping and aviation appear in only a handful of NDCs.

The next round of NDCs should ensure balanced attention to measures that avoid unnecessary travel, shift to sustainable travel modes, and improve vehicles, taking into account both passenger and freight sources.

(Learn more about transport in NDCs in WRI’s research paper, Sustainable Urban Mobility in the NDCs: The Essential Role of Public Transport.)

8) Only 15 of the 119 Global Methane Pledge signatories include a specific, quantified methane-reduction target in their NDCs.

Countries committed to the Global Methane Pledge, launched at COP26 in Glasgow in 2021, agreed to collectively reduce global methane emissions by 30% from 2020 levels by 2030. While around 80% of signatories include methane under the umbrella of their economy-wide GHG reduction targets, far fewer (only 15) include quantified methane-specific targets in their NDCs. This makes it challenging to determine how the collective Global Methane Pledge target will be met.

The next round of NDCs offers an opportunity for Global Methane Pledge signatories to spell out how they will contribute to the collective 30% reduction in methane emissions by 2030.

9) NDCs increasingly recognize the importance of a just transition.

As support for just transitions rise up the agenda for the UNFCCC, so too has its recognition in countries’ NDCs. The idea of a “just transition” is to reduce the negative impacts on workers, communities and value chains of transitioning to a zero-carbon economy while also ensuring that the benefits are fairly distributed.  Explicit attention to the idea in the initial NDCs was almost non-existent, only appearing in South Africa’s plan. In the current NDCs, 32 mention a just transition, although at varying depth. Some briefly mention the concept — such as Mauritius and Iceland — while other parties —such as South Africa, Antigua and Barbuda — have more fully incorporated the concept, with paragraphs or dedicated sections on just transition. The next round of NDCs, in addition to national policies, can spell out these efforts more fully.

As agreed at COP26 in Glasgow, countries are expected to continue strengthening their NDCs this year. But in the lead-up to COP27, progress appears to have reached a plateau.

As countries develop new plans in advance of 2025, it will be important to deliver not just incrementally more ambition, but an entirely different scale of ambition and a clear sense of the transformations countries will pursue.