Biodiversity and endangered habitat have always been difficult to finance, because their economic value isn’t as readily-apparent as that of water, air, and food. In 2015, proponents managed to embed biodiversity protection in major climate-change and development packages, but there’s still a long way to go. 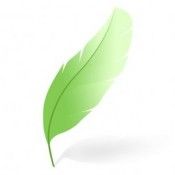 29 December 2015 | Climate negotiators made history on December 12, 2015, when they created a global framework for slashing greenhouse-gas emissions, but  the Paris Climate Accord doesn’t just address greenhouse-gas emissions. It also acknowledges the “importance of ensuring the integrity of all ecosystems, including oceans, and the protection of biodiversity,” and it includes a stand-alone article on forests which, when considering the biological diversity enmeshed in the world’s tropical forests, is as much of a win for biodiversity as it is for the climate.

“The Paris Agreement is a tremendous achievement, and another great step taken by the world to support a sustainable future, a future of life in harmony with nature,” said Braulio Ferreira de Souza Dias, the Secretary-General of the Convention on Biological Diversity (CBD).

It was a fitting end to a year that began when delegates to the CBD’s Conference of the Parties (COP) asked UN Secretary General Ban Ki-moon to integrate biodiversity and ecosystems into sustainable development initiatives – a request that bore fruit in September, when the UN’s General Assembly included biodiversity and nature in its post-2015 development agenda. Seven of the 17 goals have direct links to ecosystem services, with specific language on sustainable agriculture and halting biodiversity loss.

This integration of biodiversity values in sustainable development emerged early as a key to meaningful biodiversity conservation.

In April, the International Union for Conservation of Nature produced new research that explores the mitigation hierarchy’s use in the forestry and agriculture sector.

Over the summer, researchers released a new study valuing ecological restoration as a $25 billion industry, of which mitigation is a big part, and one that generates more jobs than logging, mining or steel production.

Also over the summer, Forest Trends launched the Brazilian Matrix of Ecosystem Services, a database of over 2,000 payments for ecosystem services projects across Brazil.  The project includes an interactive map and a booklet summarizing key findings.

Out in the US plains, attention focused on large swaths of habitat for two ground-dwelling birds: the lesser prairie chicken and the greater sage-grouse.

In 2014, the lesser prairie chicken was listed under the Fish and Wildlife Service’s (FWS) Endangered Species Act (ESA), but this year, a federal court in Texas removed the bird from the list – arguing that voluntary conservation actions were enough to save it. The FWS filed a motion to leave the ESA protections in place while it addresses the court’s issues, and if the court denies the Service’s request, it’s will likely appeal the decision.

It’s been perhaps an even busier year for the greater sage-grouse, as the FWS decided on a listing status in late September. This time, the government decided listing wasn’t warranted, citing massive voluntary conservation actions like the creation of the nation’s largest conservation bank and the first for sage-grouse in Wyoming. Supporters of market-based approaches, such as EDF’s Eric Holst, see growing potential for these solutions in US species conservation.

Even without a listing, restoring the bird’s habitat and securing a healthy population is a huge undertaking and will require continuing multi-stakeholder cooperation that includes state resource management plans, which span 50 million acres sprawled across 10 western states.

In October, several of these different stakeholders met for a spirited conversation during the Society of Environmental Journalists annual conference to discuss a variety of views on best approaches.

Both grouses carry political clout as well, and were mixed-up in legislative riders both this year and last.

At one point or another mitigation and biodiversity were near the core of a number of high level policy discussions. In early November, the administration of US President Barack Obama released a memorandum strengthening and streamlining landscape-level mitigation policy within five federal agencies, directing them to follow the mitigation hierarchy. This, in turn, is expected to lead to an upswing in private investments for natural resources. Coinciding with this announcement is the DOI’s new policy highlighting mitigation as a core policy of public land management.

In other policy news, the FWS is in the early stages of crafting a permitting system that has the potential to motivate development industries to implement bird protection measures and reduce bird deaths. The agency is mulling over several program approaches that all have at least one similar component: each follows the mitigation hierarchy.

And roughly a month prior to the presidential memo on mitigation, the Obama administration issued a memorandum instructing all federal agencies to incorporate ecosystem services and natural infrastructure into its development processes.

Convening at the NMBA Conference

More US news centers on the National Mitigation Banking Association and its annual National Mitigation and Ecosystem Banking Conference, which took place in Orlando this year. Equivalency, streamlining and stacking were among the hot topics this year. Association president Wayne White outlined a strategy of partnering with the Department of Interior to implement new and more inclusive mitigation strategies.

Michael Sprague, founder of the ecological restoration firm, Trout Headwaters Inc, operating out of Montana, held the NMBA reins for a bit before White was reinstated in October, and he shared with Ecosystem Marketplace his key concerns regarding the mitigation industry – namely issues around equivalency and standards.

“A lot of the problems I encounter could have been solved by simply choosing advanced mitigation with consistent high standards that ensures equivalency in its offsets,” Sprague said.

Defining the Blue in Biodiversity

The year also produced valuable research for watery forest ecosystems like mangroves, which contain vital biodiversity and act as nurseries for commercial fisheries while storing massive amounts of carbon. A  study exploring these services assessed Louisiana’s coastal wetlands and opened it up to the carbon markets when it priced the state’s blue carbon value at $1.6 billion. It’s an especially significant discovery when considering mangroves are disappearing faster than any other ecosystem on Earth.

Other regions in the world are seeing value in their coastal regions too. While New York City isn’t managing mangroves, its marshes and sand dunes serve an important purpose in protecting parts of the city against extreme weather. Now, the city is looking to utilize these services and earn revenue. Early this year, officials announced their intention to build NYC’s first wetland mitigation bank as part of efforts to mend Superstorm Sandy damages and prepare for the next giant storm. The city will turn 68 acres of the Saw Mill Creek Marsh in Staten Island into a bank.

And in another region of the world, fishers and researchers search for a new way to manage a critically important but rapidly depleting resource: the hilsa fish in Bangladesh. There, researchers from the International Institute for Environment and Development, officials from the Department of Fisheries and hilsa fishers developed an innovative and inclusive payments for ecosystem services project that compensates fishers to not fish during certain seasons, allowing the species to recover.