Climate change has disrupted the world’s water systems, and a handful of governments and companies have responded with funding for nature-based solutions that support healthy watersheds and good water management. We’ll need a lot more than a handful to get the job done, but 2015 offered some promising potential. 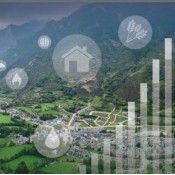 30 December 2015 | For those managing Lima, Peru’s water lows and highs, 2015 is a year to remember. It’s the year regional and national officials formally embraced green solutions to control the desert city’s alternating bouts of droughts, floods, landslides and pollution. One of these solutions is restoring the pre-Incan stone canals carved into the Andes Mountains so they once again absorb the five-month wet season’s downpour, channeling the water into the mountain so it trickles out over a period of months rather than hours.

The structures are called amunas, and they made headlines in 2015 as Peru’s national water regulator sought to utilize them and other “new” green solutions that in fact date back more than one thousand years. The restoration of these pre-Incan structures is just one part of Peru’s larger investment plan to help its watersheds adapt to climate change while sustainably manage urban water supplies using green infrastructure programs. The decision to go big came after a 2015 cost-curve analysis determined green interventions made the most sense – economically and ecologically. The data suggests green interventions are one part of a city’s water infrastructure, and should be blended with typical grey solutions.

Like Peru, other parts of the world utilized nature in 2015 to solve pressing water challenges.  All across Colorado, for instance, water utilities and federal agencies are investing in watersheds to reduce the risk of wildfire, among other threats. Denver Water’s successful partnership with the US Forest Service to manage upstream watersheds with such activities as fuel treatment, erosion control and prescribed burning influenced four similar projects in other parts of the state.

Municipalities are forging ahead with investments of their own, designed to address the overwhelming problem that is stormwater, the dirty water full of dirt and trash that runs off hard surfaces and into waterways after a big rain or snow melt. As advocacy organizations like the Natural Resources Defense Council put legal pressure on the Environmental Protection Agency (EPA) to regulate stormwater more aggressively, Washington D.C. is implementing its Stormwater Retention Credit Trading program. Philadelphia, meanwhile, is linking stormwater fees to the amount of impervious surface on a property.

Companies such as MillerCoors are investing in nature, too, in order to manage scarce resources and make themselves more resilient in the face of adverse weather events – a top motivator for other corporates as well, including Entergy, which operates in the Deep South with business facilities susceptible to hurricanes and floods. Weather risk is driving the company’s engagement in the carbon markets and its support for restoring Louisiana’s coastal wetlands.

We heard a lot about the “water-energy nexus” this year, as more companies came to see the relationship between energy costs and good water management, but Ecosystem Marketplace research still suggests that money isn’t flowing at anywhere near its potential, probably because key decision-makers still don’t see the connection, researchers suspect. Near the end of the year, however, Dow Chemical and the engineering firm CH2M teamed up with The Nature Conservancy to launch the Natural Infrastructure for Business platform.

In the US, perhaps the biggest water-related policy news was the Clean Water Rule, which the EPA and the Army Corps of Engineers finalized in May, though the outcome of this new rule is anything but clear. The rule holds potential to increase demand for mitigation, but opponents took swift action, succeeding in securing a temporary injunction in 13 states in late August, just prior to the date the Clean Water Rule was slated to go into effect.

A federal court in Ohio has since issued a stay on the rule nationwide, as the legal uncertainties are sorted out.

Water quality trading programs continue to emerge, and the Electric Power Research Institute’s water quality trading project in the Ohio River Basin is one example. It encourages Midwestern farmers to reduce runoff in exchange for conservation credits, and project developers had planned to hold the first stewardship credit auction this year. That ended up on hold, but the project is still moving forward, and EPRI is hosting a project update in January 2016.

Payments for ecosystem services practitioners explored microfinance as another method to finance conservation long-term.  The concept is playing out though the marriage between PES and credit is a new one and its success remains an open question.

In Ecuador, the NGO Nature and Culture International spearheaded a water fund model that might be successful in securing clean water for several municipalities of varying sizes in the country’s southern region. The fund, Regional Water Fund of Southern Ecuador (FORAGUA), pools resources from 11 municipalities to manage shared water resources through ecosystem restoration and conservation.

The water-related calamities that either began or continued in 2015 were many, spurring increased conversations about water stress and its issues. And because climate change has a knack for making these disasters worse, leaders from the water space pushed for water to hold a more prominent role in the Paris Climate Accord. Though water wasn’t mentioned in the final agreement, it was included in 75% of the country climate action plans and many in the space felt the resource gained stature.

Earlier in the year, lawmakers introduced groundwater legislation in drought-plagued California, for the first time ever, shortly followed by mandatory water restrictions.

Outside of the US, the scientific community linked Sao Paulo’s super drought to the destruction of nearby forests and wetlands- its natural infrastructure – which led to greater public awareness over the connection between deforestation and water.

The World of Water Conferences

The World Water Council hosted the triannual World Water Forum this year in South Korea, and focused primarily on the world water crisis – a theme the annual World Water Week has also pushed to the forefront. Operating under the theme, “Water for Development,” this year’s event explored such issues as water valuation, contemplating that the low value of water undermines the global water crisis, and collective action in the water space – a complex endeavor that involves forming public private partnerships.

As the year draws to a close, floods and downpours are drowning cities around the world, while drought is choking some of the planet’s most fertile farmlands. The water crisis is, in short, heating up – and maybe 2016 will be the year a critical mass of actors gets the message.