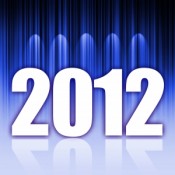 Global climate talks took place in Durban, South Africa, from November 28 through December 9. Here is some of the Ecosystem Marketplace coverage.

Part One: Ugandan Tribe Struggles to Maintain Forests and Access Benefits talks about the status of PES in one Ugandan tribe.

Part Four: Navigating the Durban Daze offers up a list of some important side events among the dizzying array of panels, speakers and workshops at COP17.

Part Five: How Carbon Markets can Help Avert a Chocolate Shortage looks at how cocoa farmers in Ghana can use carbon finance.

Part Six: The Road to Durban looks at this past year’s UNFCCC meetings, giving a glimpse into where discussions will be picked-up at COP17.

Part Seven: “Must-Reads” for Durban provides a reading list to help participants and observers understand and prepare for Durban.

Part Eight: Special Report: Post-Kyoto Hits Home for European Offsetsexplores programs’ limited options for carbon reductions under the Kyoto Protocol and how Durban could change that.

Part Nine: New Guide for Measuring Social and Biodiversity Impacts of REDD looks at a new tool that can ensure REDD will not short shrift the people in the forest.

Part Ten: Ghana Measures Forests from Sky and Land tells the story of efforts in Ghana to blend satellite technology with ground-truthing to lower the cost of measuring forests for REDD.

Part Eleven: Brazil’s State REDD Moving Forward – but the Forest Law might be changing provides an update on the latest from Brazil and sub-national programs

Part Twelve: Carbon Neutrality? Corní¨r Bank Says Put it on Plastic looks at a new credit card that will your purchases carbon neutral.

Part Fourteen: What is Up Next for Forest Carbon after Durban? provides a “just-the-facts” look at the texts and decisions coming out of COP17.

Part Fifteen: Kenyans Put Soil Carbon to the Test discusses a new program in Africa working to change the way subsistence farmers manage their crops, with the goal of conserving topsoil and capturing carbon.

29 December 2011 | The year began on an upbeat note domestically as the EKO Green Carbon Fund (GCF) became the first-ever US carbon fund to focus exclusively on projects that reduce greenhouse gas emissions by improving land use – highlighting the tremendous potential of the US south not only in REDD, but in all ecosystem services.

In Februray, attention shifted to Africa, where the US-based conservation consultancy Wildlife Works Carbon issued the world’s first REDD offset credits under the Voluntary Carbon Standard (VCS).   Specifically, for their Kasigau Corridor REDD project, which protects over 500,000 acres of forest in Rukinga, Kenya. On the other side of the continent, the tiny state of Cross River, Nigeria, was laying the groundwork for a state-wide REDD program, thus securing its spot in an elite network of states that are moving forward as UN talks stall.

But Indonesia, a major emitter, was seeing efforts to impose a moratorium on illegal logging stall out.

In March, the newly-christened Verified Carbon Standard (VCS – formerly the “Voluntary Carbon Standard”) released its long-awaited program update, VCS Version 3, and unveiled the members of its Advisory Committee – which included a who’s who of conservation leaders from governments worldwide, representing a major turning point in the convergence of voluntary carbon practices and government policy.

That theme underlay another theme to emerge that month: the creation of new exchanges to support carbon transactions.   The China Beijing Environmental Exchange (CBEEX) and BlueNext announced the first transaction of pilot voluntary carbon credits under China’s Panda Standard – the nation’s own domestic third-party standard for voluntary carbon reductions, while Kenya soft-launched the African Carbon Exchange (ACX), which is designed to become an independent, for-profit exchange that will attract foreign direct investment (FDI) to Kenya.

Also in March, Ecosystem Marketplace publisher Forest Trends published “Investing in Forest Carbon: Lessons from the First 20 Years”, which combined insights culled from interviews with data collected for Ecosystem Marketplace’s annual State of the Forest Carbon Markets reports.   Forest Trends also conducted a series of international workshop on Nested Approaches to REDD+ targeted to parties engaged in on-the-ground decisions about how to address REDD+.   This resulted in a report published in April entitled Nested Approaches to REDD+: an Overview of Issues and Options.

Also in April, we took stock of efforts on the part of several standards to fine-tune themselves for the future. As private developers have struggled to stay afloat amid a global recession, officials at the major voluntary market standards – Climate Action Reserve (CAR), American Carbon Registry (ACR), Verified Carbon Standard (VCS), Gold Standard and others – have stepped up efforts to streamline their programs and ensure a future will be waiting beyond the storm clouds.

That same month, Indonesian President Susilo Bambang Yudhoyono signed a two-year moratorium on logging in primary forests and dredging in peatlands to unlock up to $1 billion in seed funding from the government of Norway that could help the country earn billions more by saving tropical rainforests and capturing carbon in trees – an initiative that began with high hopes but soon led to disappointment.

Meanwhile, the debate over how to establish deforestation reference levels came to a head in Guyana.

The month closed on one of the lowest notes in REDD history, when prominent Brazilian anti-logging activist José Claudio Ribeiro “Ze Claudio” da Silva was murdered along with his wife, just hours before the country’s Chamber of Deputies overwhelmingly voted to defang the 75-year-old Cí³digo Florestal (Forest Code).

In June, Ecosystem Marketplace reported that the voluntary carbon market shrugged off policy failures and the closure of the Chicago Climate Exchange in 2010 to post a 34% surge in volume to a record 131 million tons of carbon dioxide equivalent (MtCO2e) worth at least $424 million, according to Back to the Future: State and Trends of the Voluntary Carbon Markets 2010, published Thursday by Ecosystem Marketplace and Bloomberg New Energy Finance.

In July California announced it would delay enforcement of its cap-and-trade scheme until 2013, a year later than previously planned, while the first reports of an alleged violation of Indonesia’s deforestation moratorium began to emerge.

That same month, Mexico’s Bosque Sustentable AC wrapped up three years of validation to become the first Mexican forest carbon project recognized under the VCS.   The project also earned “Gold” validation under the CCB Standard, which focuses on benefits beyond carbon such as job creation and habitat conservation.

In August, two private companies – Vitol and Enserco Energy Inc – executed the first transaction under the California Greenhouse Gas Cap-and-Trade Program, and Profit-minded banking group Macquarie and environmental non-profit Flora and Fauna International formed a $25 million partnership to scale up REDD activity, and they have $25 million to invest.

In September, we began our coverage of forest carbon in Africa in the lead-up to year-end climate talks in Durban, South Africa (see “Durban 2011”, right), just as bureaucratic machinations on the part of Indonesia’s Ministry of Forestry knocked the wind out of a pioneering forest carbon project that had become one of the first to attract big-league financing, leaving many in doubt about the country’s commitment to REDD.

That same month, we released “State of the Forest Carbon Markets 2011: From Canopy to Currency”, which showed that investors and buyers had funneled   a record $175 million to support forest carbon projects in 2010, representing commitments to sequester enough carbon to offset nearly 30 million tons of carbon dioxide (CO2) emissions.

We spent most of December focused on COP 17, which yielded the Durban Platform – a two-page document establishing a timeline and process for instituting a treaty for mandatory caps on emissions for developing and developed countries. Our daily blog from Durban leaves a chronicle of negotiations related to land use, and our post-conference summary provides a summary of the Durban Platform itself.