Twenty years ago, the IPCC warned that global warming would melt arctic ice, releasing methane that drives up temperatures faster and faster. It’s a nightmare scenario that mainstream media dismissed as something akin to apocalyptic fiction, but now it’s here. Nature-based solutions may still be able to help us avert the worst effects, but are we willing to pay for them? 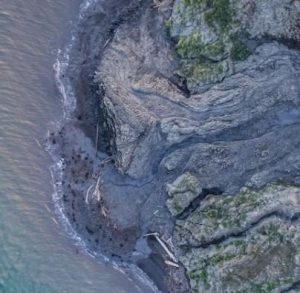 13 June 2019 | Four years ago, economists pegged the social cost of carbon – or the amount of damage each ton of carbon dioxide will do to future generations – at about $40 per ton. It came, however, with the caveat that the cost would skyrocket if we didn’t act fast, or if the arctic tundra melted to a point that it began releasing gigatons of carbon dioxide and methane trapped in frozen bogs below the surface.

Why should that scare the hell out of us?

Science reporters duly covered this nightmare scenario, but the major media outlets that guide public debate treated it as something akin to apocalyptic fiction.

Now, it’s happening. A new study published in the Journal of Geophysical Research shows that melting ice up north is already driving up temperatures in the US Southeast and southern Plains.

Every day that passes, the cost of fixing the mess rises. It may already be multiples of the $40 figure from just a few years back.

The Washington Post has long been solid on science, and they ran a piece last month that should have led every newscast in the country. “It was 84 degrees near the Arctic Ocean this weekend as carbon dioxide hit its highest level in human history,” the headline screamed.

This week researchers at the University of Edinburgh released findings from surveys taken in 2017, when they spent 40 days measuring coastal permafrost in the arctic. Now they know that the coast is eroding six times faster than usual, losing 47  feet in those 40 days alone.

Science writer Joe Romm put this into context in a piece on ThinkProgress, where he references several other studies that most outlets continue to ignore.

He points out, for example, that Siberia’s permafrost has warmed by 1.6°F in just the last decade, and that a 2017 study of the Alaskan tundra found that it had already stopped absorbing carbon and become instead a net source of carbon dioxide.

The study also finds that the melting sea ice is weakening the jet stream. A weaker jet stream causes summer weather systems to stall, leading to longer and stronger heat waves — and other extreme events, as recent studies have reported. As the Arctic warms, the ice retreats — and the recent record Arctic temperatures have led to the second lowest amount of sea ice on record for June (after 2016).

The challenge is enormous, but solutions – especially natural climate solutions – are emerging.  Researchers from the University of Vienna and the Arctic University of Norway have identified the mechanisms through which methane-oxidizing bacteria called Methylocapsa Gorganabreak down methane before it escapes into the air. They published their findings in the Proceedings of the National Academy of Sciences, which also published the seminal 2017 paper showing that existing natural climate solutions can get us 37 percent of the way to meeting the Paris Agreement’s 2-degree target, and are absolutely essential to meeting the 1.5-degree target.

The longer we wait to pay the true cost of carbon, whether through carbon markets or some other mechanism, the higher that cost will be.