Thirty-eight investors representing $617.5 billion in assets have ratcheted up pressure on companies to make zero-deforestation commitments, while the UK government has seen a threefold increase in sustainable palm purchases, and the French National Assembly recently adopted a corporate supply-chain monitoring law. Here is a quick round-up of supply-chain stories you may have missed. 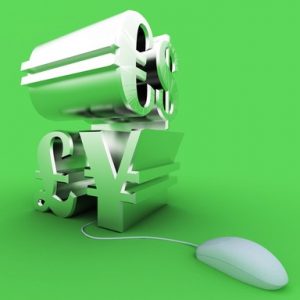 8 March 2017 | Green Century Capital Management announced it has organized 38 investors in the U.S. and globally, representing $617.5 billion in assets under management, to ask that companies reaffirm and extend zero deforestation commitments specifically to Latin America.

These investors have requested that ADM, Bunge, McDonald’s, Wal-Mart Stores and others consider the material financial risks that they face from deforestation – including the risk posed “stranded land” that cannot be developed due to zero-deforestation supply chain agreements and government policies. For example, there are 6.1 million ha of stranded land in Indonesia. The coalition wants these firms to drop suppliers that cause deforestation.

Signatories of the Latin America Forest Protection Initiative are requesting that companies adopt policies modeled on the region’s successful soy moratorium. Recent research shows that deforestation rates have increased again across the South American continent. According to the Food and Agriculture Organization (FAO) of the United Nations, South America experienced the largest loss of forest area globally between 1990 and 2015. This has severe consequences: recent analysis shows that global emissions from deforestation are five times greater than the emissions from global aviation.

As a signatory to the landmark Amsterdam Declaration, the UK government will continue to collaborate on this industry- and NGO-led initiative to incentivize purchases of CSPO to decrease carbon emissions. The Declaration aims to achieve sustainable and deforestation-free agricultural commodity supply chains in Europe by 2020, including in government procurement. Denmark, France, Germany, the Netherlands and Norway are also signatories.

Last month, France adopted a law requiring companies to establish mechanisms to prevent human rights violations and environmental damage throughout their supply chains. Affected companies must establish and implement a supply chain monitoring plan that identifies and prevents human rights abuses, health and safety rights violations, and environmental damage. The plans must cover parent companies, suppliers and subcontractors, and between 150 and 200 companies will be impacted by the new law.

Failure to comply with the plan could incur civil fines up to €10 million, although the total amount could reach up to € 30 million if failure to develop a plan leads to injuries that could otherwise have been prevented. Companies covered by the law include those that operate at least partially in France with at least 5,000 employees and a head office in the country, or 10,000 employees in France when their head office is located abroad.

The law s based on the UN Guiding Principles on Business and Human Rights, the EU Non-Financial Reporting Directive, and the UK Modern Slavery Act. Other similar laws are under consideration by other EU governments.

Gabriel Thoumi, CFA, FRM, created this independent analysis for Chain Reaction Research, which is a coalition of Aidenvironment, Climate Advisers and Profundo.