As with any bureaucratic process, submitting the INDCs (Intended Nationally-Determined Contributions ) to the UN has been tied up in delays, extensions and some fudging. But earlier this week, the World Resources Institute launched the CAIT Paris Contributions Map to translate the submissions from wonkspeak into plain language, and also to map them in a way that will help us all keep score. 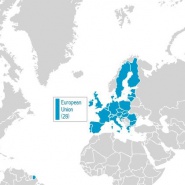 As with any bureaucratic process, submitting the INDCs (Intended Nationally-Determined Contributions  ) to the UN has been tied up in delays, extensions and some fudging. But earlier this week, the World Resources Institute launched the CAIT Paris Contributions Map to translate the submissions from wonkspeak into plain language, and also to map them in a way that will help us all keep score.

This story has been adapted from a WRI blog post by Jenna Blumenthal, Mengpin Ge, Johannes Friedrich and Thomas Damassa. Click here to view the original. This article was also posted on the AnthropoZine.

27 March 2015 | Earlier this week, the World Resources Institute (WRI) launched its CAIT Paris Contributions Map, a new tool on the CAIT Climate Data Explorer for tracking and analyzing intended nationally determined contributions (INDCs), which are the national climate action plans that will form the basis of a new international climate change agreement, set to be finalized during a high-level climate summit in Paris in December (COP 21).

Countries are supposed to submit their plans to the United Nations Framework Convention on Climate Change (UNFCCC) by the end of March, with an automatic extension to mid-year for those unable to meet the deadline. To shine a light on the process, WRI will be watching the UNFCCC web site for new INDCs and then translating the mitigation-related elements of country plans into a uniform format on the map, making it easy for users to explore what information countries have submitted, how countries’ plans compare to one another and where more information can be helpful.

Only Switzerland and the European Union (EU) have released their INDCs thus far. Other major economies are expected to announce their INDCs by the end of the month. Already, some initial findings are emerging:

Switzerland plans to reduce its greenhouse gas emissions 50 percent below 1990 levels by 2030 and has additional emissions-reduction goals in 2025 and 2050. Its contribution is quite transparent in detailing how the country plans to achieve its 2030 target. For example, it specifies that the country will use credits from international market mechanisms, such as offsets, and how it seeks to avoid“double counting” reductions inside and outside its borders. It also generally describes how the country’s contribution can be considered fair and ambitious in the global effort to limit Earth’s overall temperature rise to 2 degrees C (3.6 degrees F) compared to pre-industrial levels, thus preventing some of the worst impacts of climate change.

Likewise, the EU transparently addresses many critical aspects for how it will achieve its goal of reducing its emissions at least 40 percent below 1990 levels by 2030. The contribution provides a list of the sectors and gases covered, and includes methodologies for estimating emissions.

However, a few key elements of the EU INDC could use more detail. In particular, further clarity on assumed accounting approaches for emissions and reductions from the land use, land-use change and forestry (LULUCF) sector would strengthen the contribution. This lack of transparency can have implications for interpreting the contribution’s expected outcomes. For example, there is a debate as to whether including LULUCF in the 2030 target—and counting carbon sequestration—could make it easier for other sectors, such as buildings and transport, to make less serious cuts in their emissions.

INDCs are the primary mechanism for governments to communicate their climate plans to the rest of the world prior to the Paris summit. What countries put in them–and whether or not they follow through on their plans–has implications for us all. The ability to clearly understand countries’ INDCs and what they mean for future emissions and climate impacts is critical for ensuring success.

The interactive map creates transparency around these INDCs, which can help:

In the weeks and months to come, we will continuously update the CAIT Paris Contributions Map so it can serve as the go-to place for learning about countries’ mitigation contributions. In the meantime, users can explore the CAIT Pre-2020 Pledges Map, which profiles mitigation pledges that countries submitted to the UNFCCC in 2009 and 2010 and are working to implement through 2020.