The United Nations Framework Convention on Climate Change has consistently failed to deliver a global agreement on greenhouse gasses, but regional initiatives form Kazakhstan to California, encompassing both cap-and-trade and carbon taxes, are emerging to fill the void, according to new research the World Bank, released today at Carbon Expo in Cologne. 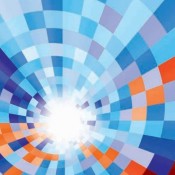 The United Nations Framework Convention on Climate Change has consistently failed to deliver a global agreement on greenhouse gasses, but regional initiatives form Kazakhstan to California, encompassing both cap-and-trade and carbon taxes, are emerging to fill the void, according to new research the World Bank, released today at Carbon Expo in Cologne.

28 May 2014 | COLOGNE | Globally, eight new carbon markets emerged in 2013, and six new regional cap-and-trade regimes have emerged in China since 2011, with a seventh set to begin trading there this year. That makes China’s carbon market second only to the European Union’s, and is indicative of the way regional and sub-national governments are beginning to step up on climate change in ways that national governments and international efforts have failed to do, according to the World Bank’s “State and Trends of Carbon Pricing”.

The report was co-created with energy consultancy Ecofys and conspicuously re-named from previous iterations, which were called “State and Trends of the Carbon Market”. The rebranding is an effort to reflect the emergence of carbon taxation programs in Mexico, France, and elsewhere. In total, the Bank says that 39 national and 23 sub-national jurisdictions have either implemented or are scheduled to implement carbon pricing instruments, which include both cap-and-trade systems and taxes, even as the number of new offset projects listed under the Kyoto Protocol’s Clean Development Mechanism (CDM) plunged 90%.

“We see clear momentum between governments, sub-national jurisdictions, and businesses to value carbon,” said Simon Whitehouse, Acting Manager of the World Bank’s Carbon Finance Unit. “[They] are moving ahead without a global agreement in place, and they are taking steps to put a price on carbon – steps that could build from the bottom up to form a globally-connected, interlinked carbon market.”

In North America, the US states of Oregon and Washington are exploring carbon pricing options to join California and the Canadian provinces of Québec and British Columbia.

“While overall progress at the national level in China and the United States may take some time, it is remarkable that the world’s two largest emitters are now home to carbon pricing instruments,” said Alexandre Kossoy, who led the World Bank team that contributed to the report. He is a Senior Financial Specialist at the World Bank’s Carbon Finance Unit.

“It is clear that carbon pricing policies are here to stay – the widespread use of these policies in all corners of the globe is striking,” said Alyssa Gilbert, who is head of market-based mechanisms at Ecofys. “The diversity of approaches will help policy-makers learn what works and what doesn’t and will contribute to our ability to improve the effectiveness of this tool in combating climate change.”

The findings dovetail with those of the Ecosystem Marketplace State of Voluntary Carbon Markets report, which is also being previewed in Cologne today. That report found that, while core voluntary volume dipped slightly, “pre-compliance” volume evaporated. Most of that migrated to California’s cap-and trade program, which launched in December 2012 and entered into its first compliance period on Jan. 1, 2013.

The World Bank’s Alex Kossoy discusses the proliferation of regional programs in China and the United States.

With so many domestic programs proliferating around the world, does a binding international agreement really matter? Rick Saines, who heads the North America Climate Change and Environmental Markets Practice of Baker & McKenzie LLP, says it does – but not in the way most of us believe. He says that a global agreement can provide guidance for individual countries, but domestic policy will ultimately drive climate change. We caught up to him after a side event at the Carbon Expo in Cologne.