The World Bank’s Forest Carbon Partnership Facility today approved the methodological framework for its Carbon Fund, setting the stage for the deployment of nearly $390 million to pilot performance-based conservation programs in the developing world. 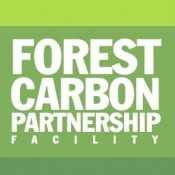 9 December 2013 | Less than a month after the United Nations Framework Convention on Climate Change (UNFCCC) approved the seven decisions that comprise the “REDD Rulebook”, the World Bank’s Forest Carbon Partnership Facility (FCPF) today signed off on a new Methodological Framework for its Carbon Fund.

Finalized during a meeting of Carbon Fund Participants in Paris, the new framework unshackles nearly $390 million already committed to piloting programs that use carbon finance to save endangered rainforest and reduce greenhouse gas emissions from deforestation and forest degradation (REDD+) in the developing world.

“The completion of rules for the Carbon Fund marks a major step forward in the effort to slow emissions from the destruction of tropical forests,” said Duncan Marsh, The Nature Conservancy’s director of international climate policy. “For the first time, governments, working with civil society and the private sector, have agreed on how to finance and measure reducing emissions from forests, while benefiting local communities. This will not only unlock the $390 million in the Carbon Fund, but will set important precedent for other policy initiatives that are aiming to protect tropical forests.”

The Carbon Fund is designed to pilot programs that use performance-based payments to save endangered forest, and the methodological framework lays out the criteria that countries must meet before they can participate. Performance-based funding, however, can only flow to countries that have moved through the initial “readiness” phase, which is being funded through the FCPF’s other mechanism, the Readiness Fund.

Many countries have begun the readiness process, but they have had little incentive to see it through to completion. Lloyd Gamble, the Senior Forest Carbon Program Officer for WWF-US, says the new framework offers both an incentive to move forward and clarity on how to proceed.

“Tropical forest nations can now move forward and engage in REDD+ with a clear understanding of what they need to deliver in order to receive valuable performance-based payments for the conservation of their tropical forests,” he says.

Countries that want to receive REDD+ finance must use the readiness phase to develop an Emissions Reduction Programme Idea Note (ER-PINM). Once that is accepted by the FCPF, the country can apply for funding from the Carbon Fund – and they must do so by the end of 2015.

“The Methodological Framework allows ER-PINs to be assessed against these rules and to move forward to the next stage: the Emissions Reductions Program Development, which will also be addressed under this framework,” says Josefina Braí±a-Varela, the Policy Director for WWF International’s Forest & Climate Programme. “Once countries have completed that phase, which includes the submission of a Reference Level and a Benefit-sharing Plan among many other requirements, then the approved Programs can move to the signature of the Emissions Reductions Purchase Agreement or ERPA.”

The Carbon Fund’s Participants Committee (PC) explicitly designed the fund to work for both high-deforestation and low-deforestation countries, and its principles clearly call for a high degree of adaptability.

“The Methodological Framework for the Carbon Fund (CF) is not expected to consist of detailed calculation methods or protocols,” the principles state. “Rather the Framework should provide the overarching guidance and act as a standard that is designed to achieve a consistent approach to carbon accounting and programmatic characteristics”.

What’s in the Framework

The framework has not yet been posted, but a draft posted in September showed a detailed set of criteria consistent with the best practices laid out by the Intergovernmental Panel on Climate Change (IPCC) and based on a reference period of roughly 10 years.
For countries with high rates of deforestation, the framework uses a reference level based on historical rates of deforestation, but a more complex set of options were offered for countries with historically low deforestation rates. Their emission level, however, will still be capped at 0.1% above historical averages.

“WWF is also pleased that these new Carbon Fund guidelines are also intended to be consistent with UNFCCC guidance,” said WWF’s Brana-Varela. “Specifically, they link to important REDD+ social and environmental safeguards under the UNFCCC, of which WWF has been a proponent.”

She also gave the framework high marks for supporting a jurisdictional/subnational approach that can be scaled up to the national level, which the UNFCCC decision failed to do. That approach has proven popular among funders and donor nations like Norway, the United States, the United Kingdom, and Germany, who see it as a way to target areas with the highest rates of deforestation.