The Willamette Partnership has been building a first-of-its kind marketplace for ecosystem services that allows landowners to cash in on properties generating more than one ecosystem benefit. As Willamette puts its model to the test, we take a closer look at what makes it tick. 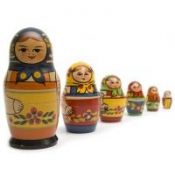 The Willamette Partnership has been building a first-of-its kind marketplace for ecosystem services that allows landowners to cash in on properties generating more than one ecosystem benefit.   As Willamette puts its model to the test, we take a closer look at what makes it tick.

11 January 2010 | Imagine a market in which environmental restoration projects earn precisely the credit they deserve – no more, no less.   The planting of a Douglas-fir plantation in the Pacific Northwest, for example, would earn credit for carbon sequestration, but lose a few dollars for destroying an existing prairie habitat.   A project that restores river banks would earn credit for improving water quality, reducing surface runoff, and restoring the natural habitat of countless species.

It’s all part of what David Primozich, Executive Director of the Willamette Partnership, describes as a more holistic approach to ecosystem markets.

“People are gearing up to spend a lot of money on the environment,” he explains.   “We want to make sure that this money achieves the greatest environmental result.”

Rather than perfecting one restoration project at a time, he says, it’s time to take a look at the big picture.   And this is where the story of The Willamette Partnership begins.

The Willamette Partnership is a non-profit organization with the mission of expanding the pace, scope, and effectiveness of restoration in Northwestern Oregon’s Willamette Basin.

Its “Counting on the Environment” program, funded by a grant from the Natural Resources Conservation Service, develops tools for land managers to participate in emerging ecosystem service markets.   The program aims to reward landowners for undertaking the best restoration actions in the best places.

In August, the group passed a major milestone as twenty-five stakeholders reached a consensus on its General Crediting Protocol.   The protocol gives landowners a single process to follow in the generation of four ecosystem credit types: salmonid habitat, upland prairie habitat, wetland, and water quality/temperature.

While Willamette is not the first to propose a multiple-credit marketplace, the new protocol adds a few twists to markets we’ve seen before.

Been There, Traded That?

North Carolina project developers have for years been snatching both wetland and water quality credits from the same plot of land.   We call this strategy “credit stacking” because it allows landowners and project developers to earn two payments from one restoration activity.   This strategy, however, has come under fire by environmentalists, and it seems likely that the regulatory loophole allowing stacking will soon be eliminated.

Skipping to the west coast, California project developers have also encountered projects that generate more than one type of ecosystem benefit.   Developers have dipped their hands in both species banking and wetland mitigation due to requirements of the Endangered Species Act and Section 404 of the Clean Water Act, respectively.   But crediting in this case is an either/or process – developers never offer two credit types from the same plot.   In fact, California-based developer Wildlands Inc. “bundles” multiple species into one credit, meaning that the market will not be distinguish the values of individual species, but instead recognizing the biodiversity value of a given patch of land.

Willamette will depart from both approaches by allowing landowners to create and sell multiple credit types.   Unlike bundling, this market approach provides distinct currencies for four types of environmental improvement.   According to Wildlands Inc. Project Developer Brian Monaghan, the most groundbreaking aspect of Willamette’s program is its inclusion of water temperature credits.   As he puts it, temperature credits “add the third leg of the stool,” helping to set the stage for an entirely new market.

David Primozich explains that the new approach aims to scale up demand for ecosystem improvements.

“To get restoration at a scale that makes a difference, we need many more buyers,” he says.   “A multi-credit system is as much about attracting buyers to the market as it is about providing incentives for private landowners to restore multiple ecosystem services.”

Until recently, most multiple-crediting systems have used an area- or acres-based approach to determine ecosystem value. Under this method, developers offset degraded land by restoring an equal area, regardless of the resulting ecosystem improvements.

While the acres-based approach may be easy to implement, it does not provide any incentives for preserving the most valuable areas.

The functions-based approach, on the other hand, is designed to more accurately reflect the true environmental value of individual pieces of land.

Willamette breaks the function-based approach down into two steps. The initial valuation involves an in-office collection of spatial data and information from existing databases.   This data is used to segment a larger plot of land based on the ecosystem services it provides.   Highly functional areas will be separated from less functional areas.

In the second phase, these segments will be revised and verified through field data collection. Willamette will then use its credit calculators to determine the value of each segment, and ultimately the entire plot of land.   This value will be expressed in units of functional acres, or functional linear feet.

What About Double Counting?

As with any other ecosystem market, Willamette’s multi-credit scheme will need to tackle the issue of double – or in this case quadruple – counting.

Here’s the dilemma: if a landowner restores an area generating four credit types, most environmentalists ague that he should not collect four times the profit – he is, after all, only restoring one plot of land.   On the other hand, the landowner might argue that he should be rewarded for providing maximum benefits to the ecosystem.

Willamette satisfies both sides by matching compensation to the best environmental practices. Say a landowner uses Willamette’s metrics to measure the functions of 30 areas of wetlands.   After completing the valuation stages, Willamette determines that the land will generate 30 million kilo calories per day of temperature credits and 300 weighted linear feet per day of salmon credits.

The landowner observes the current market price for salmon credits and decides to sell the credits generated from 20 acres.   By doing so, his pool of available water temperature credits drops to those generated from the remaining 10 acres.   In other words, after selling 2/3 of the salmon credits, the landowner may only trade 1/3 of the original allocation of any other credit type.

Under this system, ecosystem improvements are only counted once.   At the same time, it is in the landowner’s best interest to acquire as many credits types as possible.   Properties generate credits at different rates, and each credit type has a different expiration.   Water temperature credits, for example, expire after one year while salmon habitat credits represent a permanent improvement.   By generating more than one credit type, landowners can diversify their portfolios and mitigate risk.

Damon Hess, who works with the ecosystem marketplace team at Parametrix Consulting, puts it this way: “The land owner designs a project that would produce more than one kind of credit (better for the land) and then makes an informed decision about the optimal return on investment   (better for the owner).”

Having developed its crediting protocol, the Willamette Partnership will spend the next two years running a pilot program where transactions will result in actual ecosystem improvements.   Willamette is currently in the process of enrolling participants in this test-market.

“The pilots are essential for us,” says Primozich.   “Having engaged agencies and interest groups so heavily, we are very confident that we have a system that is as good as it can get on paper.   The pilots will enable us to dig into the details at multiple sites, and ensure we’re getting better ecological results.”

Willamette will keep its fingers crossed as agencies such as the Fish and Wildlife Service, Oregon Division of State Land, and the Army Corps of Engineers dig deeper into regulations to support a multi-credit market.

Meanwhile, project developers like Monaghan will closely monitor the development of both the regulations and the pilot projects.   According to him, the two go hand-in-hand: “When Wildlands wanted to expand, we looked for a regulatory authority, a progressive regulatory framework, and people like David Primozich leading the ecosystem services march.”

Caroline Ott is a Research Associate for the Carbon and Water Programs at Ecosystem Marketplace.

When is Credit Stacking a Double Dip?